Football kit news from Ligue 1 in France as a limited edition Lille OSC 75th anniversary kit made by New Balance has been released. 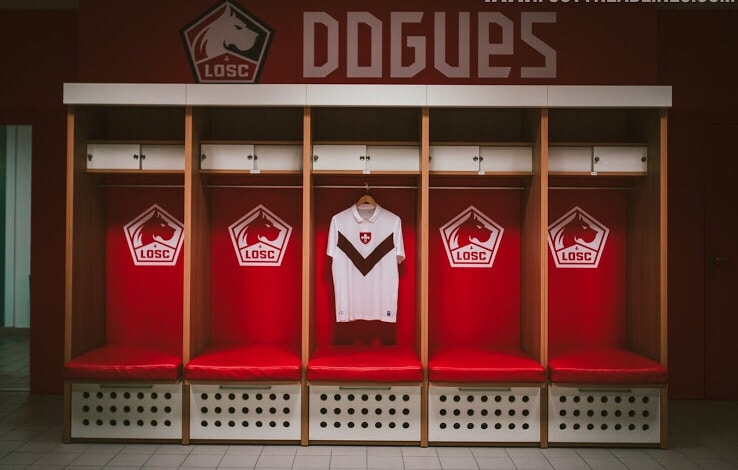 The Lille 75th anniversary jersey is based on the first kit worn by the club back in 1944 when Olympique Lillois and SC Fives merged. 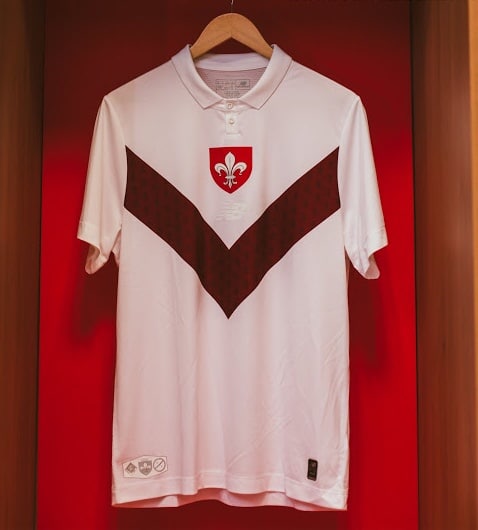 The jersey is white with a dark red chevron on the front that features the Fleur de Lys, the clubs first crest repeated on the chevron in a tonal dark red. 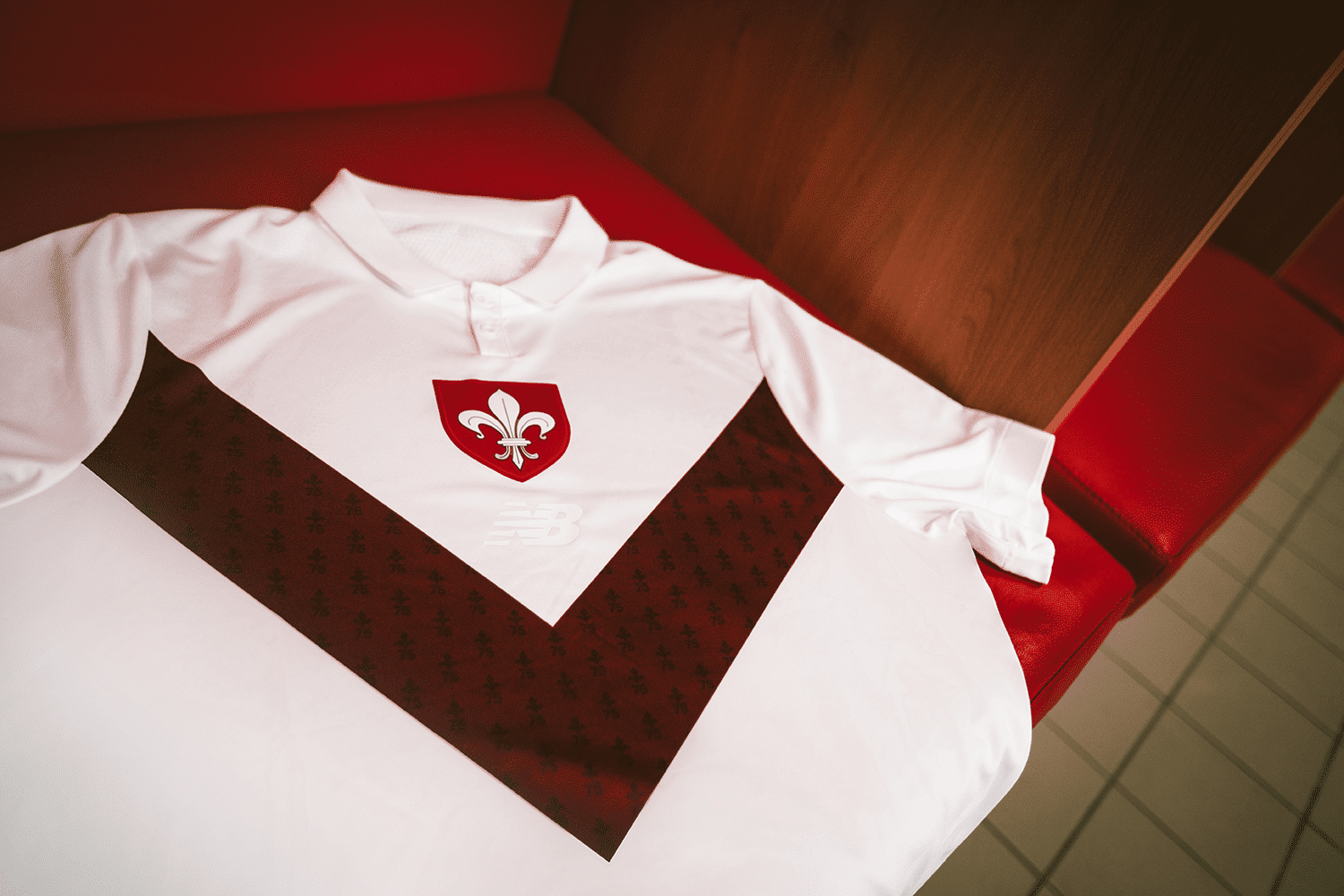 Above the chevron beneath the white polo neck collar is a retro Lille OSC badge, the first used by the club. 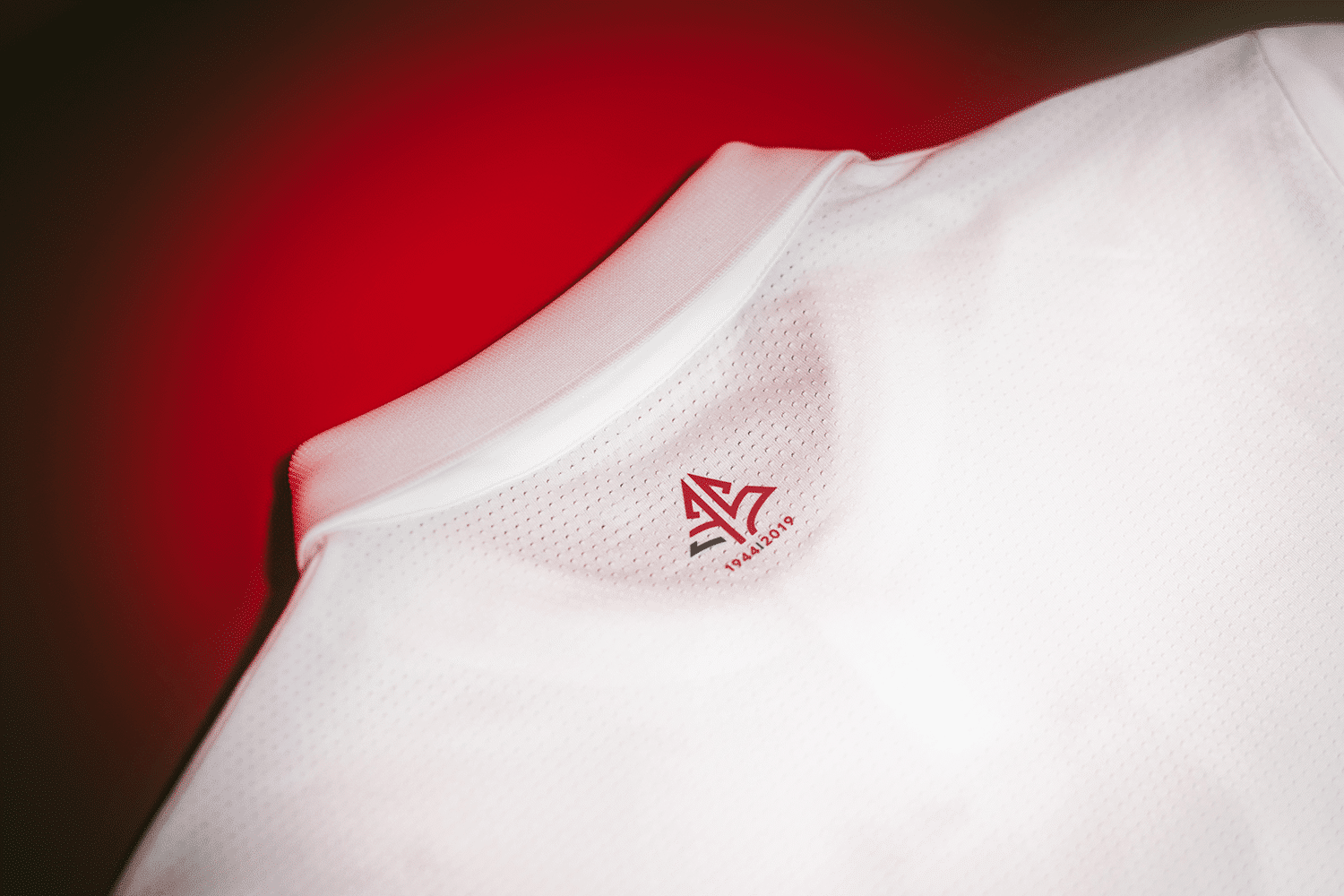 Under the classic Lille badge is a white NB logo which is barely noticeable and adds to the vintage look of the football shirt. 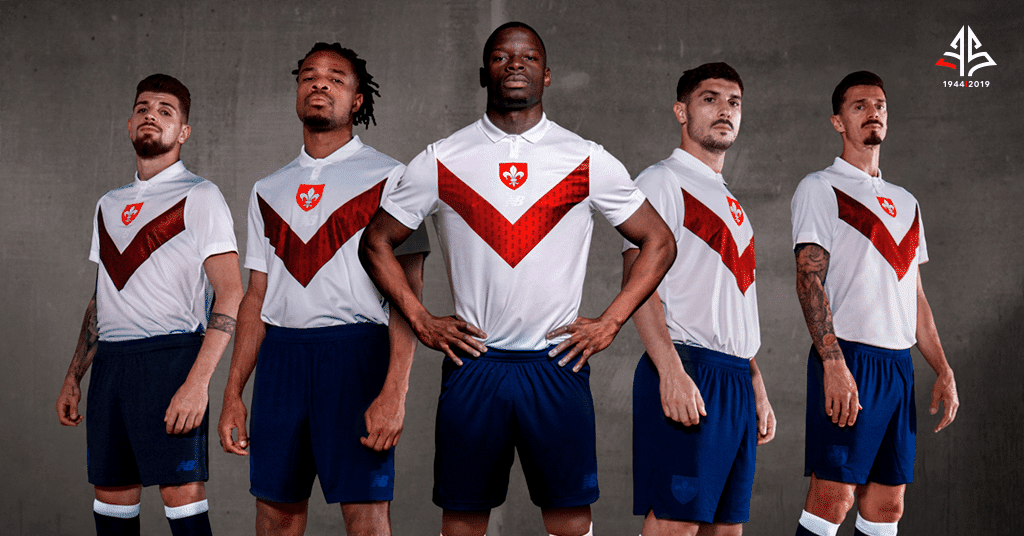 Boulanger the clubs current shirt sponsor celebrate their 65th birthday and so have their very first logo on the side of the sleeve. 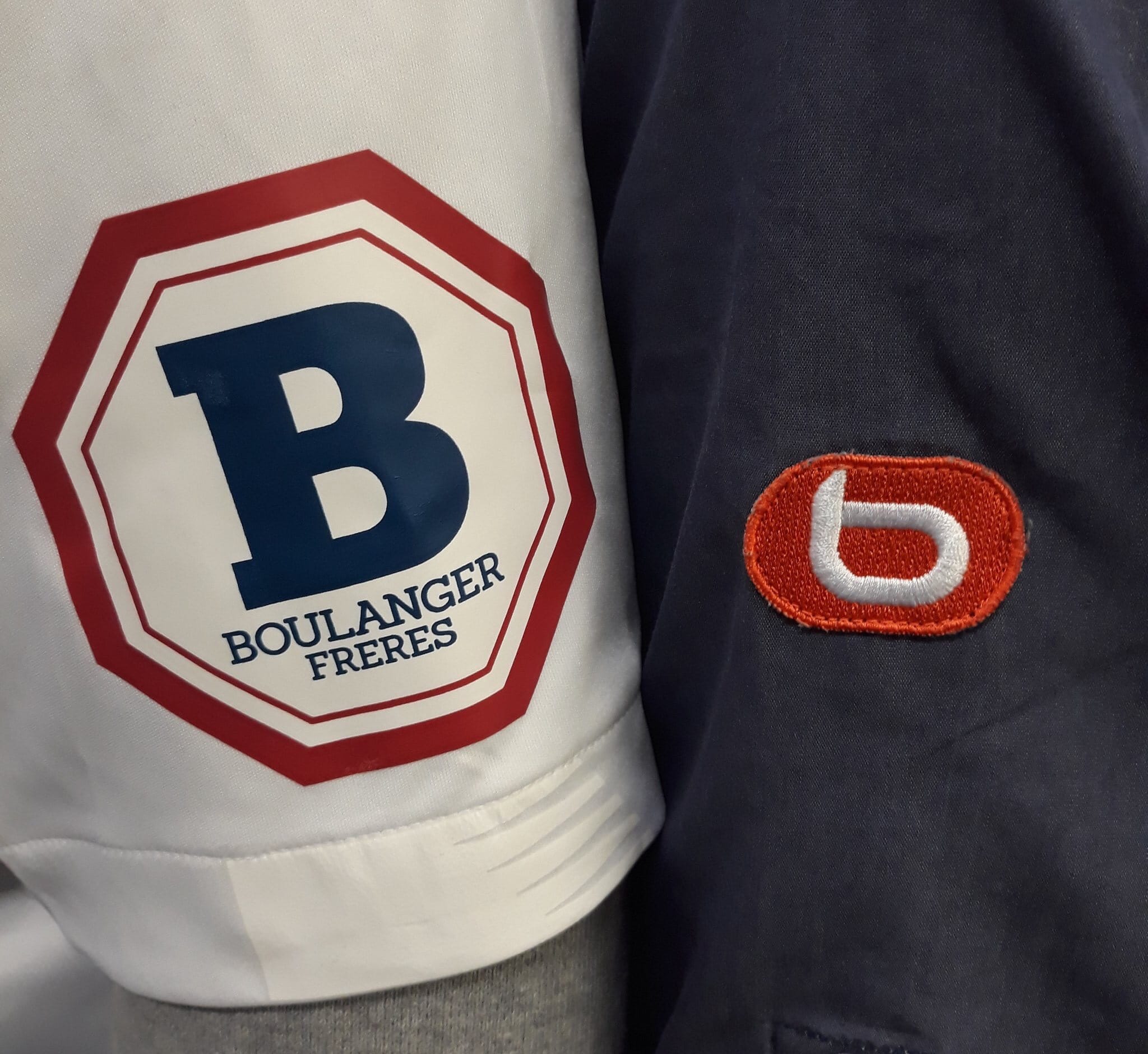 Only 1944 of the limited edition 75th Anniversary Lille jerseys will be main available to the public with each one individually numbered.

Buy a classic Lille OSC shirt from The Kitman!