Football kit news from Serie A as the Lazio 120th anniversary kit made by Macron has been officially revealed. 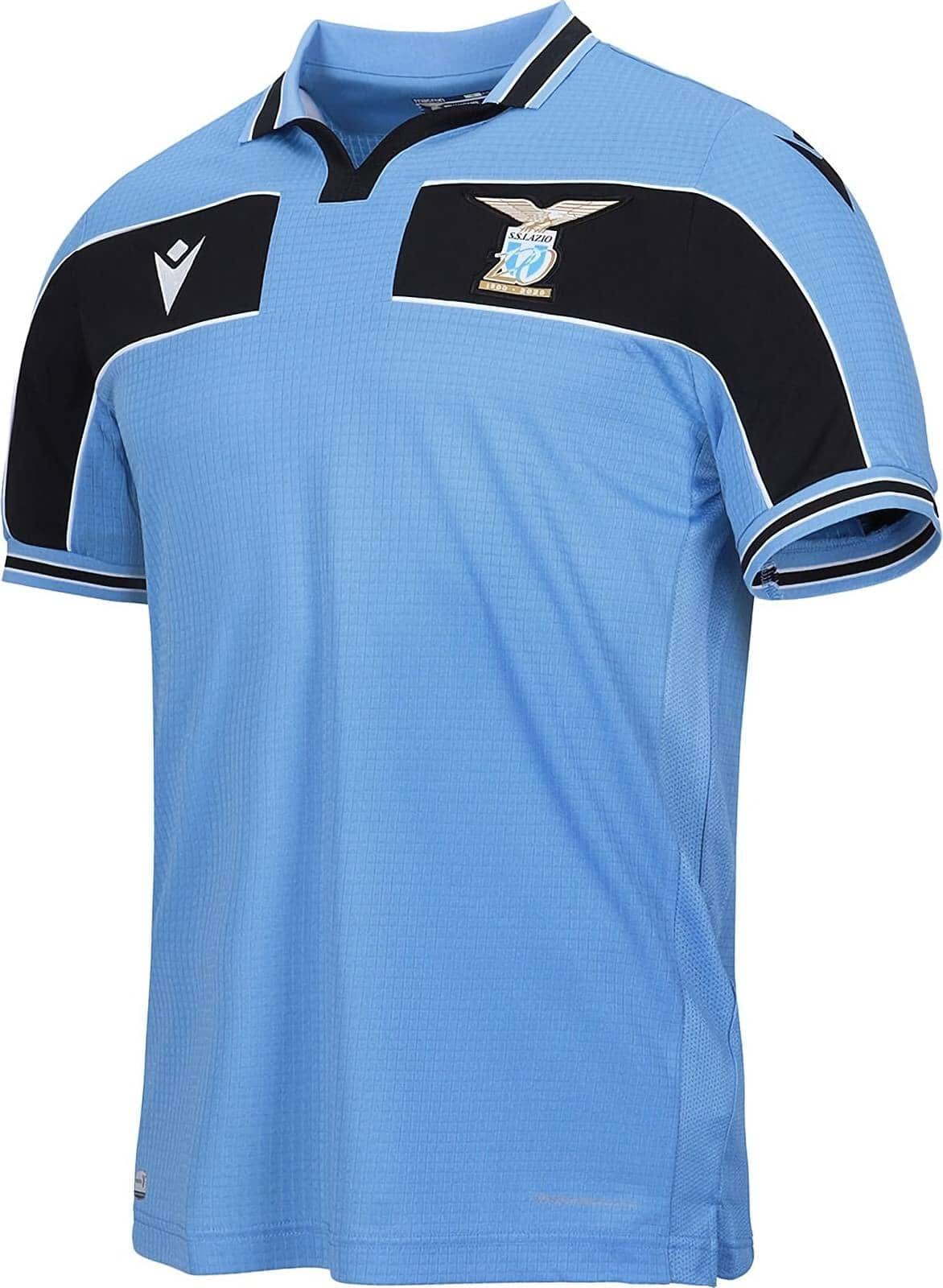 Inspired by the home shirt worn in the late nineties by the likes of Vieri, Simeone, Nedved and Veron the 120th anniversary Lazio shirt is light blue with a black band that runs across the top of the chest and on the front of the sleeves. The band features a thin white outline.

Both the collar and cuffs have a black band with a thin white border. 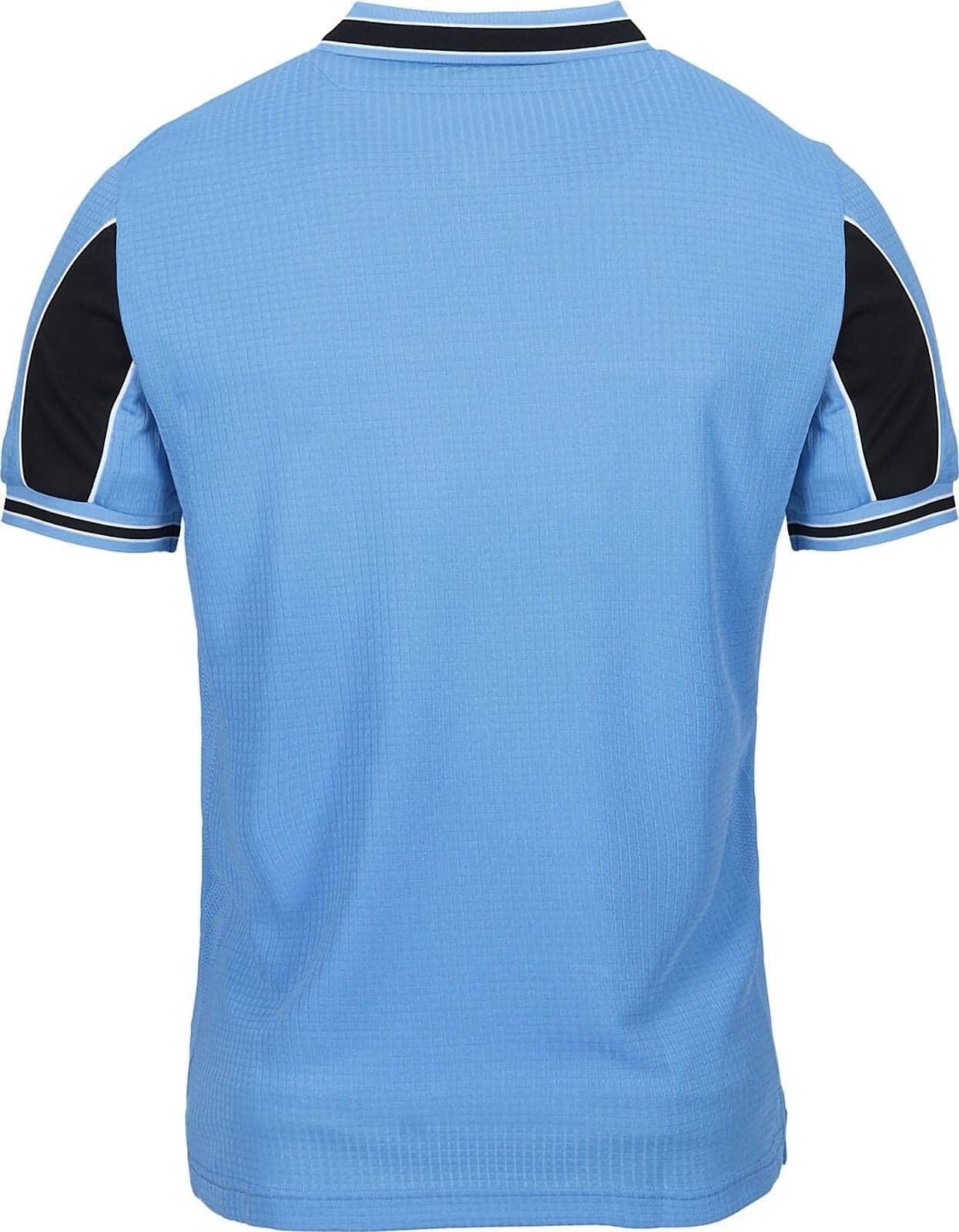 On the back of the neck is the club crest as well as the clubs motto “Noi Lamiamo E Per Lei Combattiamo” which translates as “We Love It And Fight For You”. 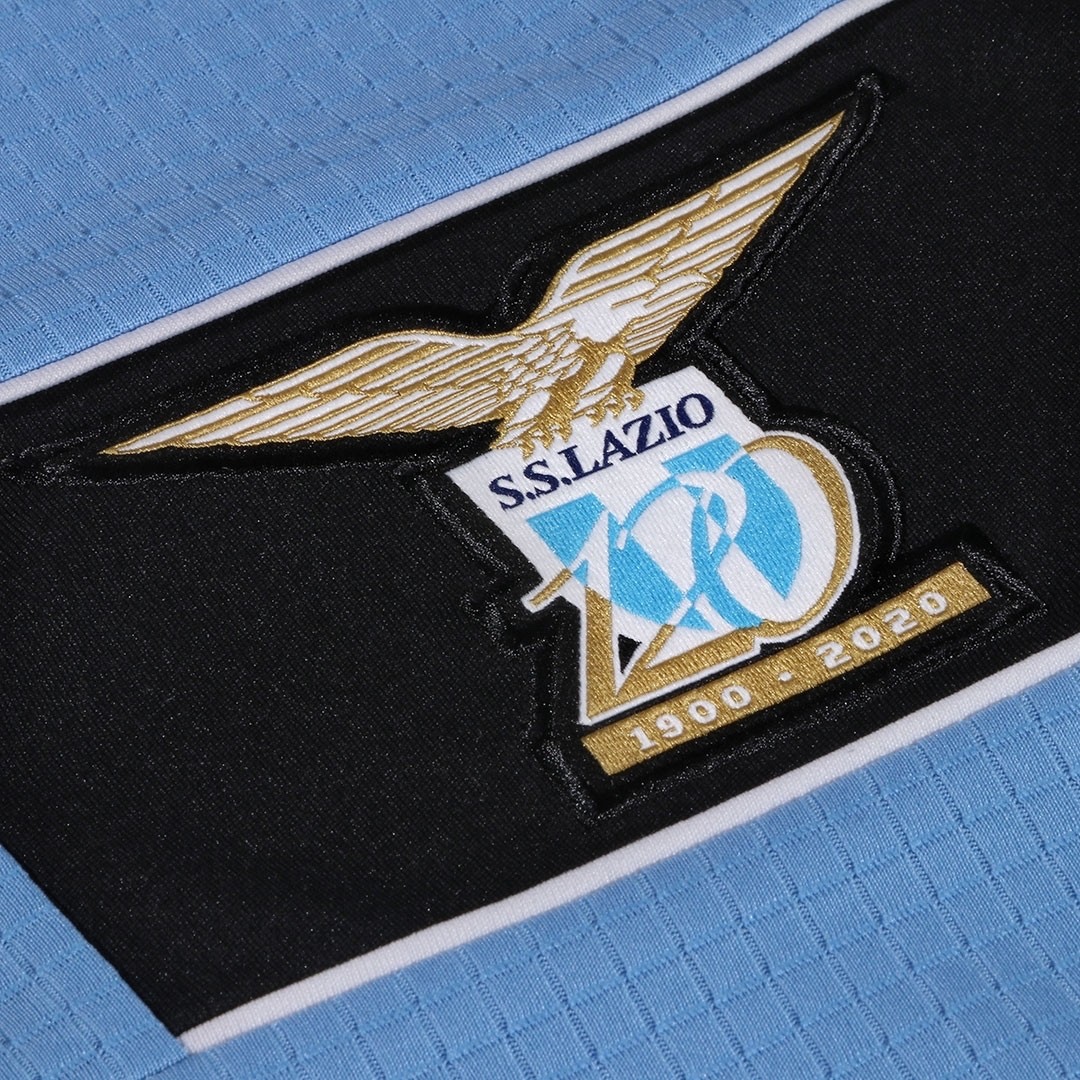 On the right breast is a white Macron logo whilst on the left breast is the S.S. Lazio 120th anniversary crest. 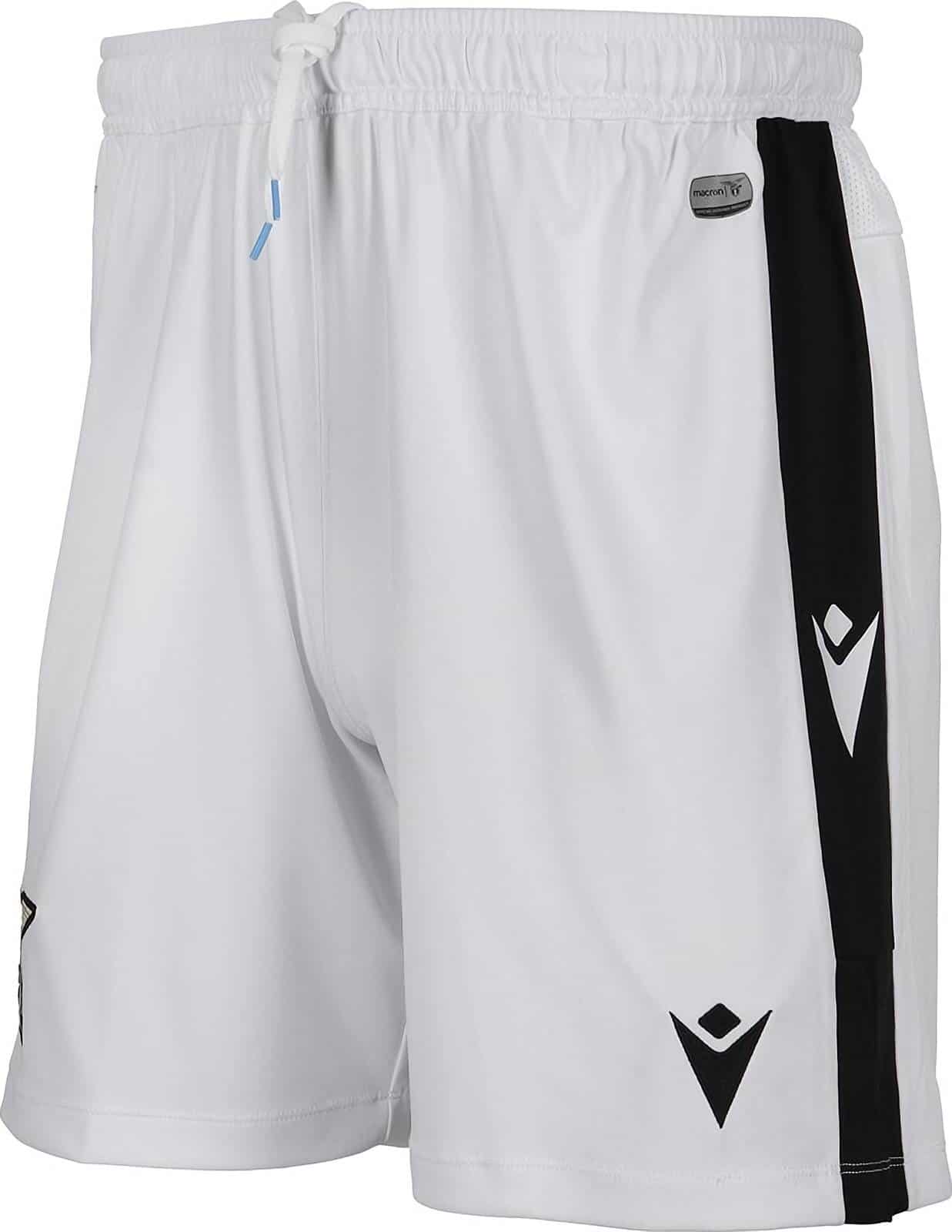 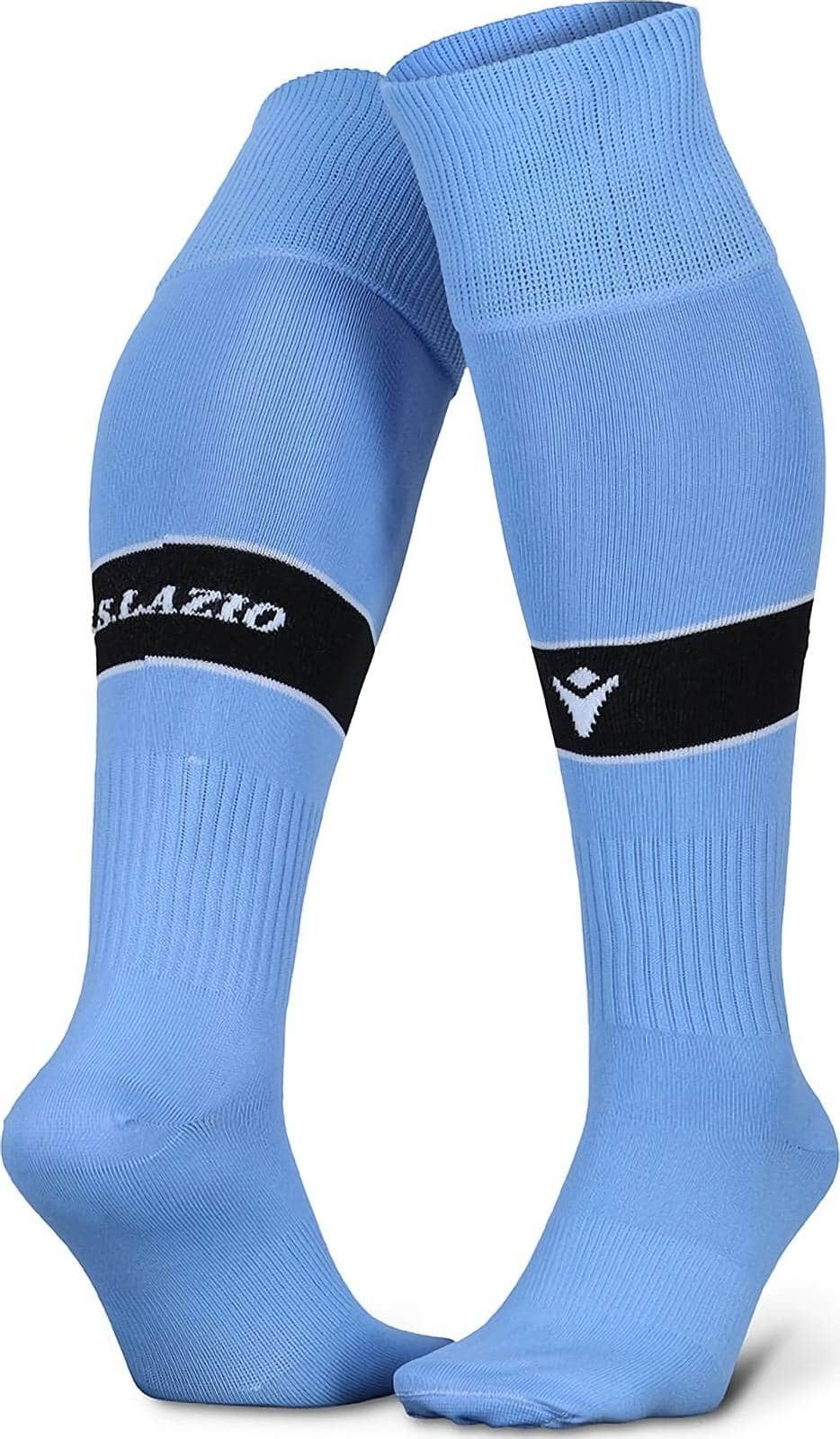