Football kit news from the English Premier League as the new Kappa 2019-20 Aston Villa third kit has been officially unveiled this evening confirming the previous leaked images on The Kitman! 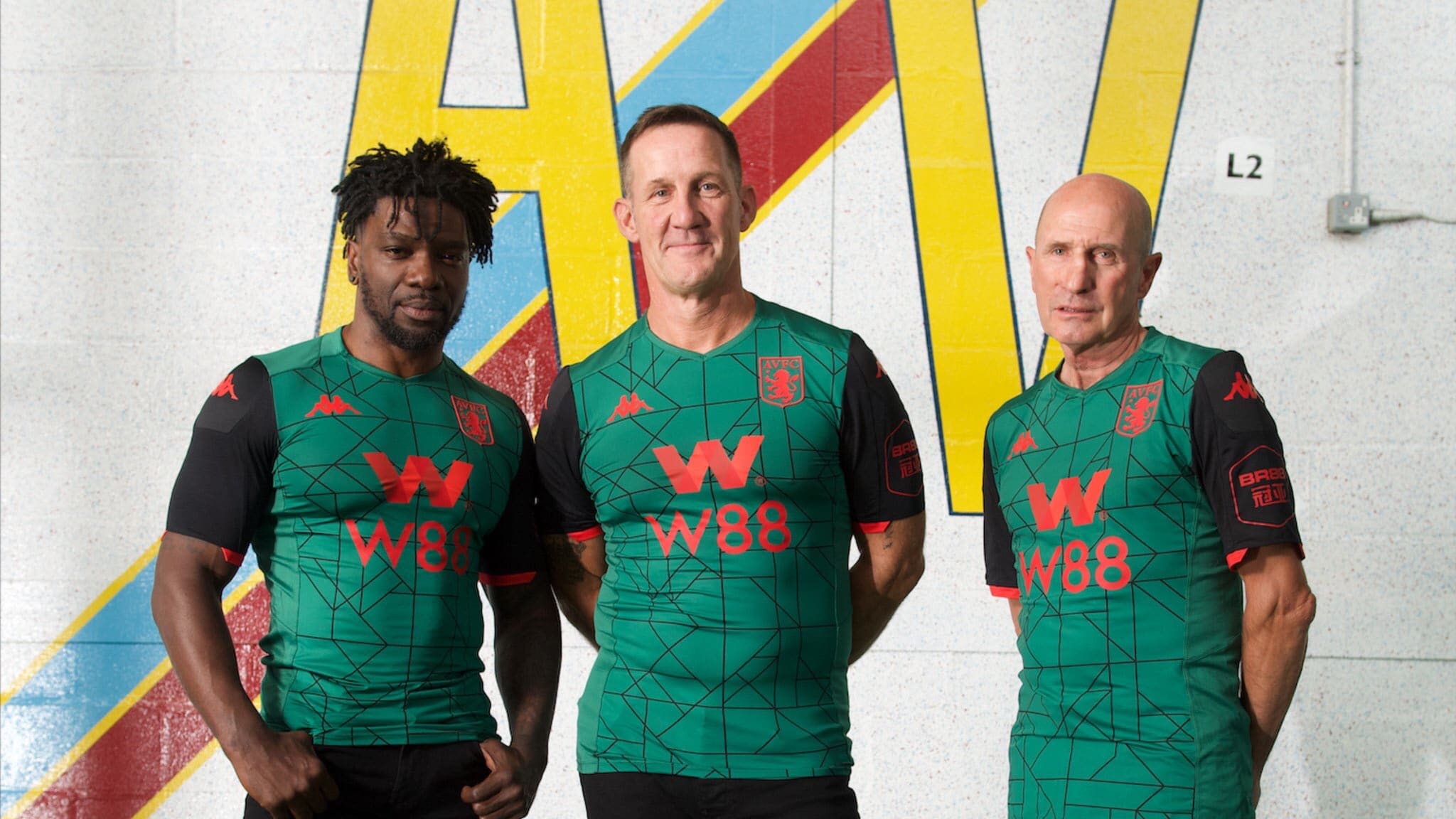 Former Aston Villa players Shaun Teale, Tony Daley, Ian Taylor and Brian Small who played for the club during the mid nineties helped unveil the 2019-20 Aston Villa third kit which sees a green jersey featuring a thin black pattern on the front whilst the sleeves are coloured black with red cuffs. 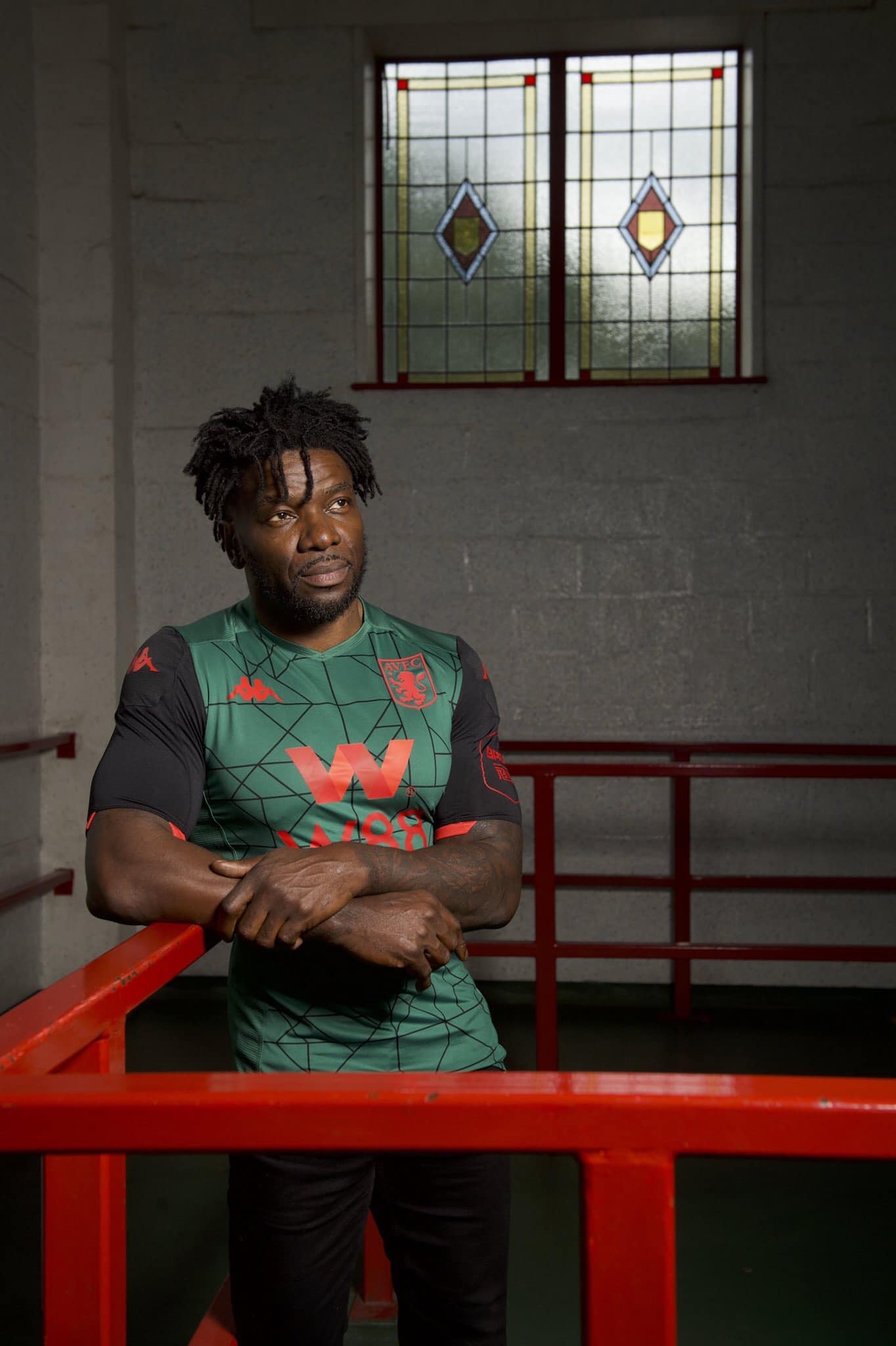 Red Kappa logos are placed on the right breast and sides of the shoulders whilst the W88 shirt sponsor and the monochrome Aston Villa badge on the left breast are also coloured red.

Buy a classic retro Aston Villa shirt from The Kitman!