Football kit news from Serie A as the new Adidas Juventus 2019-20 home kit has been officially released, confirming the previous leaked images on The Kitman. 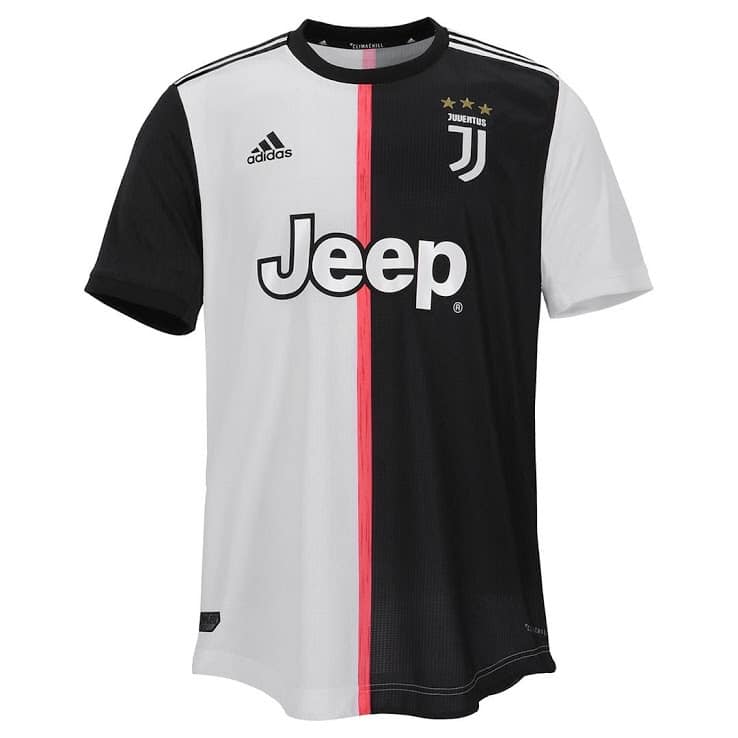 The Juventus home jersey 2019-20 sees the traditional black and white stripes swapped for a black and white half and half design with a thin pink stripe running down the centre of the football shirt. 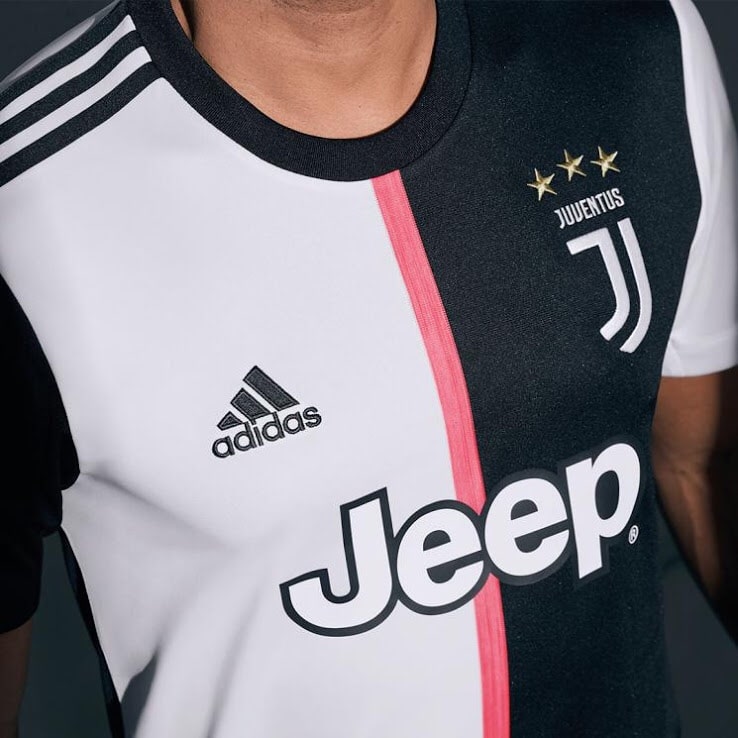 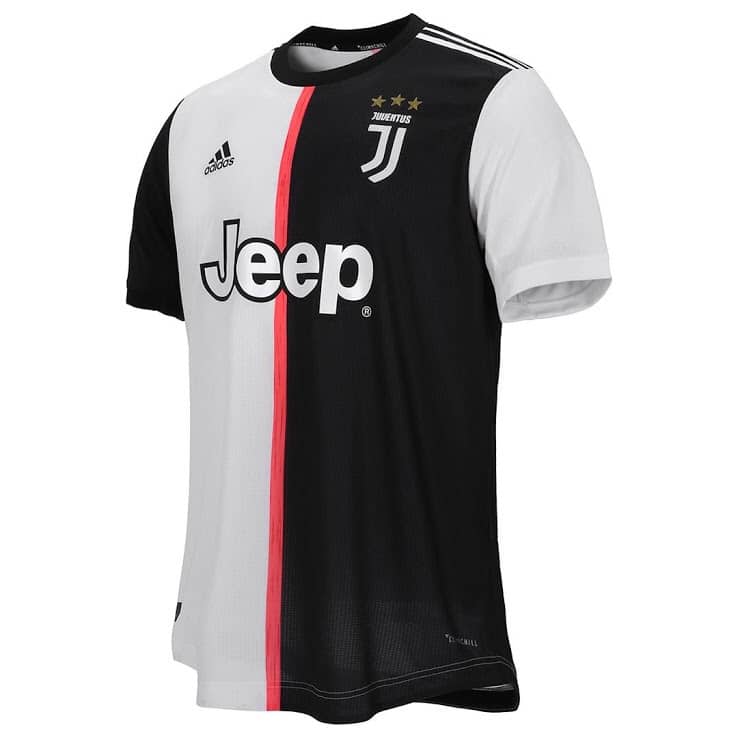 Both the crew neck collar and the Adidas logo on the right breast are coloured black whilst the Jeep shirt sponsor is coloured white.

The Juventus logo is placed on the left breast. 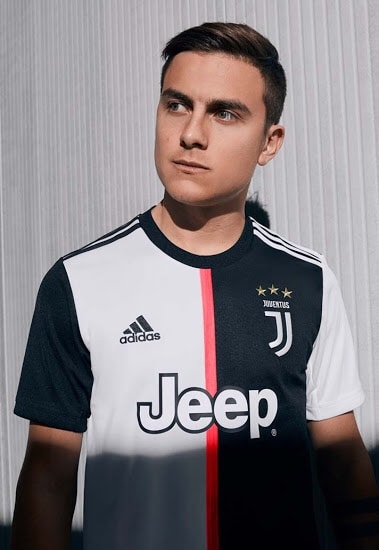 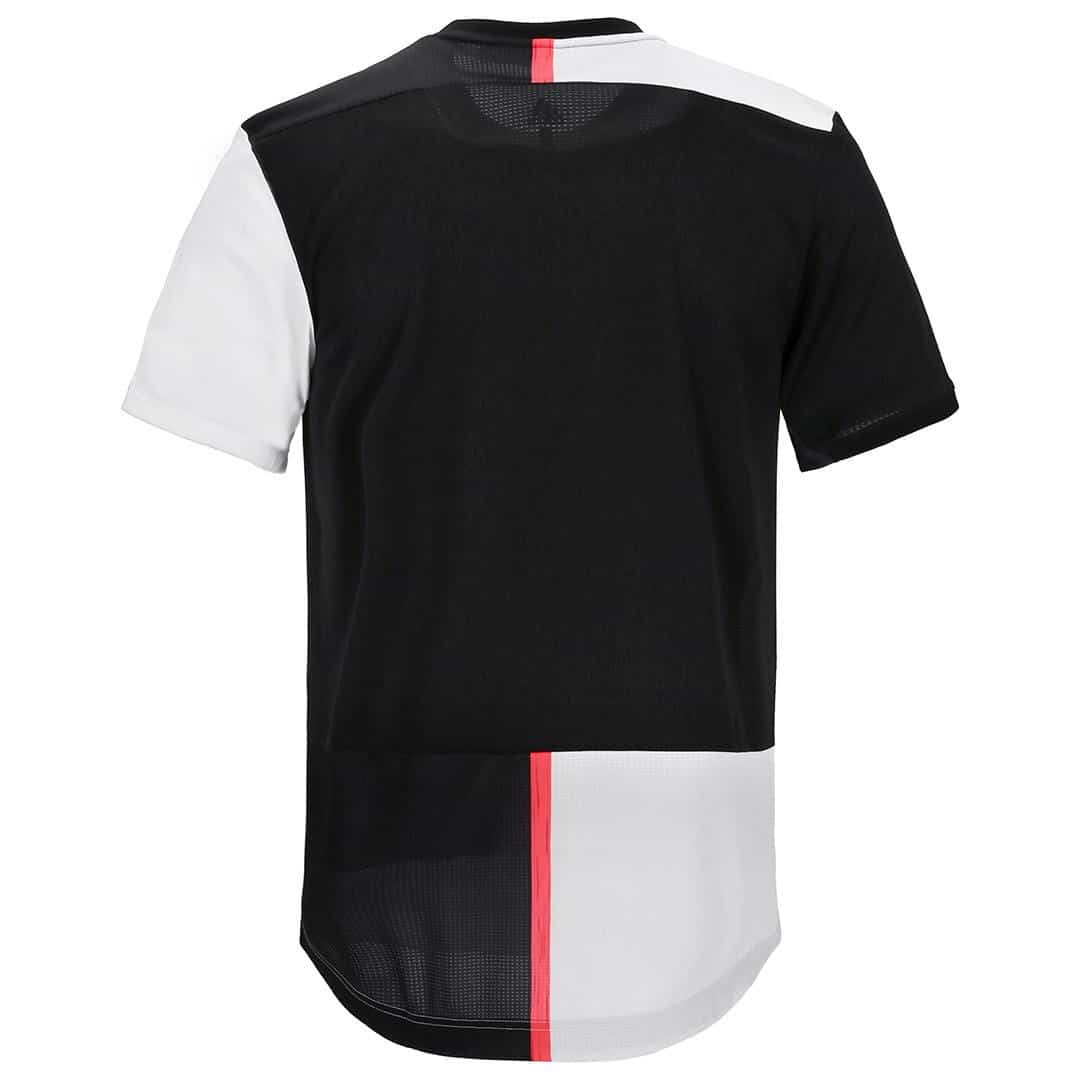 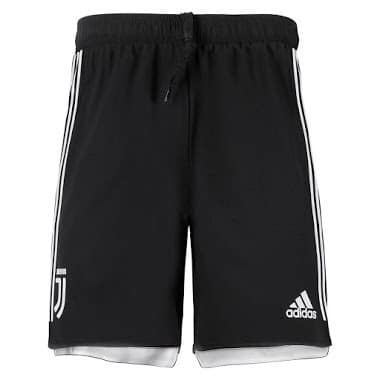 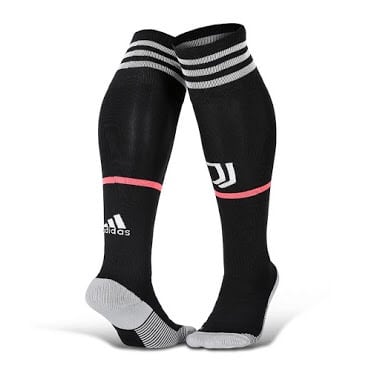 Buy a classic retro Juventus shirt from The Kitman!