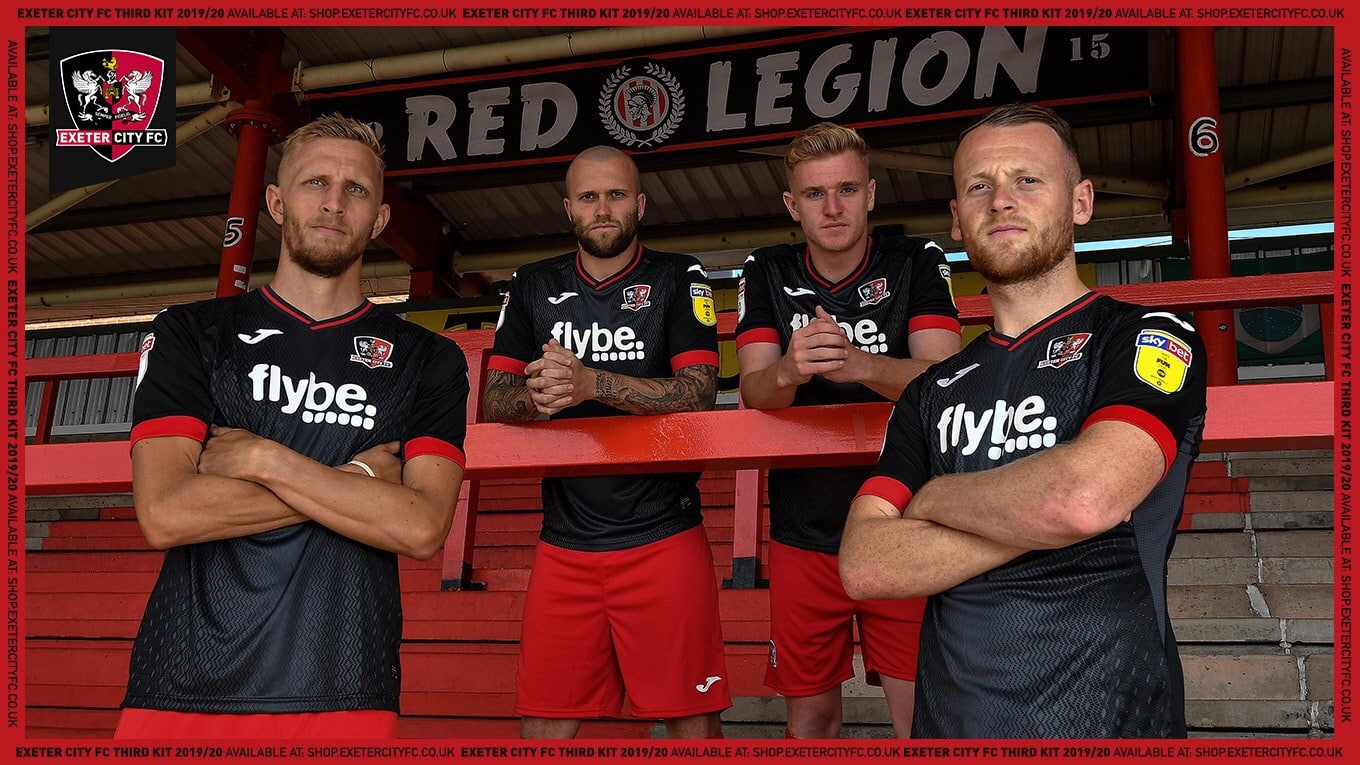 The 2019-20 Exeter City third shirt is predominantly black but features red cuffs and red trim on the collar.

Both the Joma logo on the right breast and the Flybe shirt sponsor are coloured white.

The Exeter City crest is placed on the left breast. 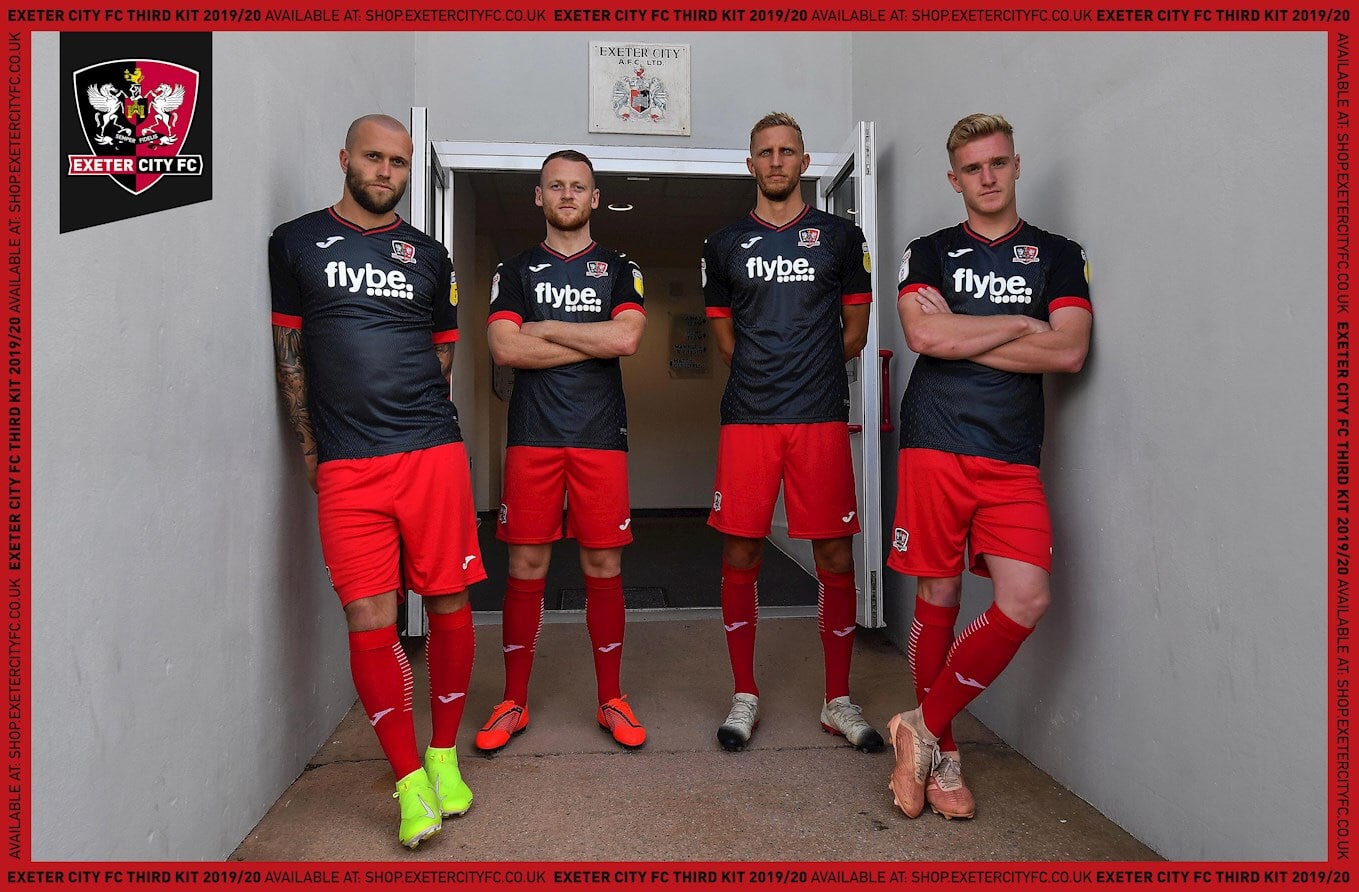 Buy a classic Exeter City shirt from The Kitman!