We’re entering the part in the season where the halfway stage has been reached, the league tables are settling down, the mid-season transfer window is about to shut, but more importantly… club’s are starting shift their shirt stock.

We’re hoping to bring you regular sales updates from the club shops across up and down the country that cover the top leagues in England. We start at the back end of January with The Championship, League One and League Two.

That’s 72 clubs each with a home and away strip and a large contingent with a third shirt too. That’s a lot to browse through, so fear not, we’ve picked out some of our favourite deals and shirts to look out for in January.

If it’s a bargain football shirt you’re looking for, then look no further than Nottingham Forest (£20) or Huddersfield Town (£24) at this stage – superb value for a football shirt. Their designs however are a little on the ‘safe’ side (except Forest 3rd, but is only available in 4XL) so if you’re looking for a shirt with a bit of substance to it, then Coventry’s home shirt (£35.25), Norwich’s 3rd shirt (£37.50) or Watford’s home shirt (£38.50) might be of interest instead. 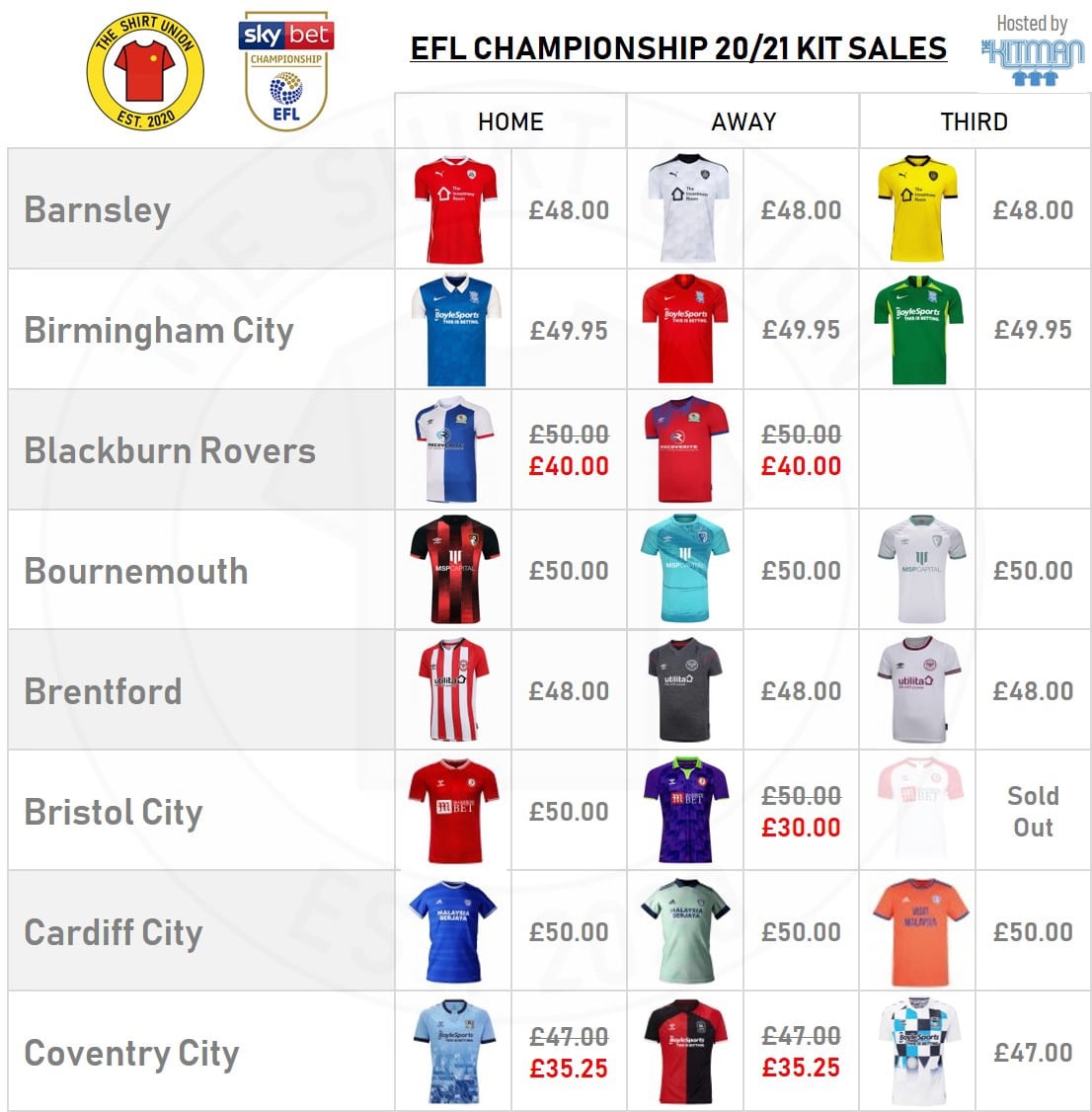 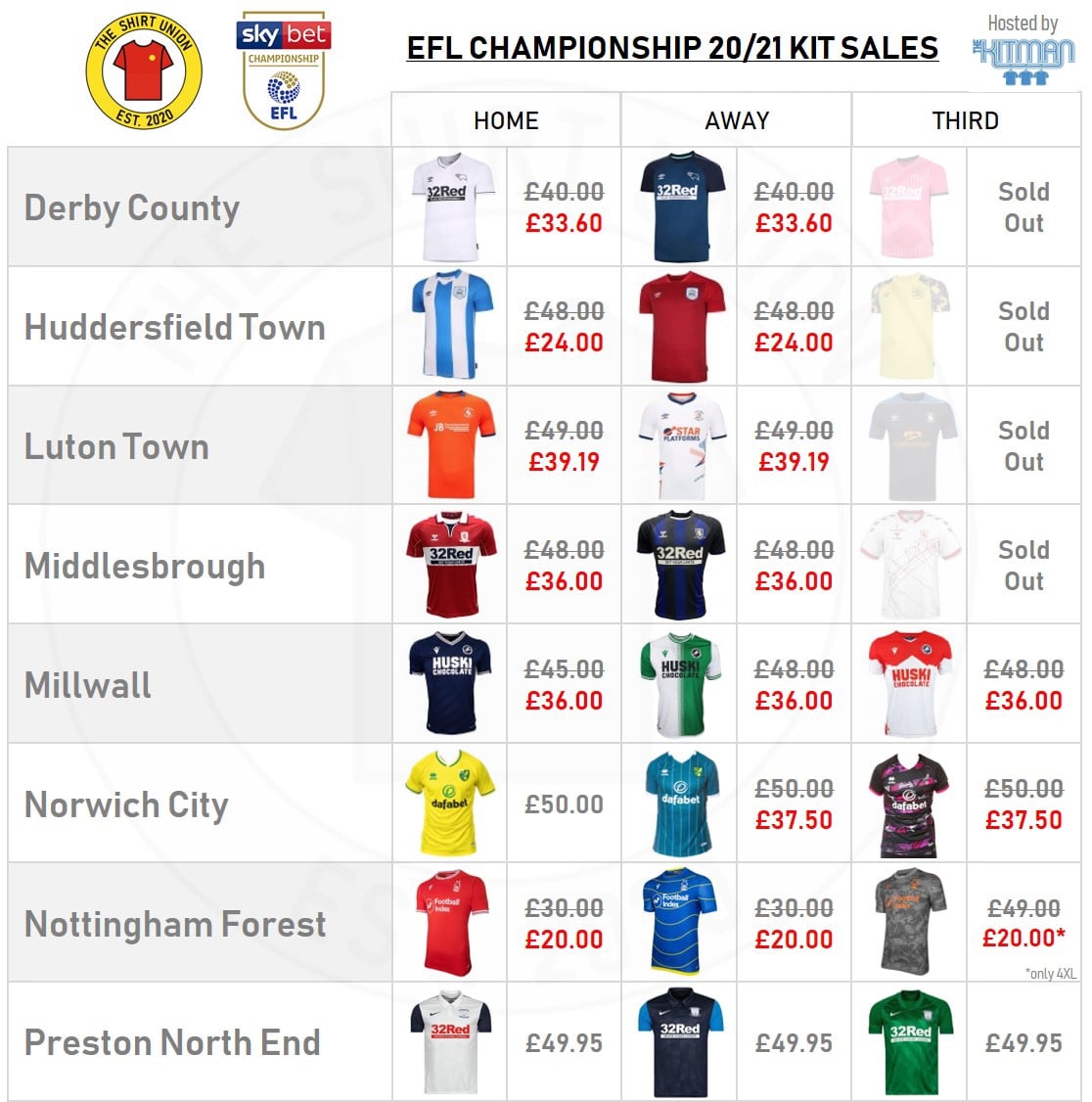 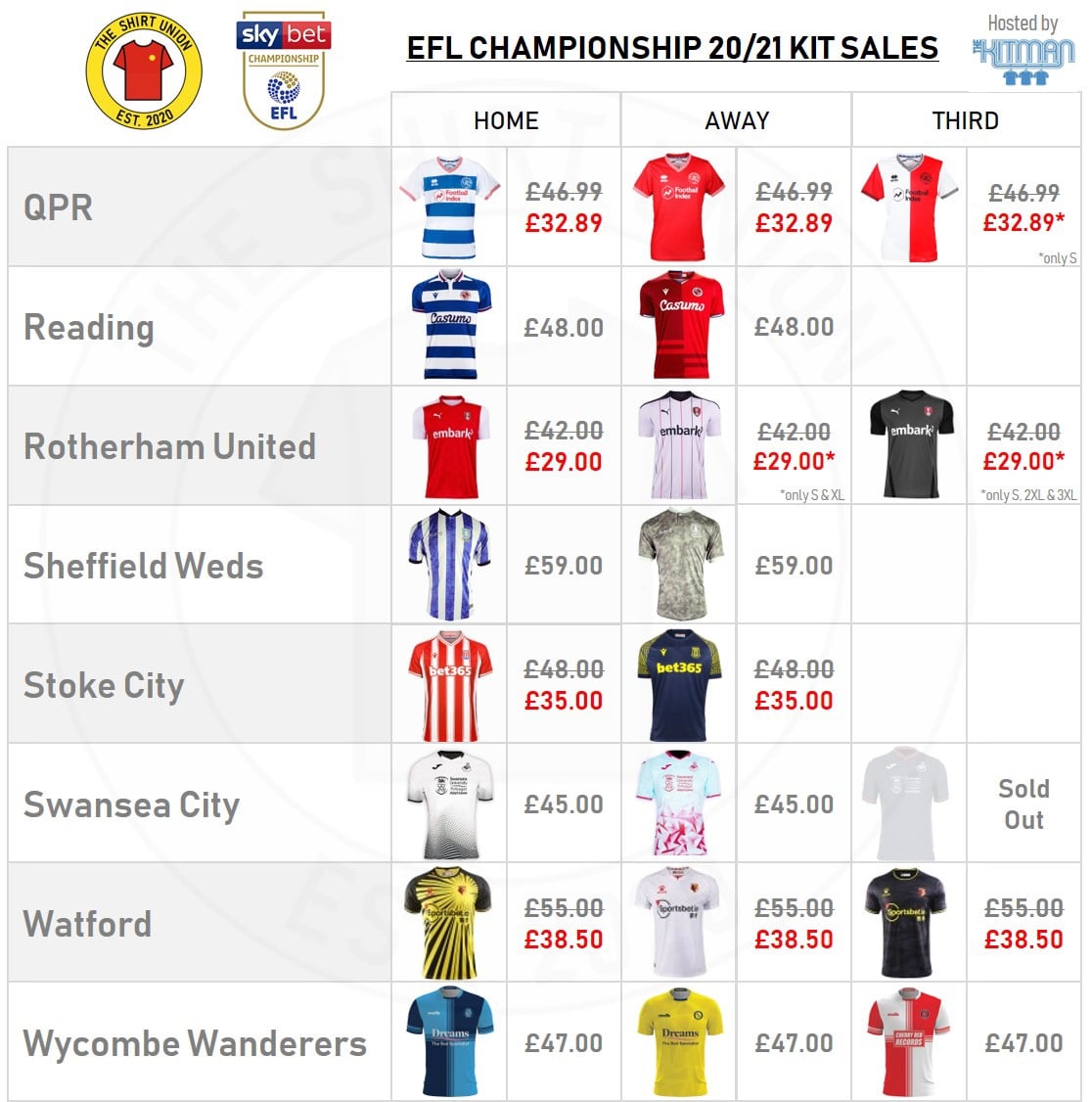 At this moment in time there aren’t many sales in this division and perhaps understandably so as clubs look to maximise revenue streams in the absence of ticket sales. Charlton however have a trio of superb Hummel shirts this season all on offer at £37.50. If we’d have to chose one, we’d be opting for that 80’s retro style away.

If you’ve got a thing for bright shirts, then Peterborough United’s Puma bright pink away may just tick that box at the very reasonable price of £31.50. 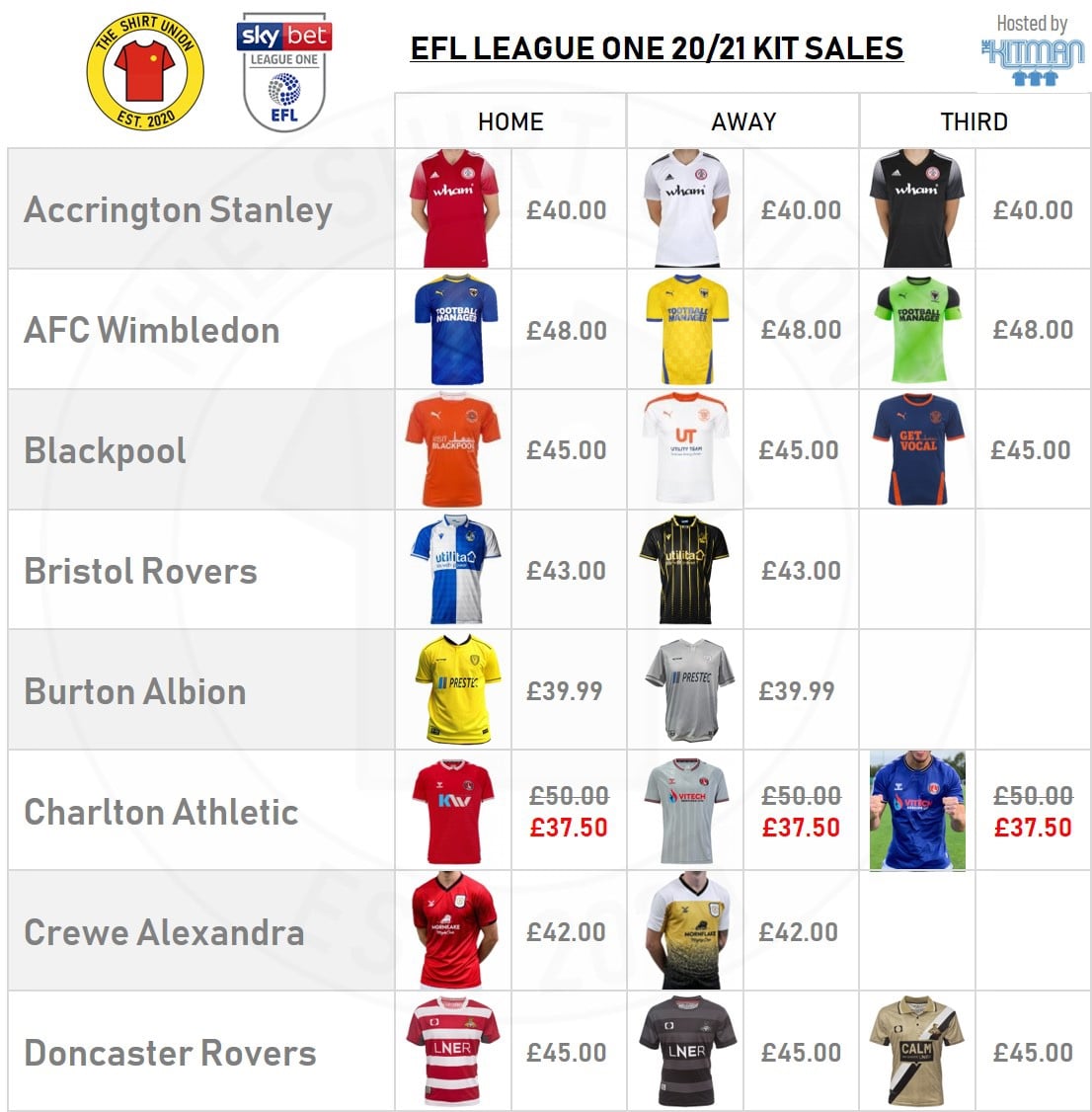 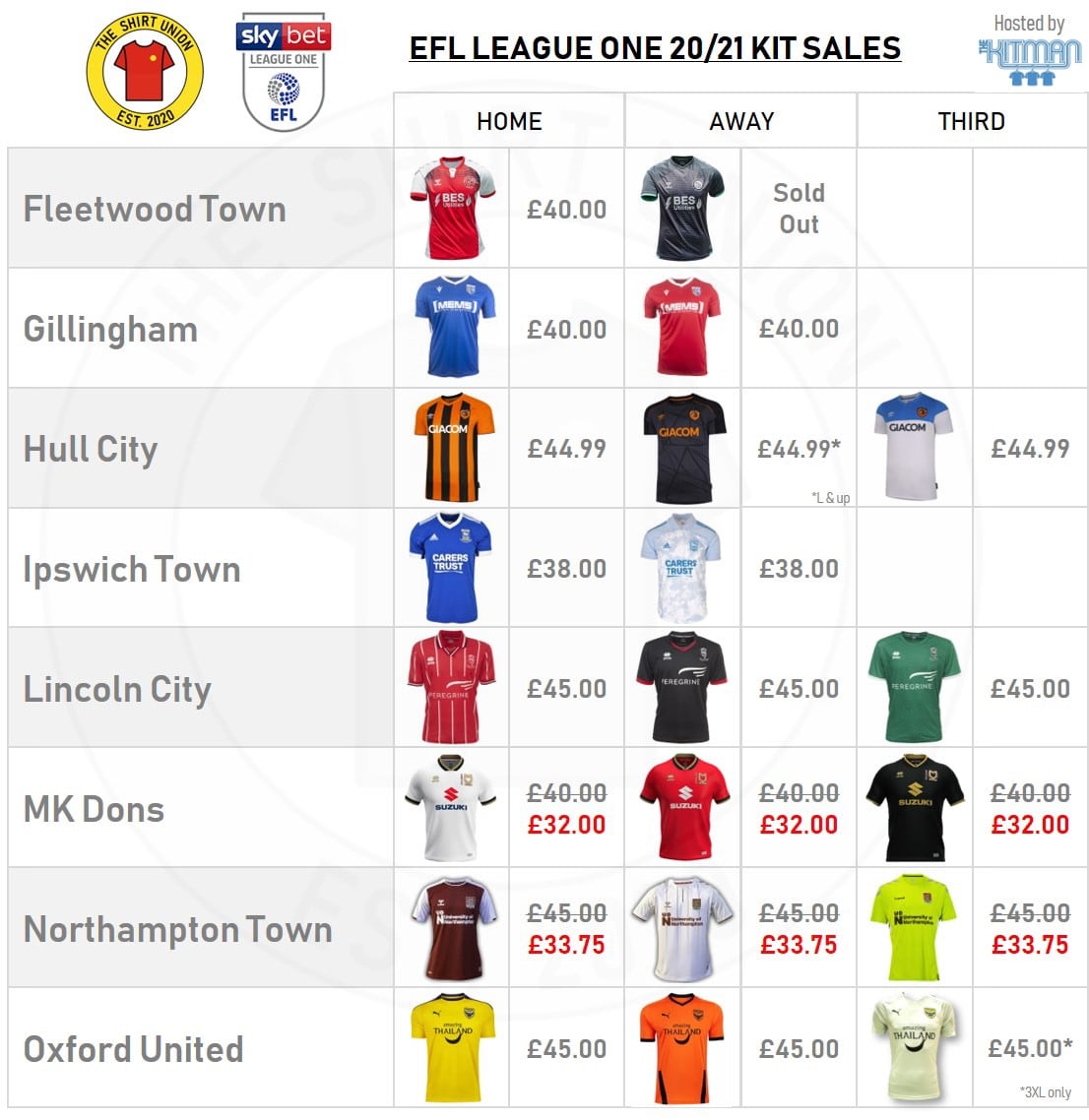 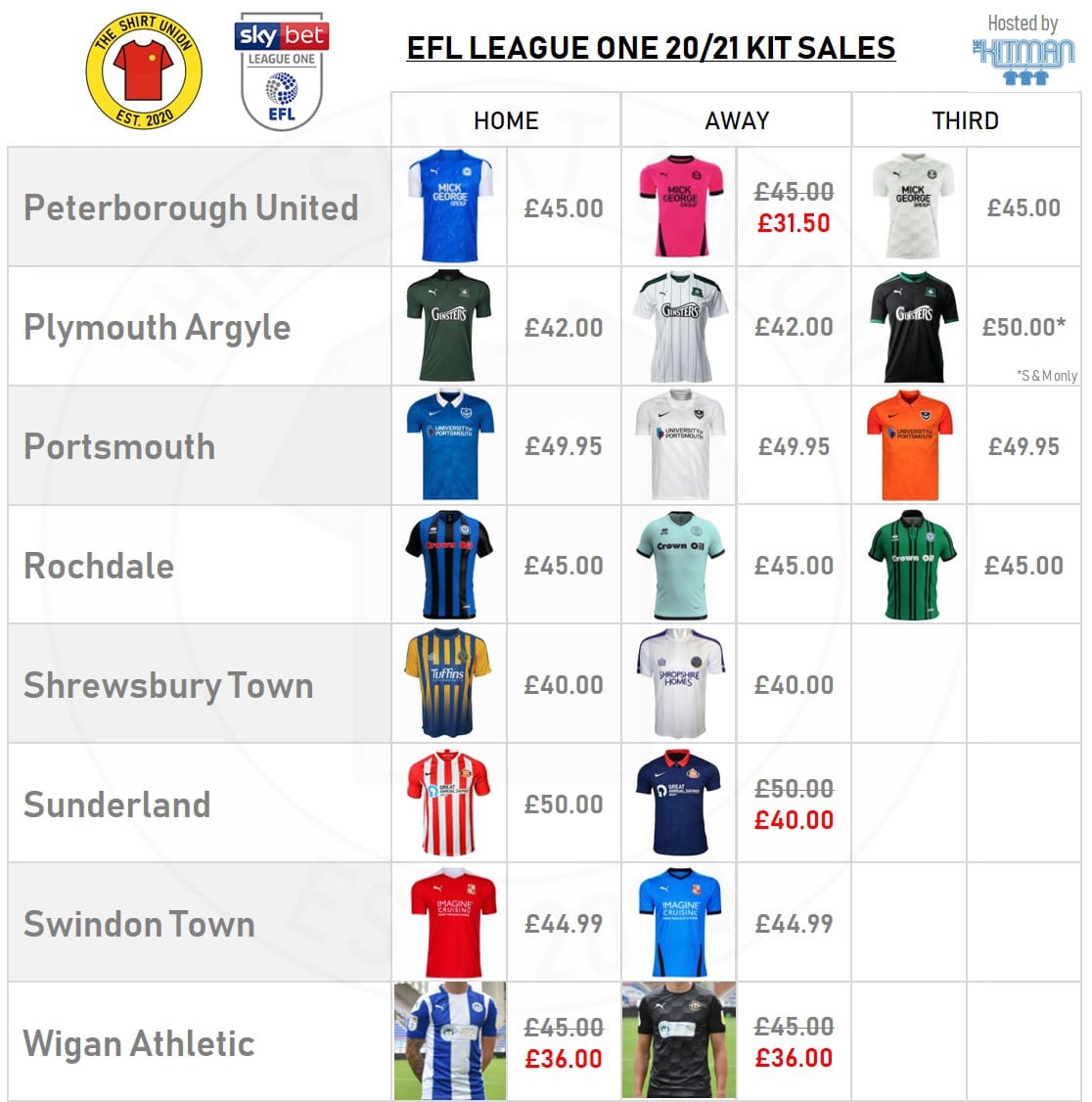 A similar story to League One in that there aren’t many sales here, but fear not, there are some excellent threads. Hummel steal the show for the back-end of January as you can pick up any of Oldham’s superb shirts at £33.75, or at even more favourable price you could opt for Cambridge United’s excellent half and half away shirt (£29.40). Southend’s away shirt deserves a mention, but unfortunately is only available in 3XL currently.

Finally, the cheapest shirt on offer across the 3 divisions is Tranmere Rovers who are shifting their home shirt for the basement price of £19. It is however a little on the plain side for us. 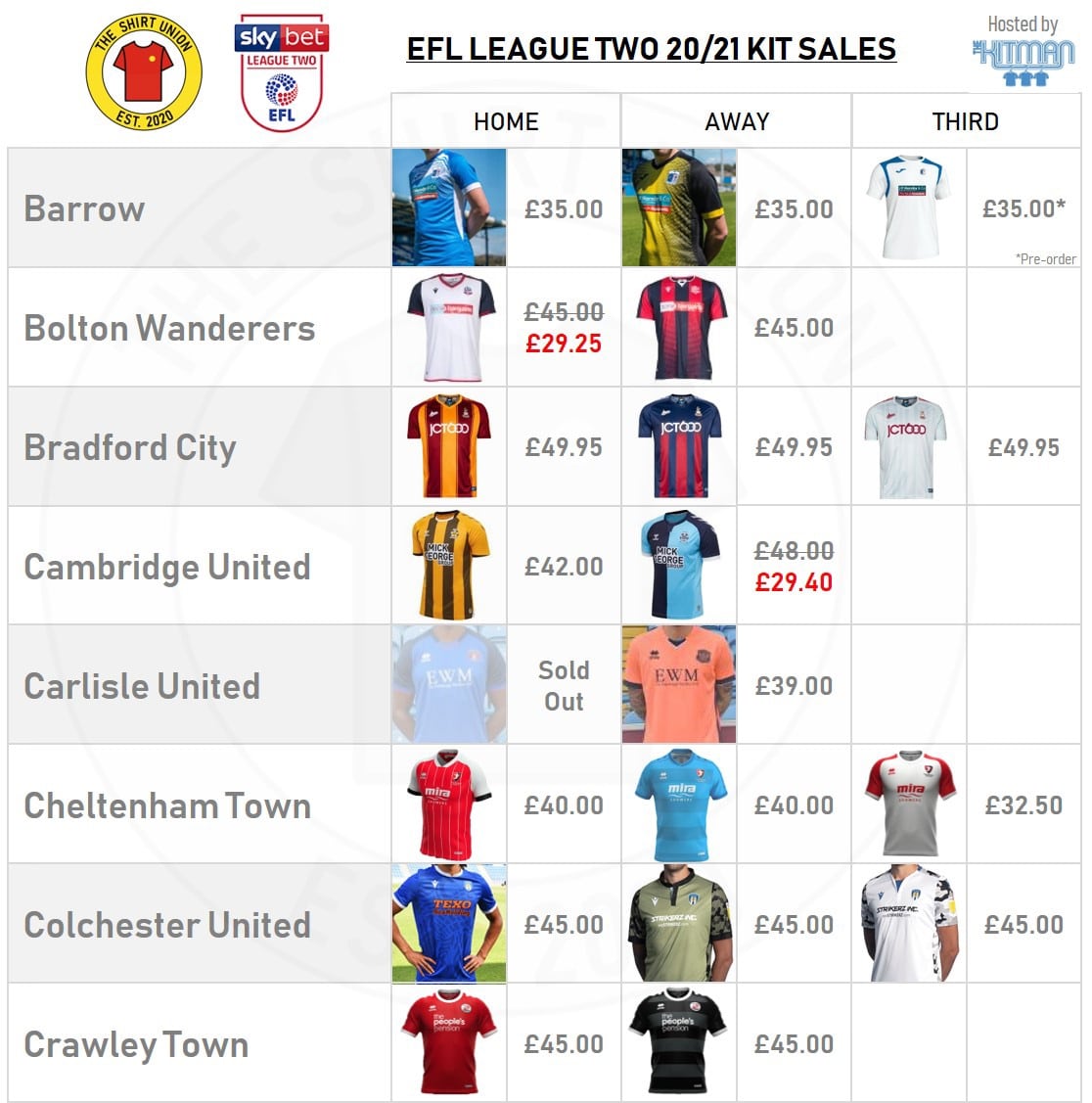 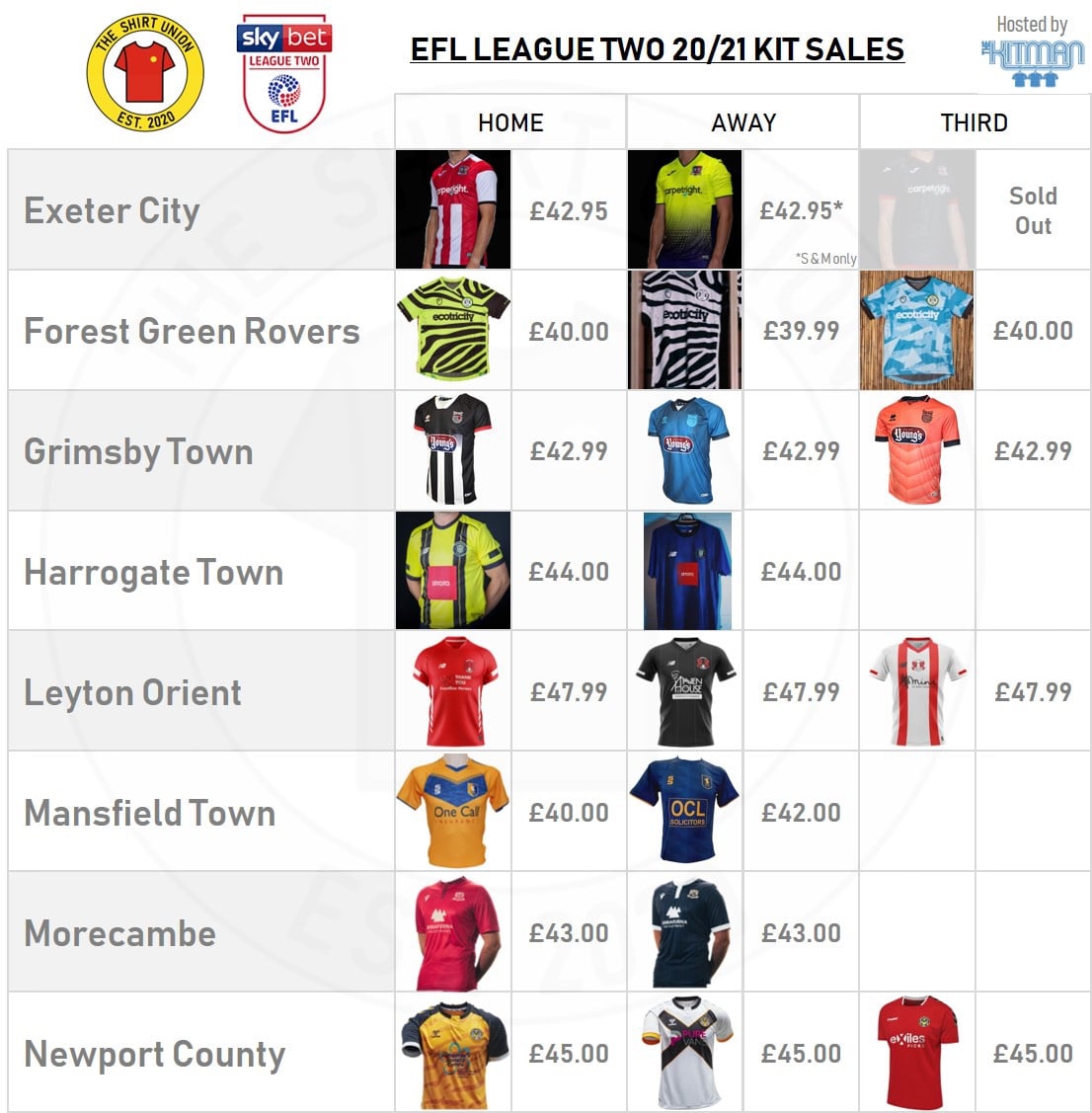 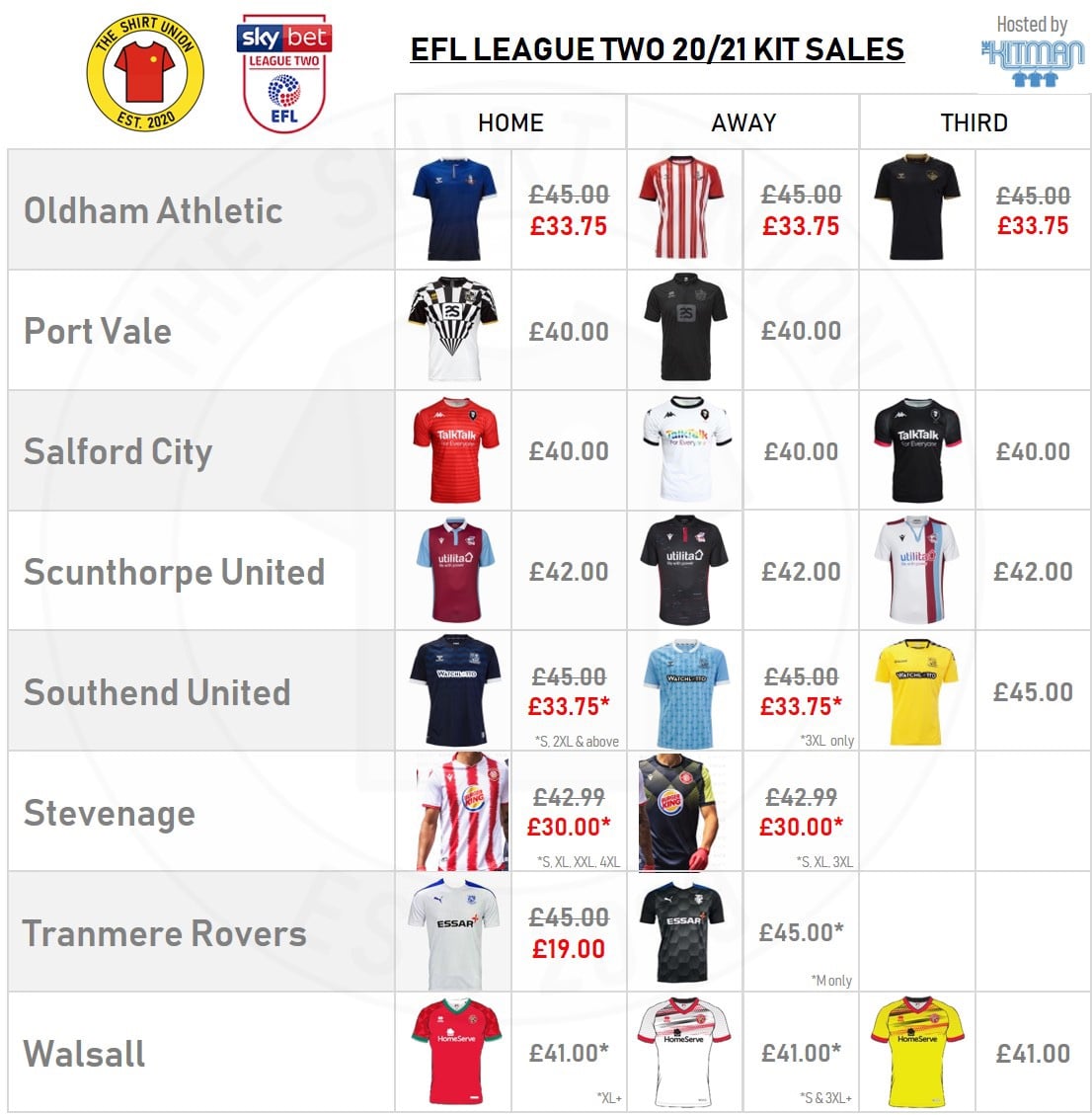 Tom (one half of @TheShirtUnion)

Massive shoutout to Tom for all his hard work bringing us the best shirt deals from the Championship, League One and League Two! If you take advantage of any of the deals tag @TheShirtUnion & @TheKitmanUK on Twitter and use the hashtag ‘#ShirtSales’.