Football kit news with a difference as on Friday a unique Iron Maiden West Ham United home shirt 2019-20 was released as the English heavy metal band joined forces with the Hammers! 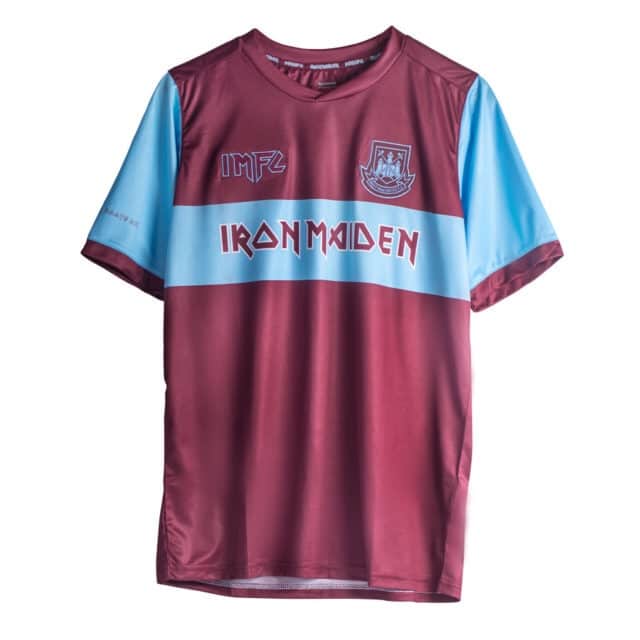 Steve Harris the bassist and primary songwriter for Iron Maiden is a massive West Ham fan so much so that people are often seen wearing West Ham shirts and Iron Maiden gigs.

A blue stripe runs across the front of the football shirt with claret Iron Maiden lettering on the front. 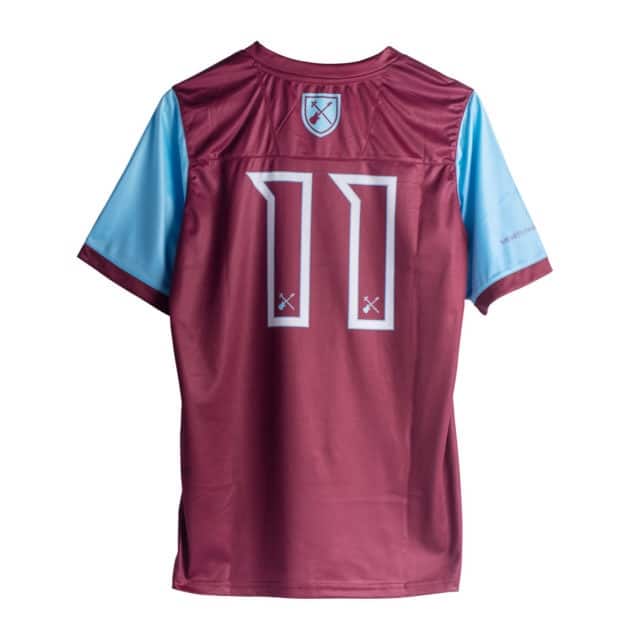 On the back of the jersey is Steve’s favourite number 11 with the ‘hammer and bass’ logo and the bottom on the numbers whilst it also appears on the top of the back in the form of a claret and blue badge.

On the side of the left sleeve claret ‘Die With Your Boots On’ wording appears in reference to one of the bands songs. 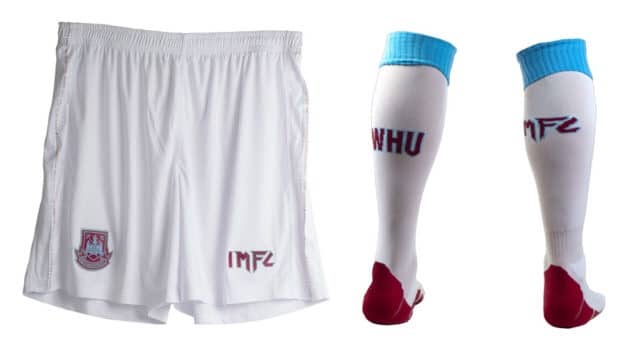 The Iron Maiden x West Ham kit even has its on shorts and socks which are white with claret and blue details.

Only released on Friday the Iron Maiden West Ham United kit has already sold out although more will be available shortly.