Football kit news from the Danish Superliga as a limited edition Hummel 2019 AGF Martin Jørgensen legend shirt has been revealed. 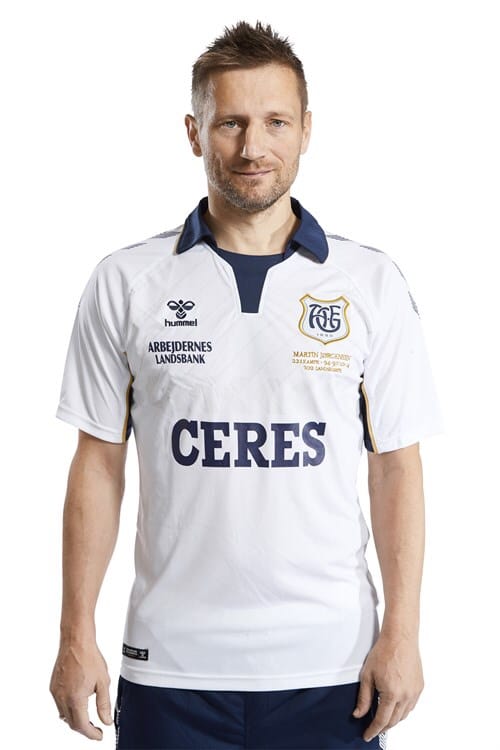 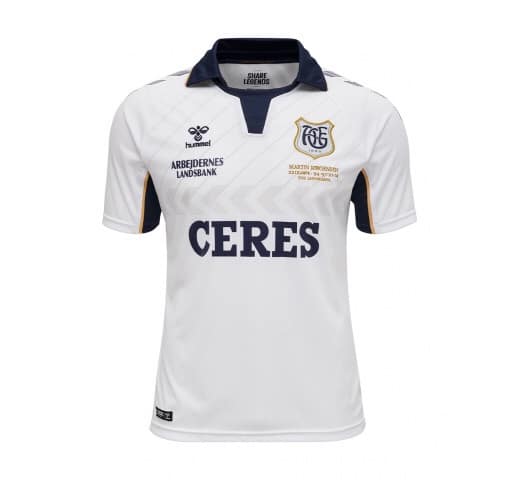 The 2019 AGF Martin Jørgensen jersey is based on the shirt worn by the club in 1986 when they won the Danish Championship and sees a predominantly white jersey with tonal diagonal pinstripes running across the top of the chest whilst tonal Hummel chevrons run across the bottom of the chest. 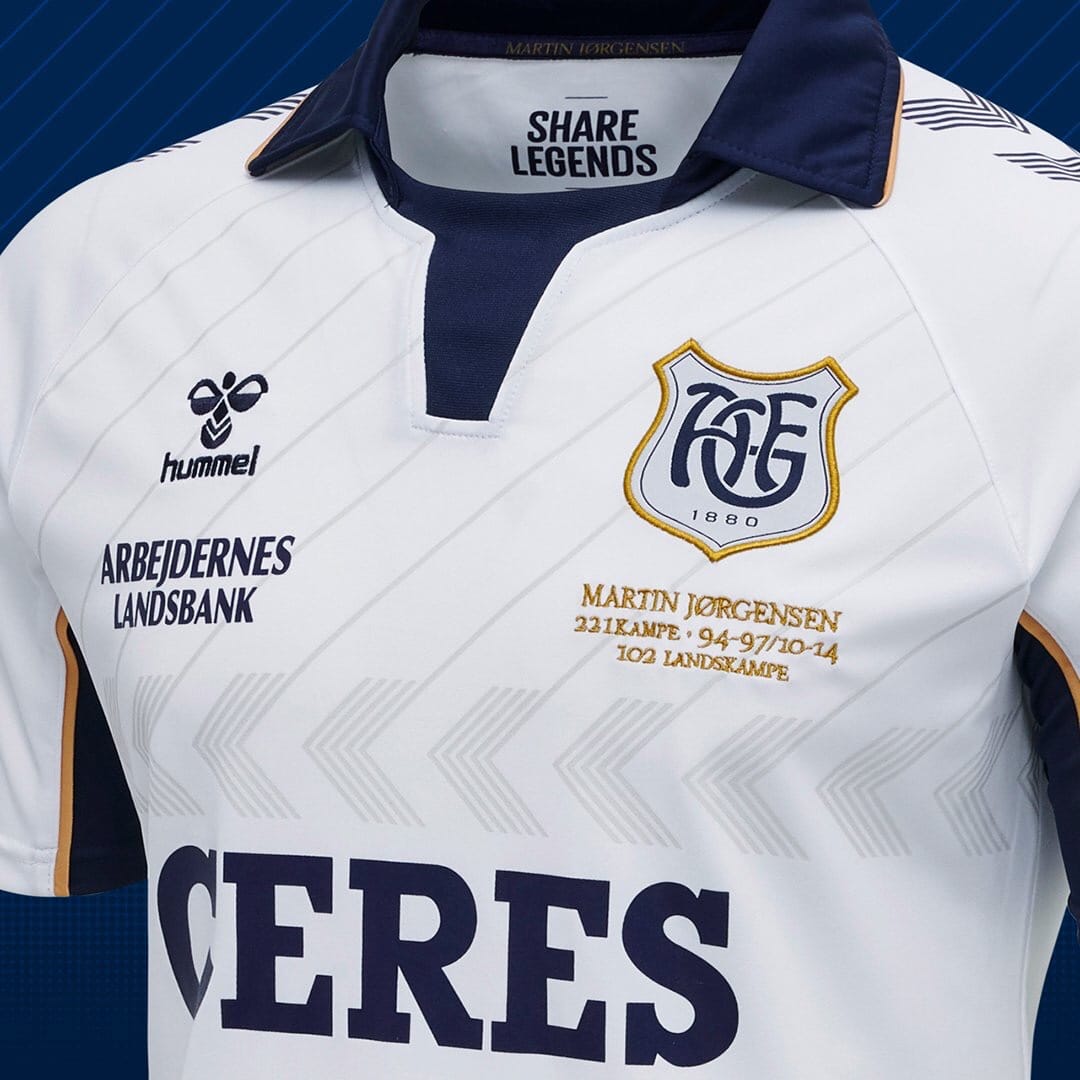 The collar is navy with thin gold trim whilst the under arms are also coloured navy with gold trim. 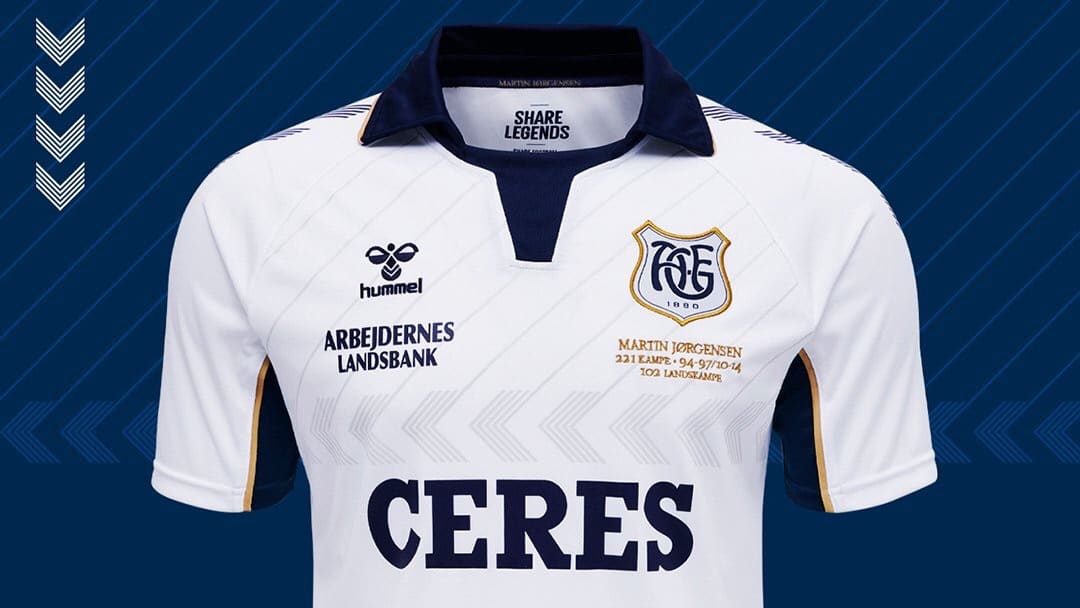 Navy Hummel chevrons run across the top of the shoulders whilst the Hummel logo on the right breast and the Ceres shirt sponsor are also coloured navy. 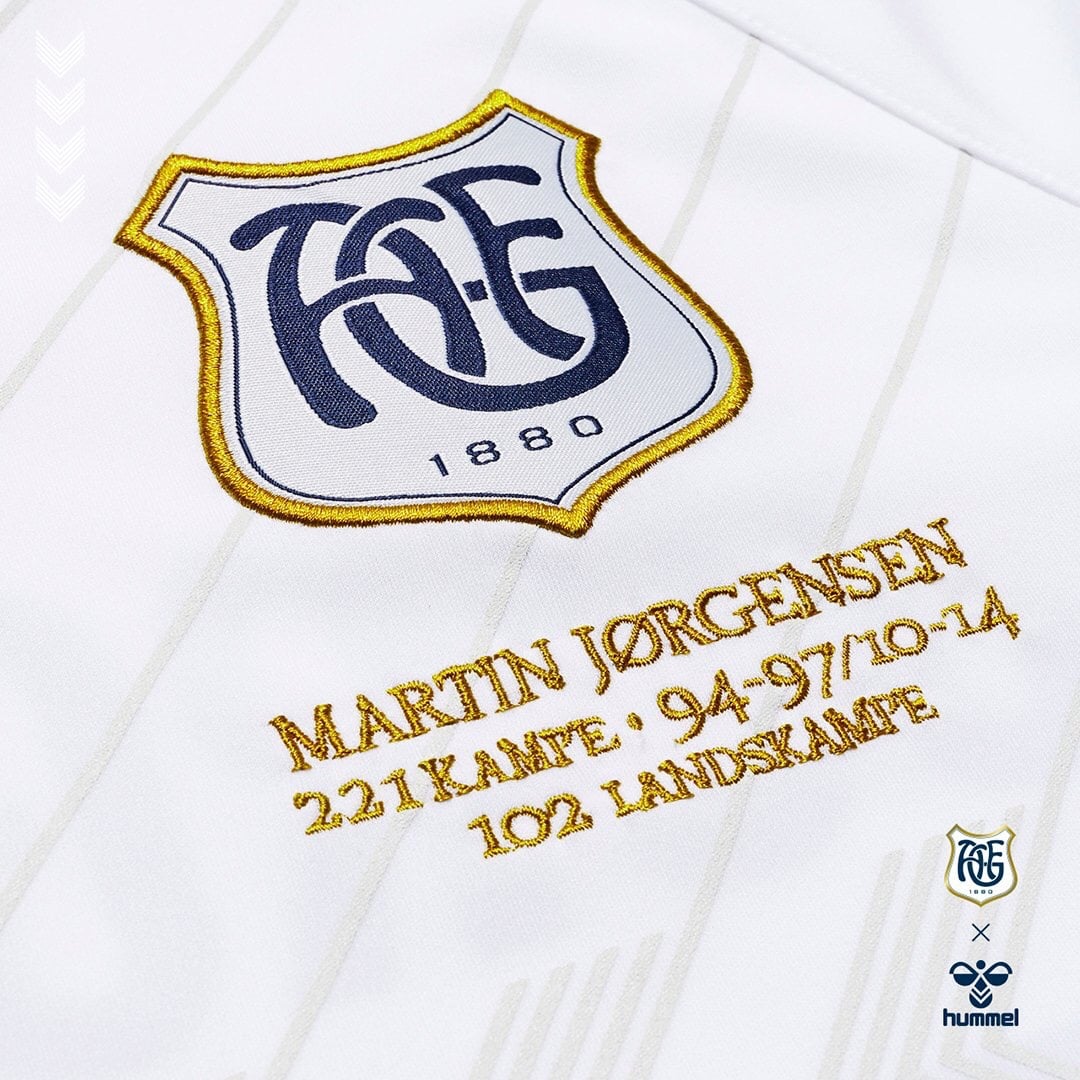 On the left breast is a retro AGF badge with gold embroidery underneath which reads ‘Martin Jørgensen 221 Kampe • 94-97/10-14 102 Landskampe’ which refers to the Martin Jørgensen’s 221 appearances in two separate spells for the club. 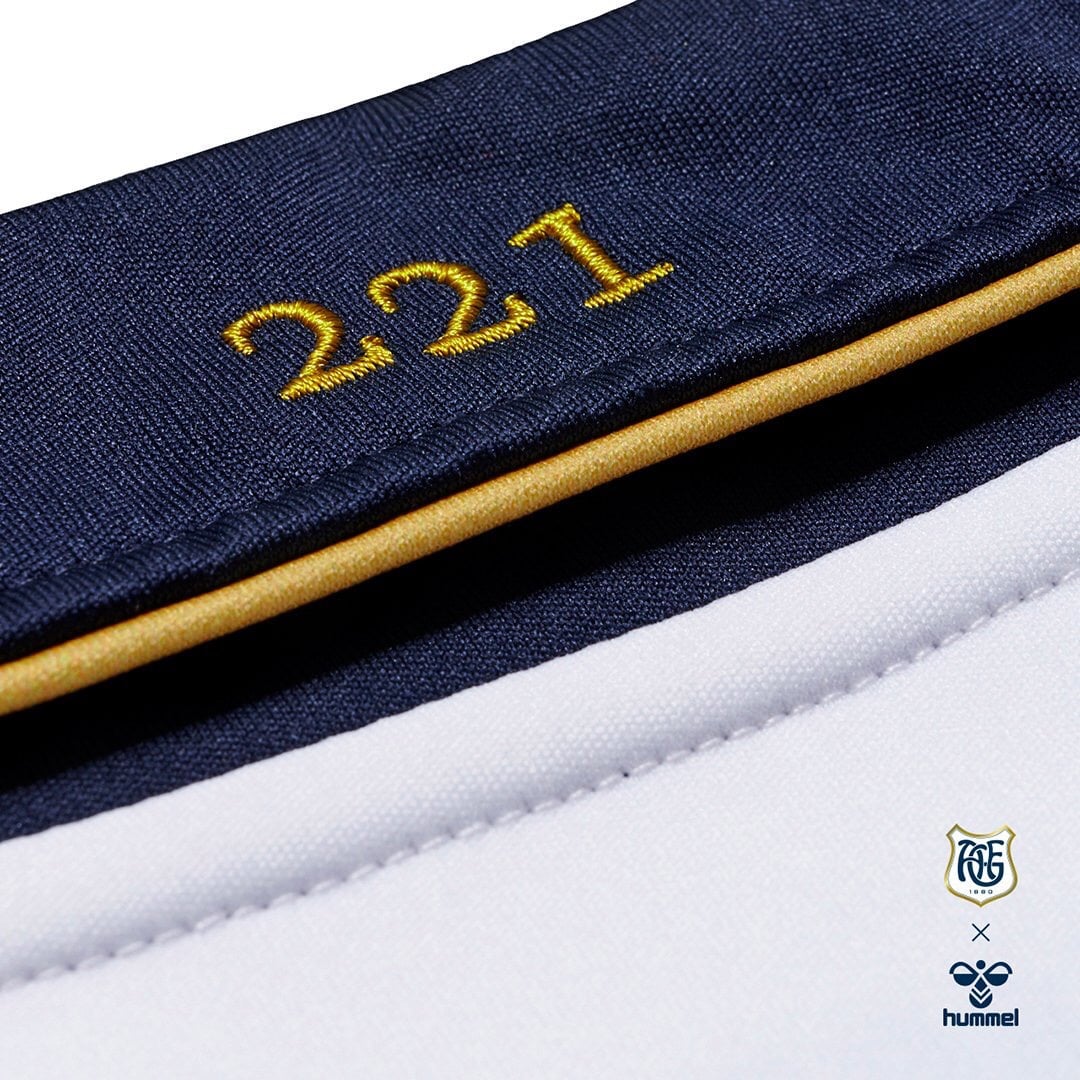 On the back of the collar is gold ‘221’ embroidery which again references to the players appearances for the club. 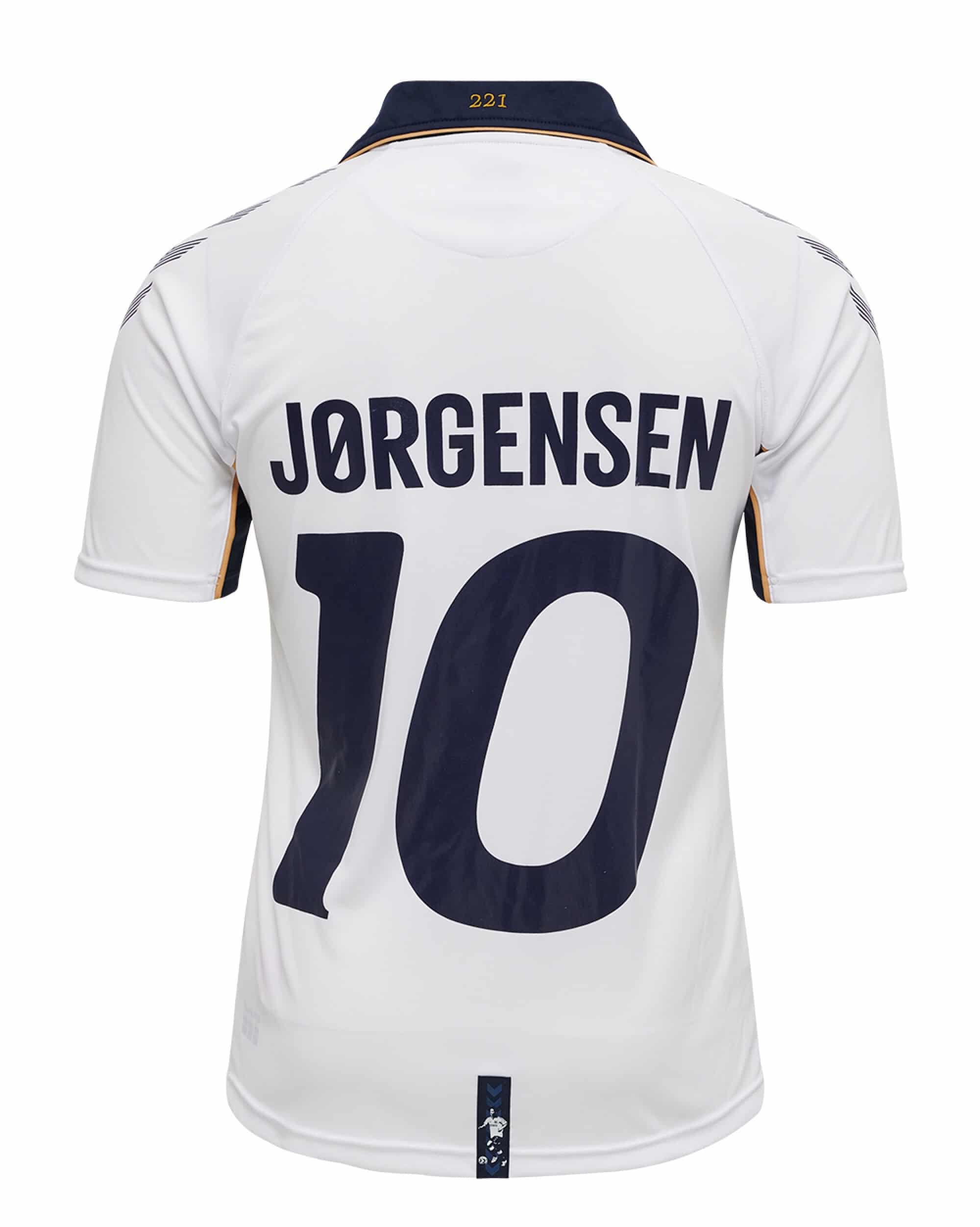 Both ‘Jørgensen’ and ’10’ on the back of the football shirt have a retro font. 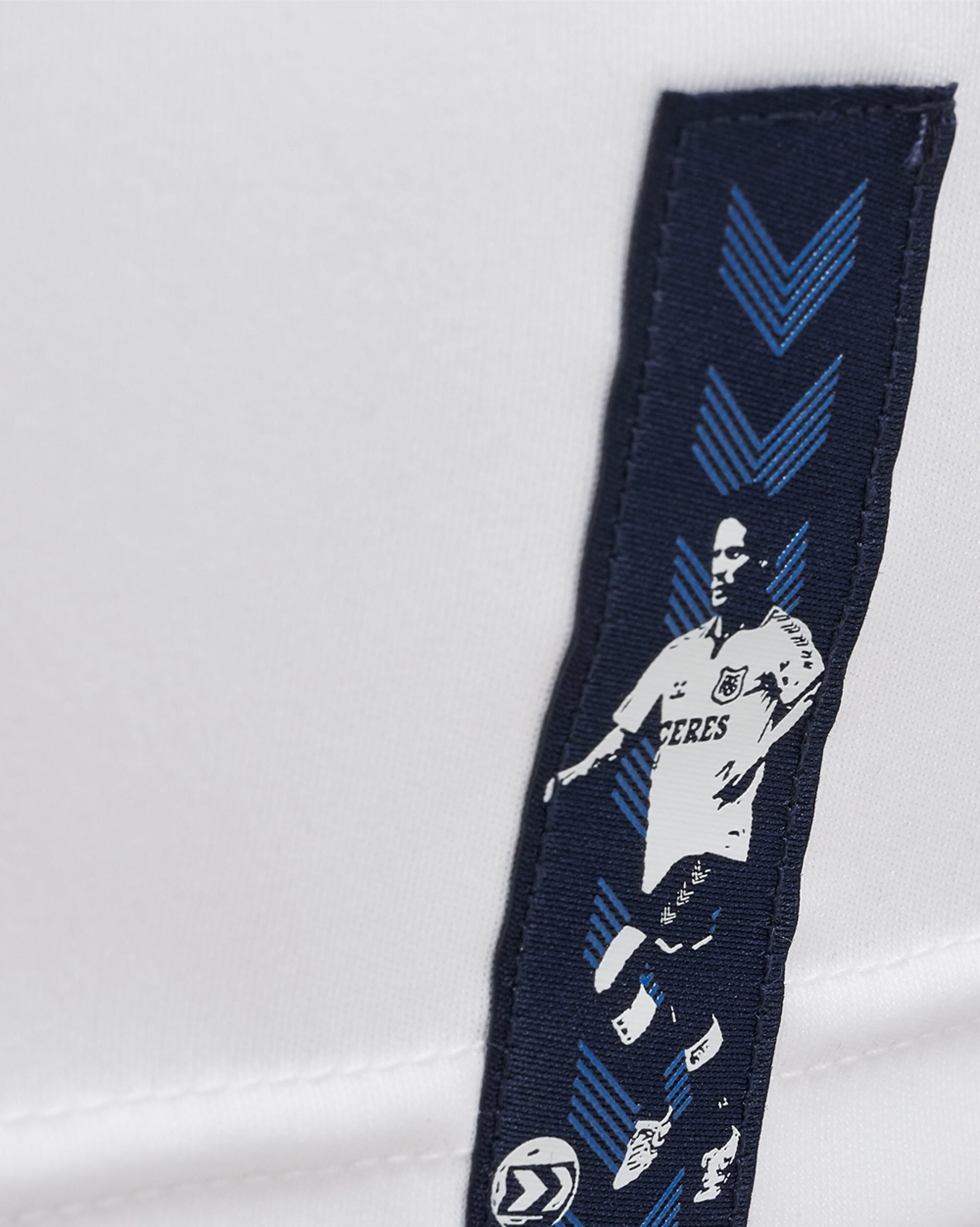 Finally there is a navy stripe on the lower back with blue Hummel chevrons and a graphic of Martin Jørgensen on the top.

AGF will wear the limited edition kit against Brøndby on Sunday.