Football kit news from Sky Bet League Two as the new Hummel 2019-20 Cambridge United away kit has been officially revealed. 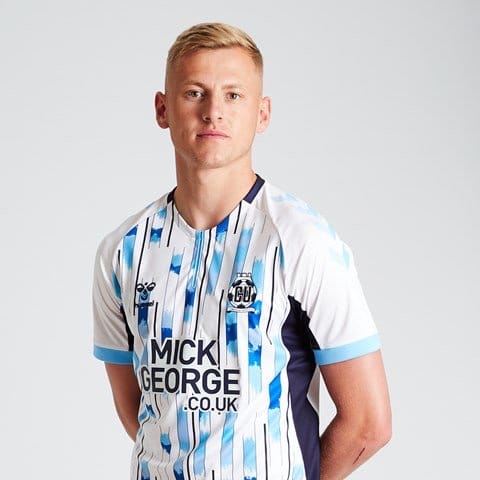 Last year the club gave the supporters the opportunity to vote on three past designs which would inspire the 2019-20 away kit with the 1993-94 jersey a clear winner. 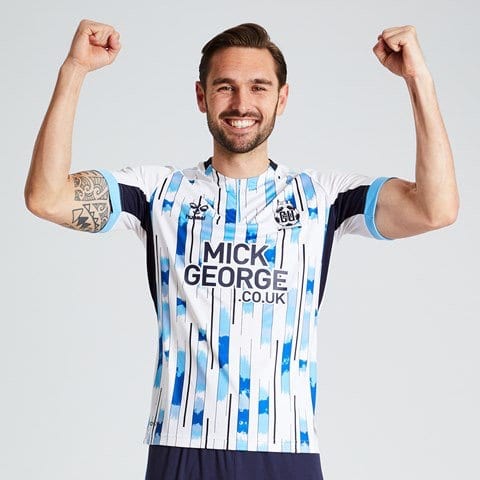 The Cambridge United away shirt 2019-20 has a white base colour with a unique striped pattern coloured blue, sky blue and white with random thin navy stripes incorporated too. 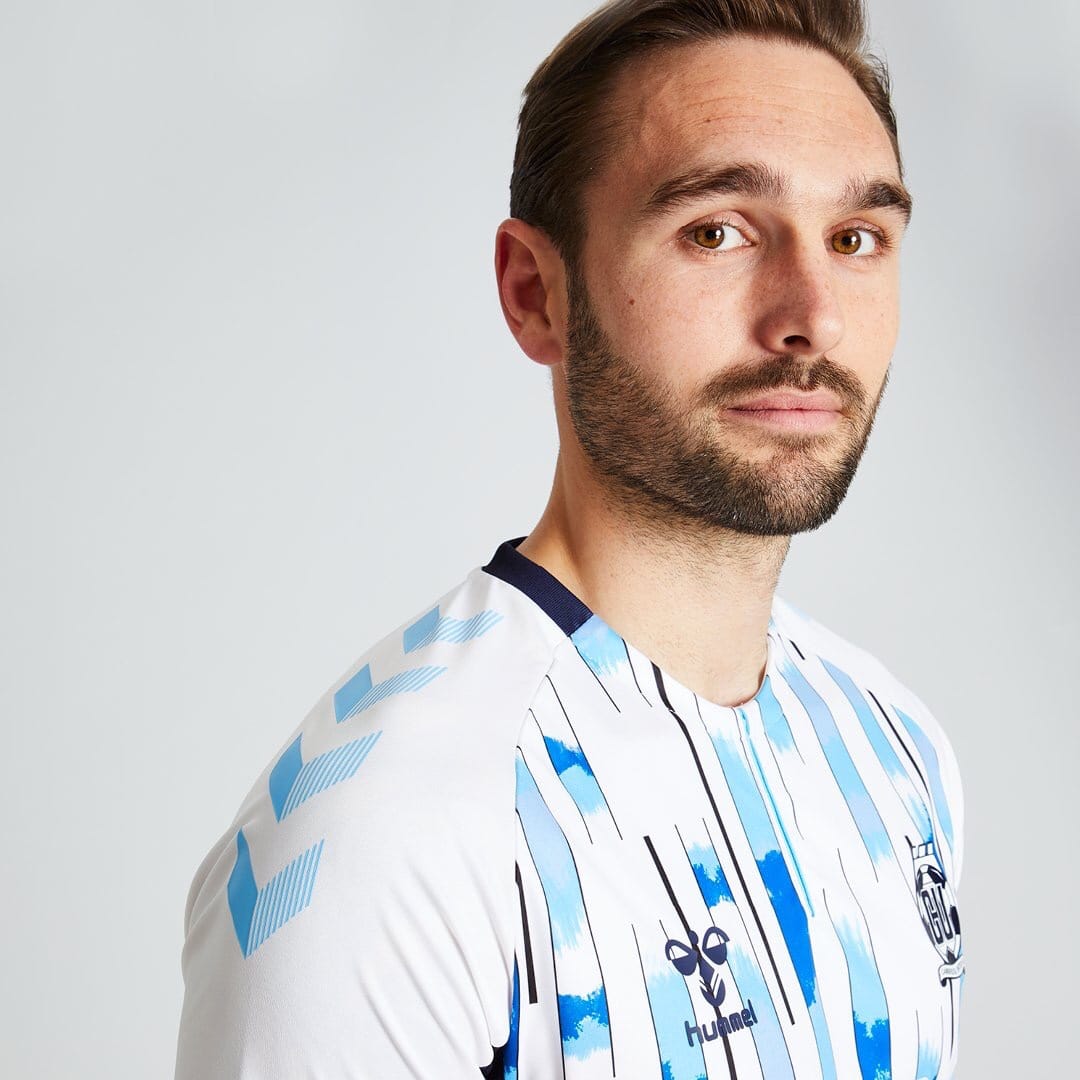 The underarms are coloured navy as is the trim on the back half of the collar, the Hummel logo on the right breast, the CUFC crest on the left breast and the MickGeorge.co.uk shirt sponsor.

The cuffs and the Hummel chevrons on the top of the shoulders are coloured light blue. 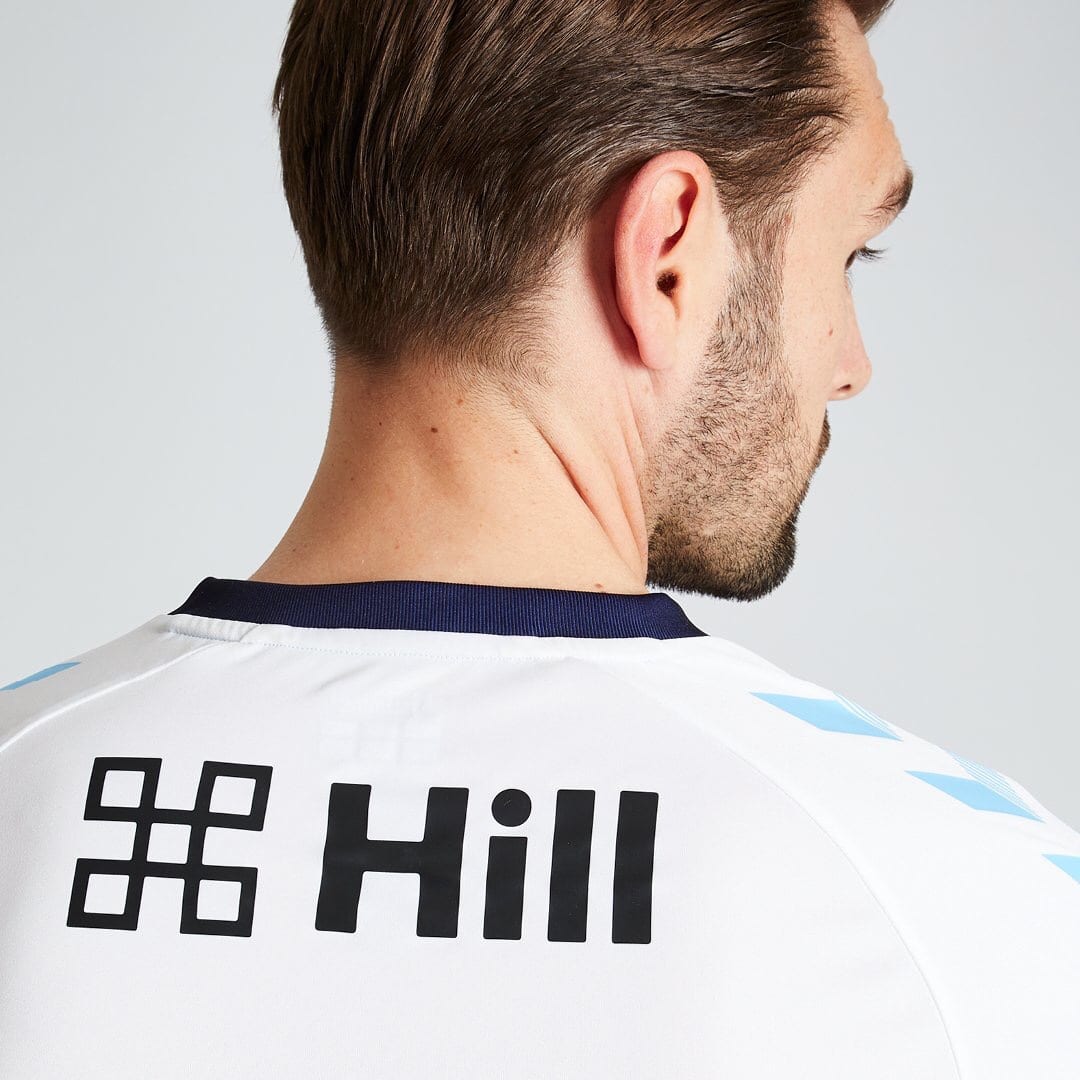 Hill have their logo on the top of the back coloured black. 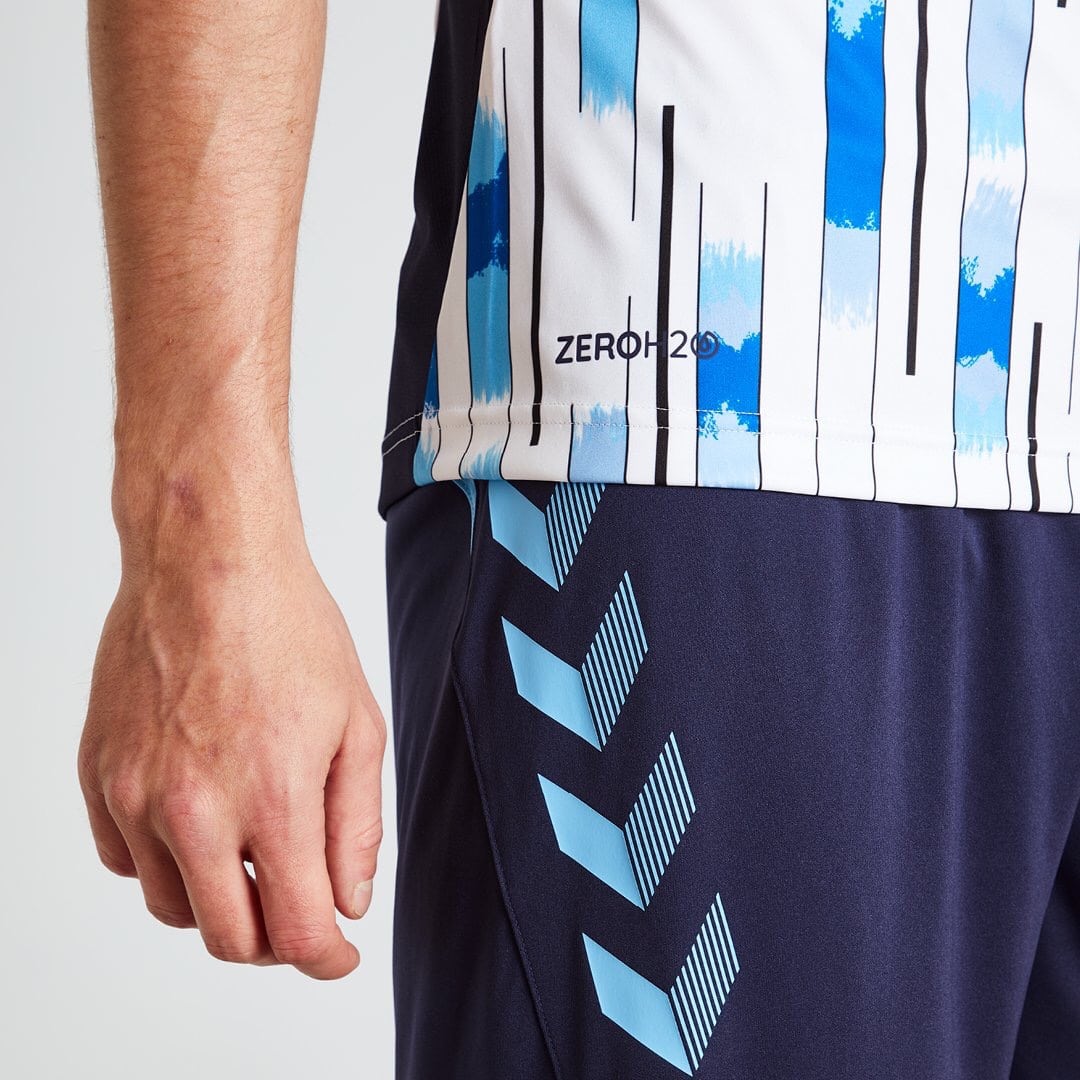 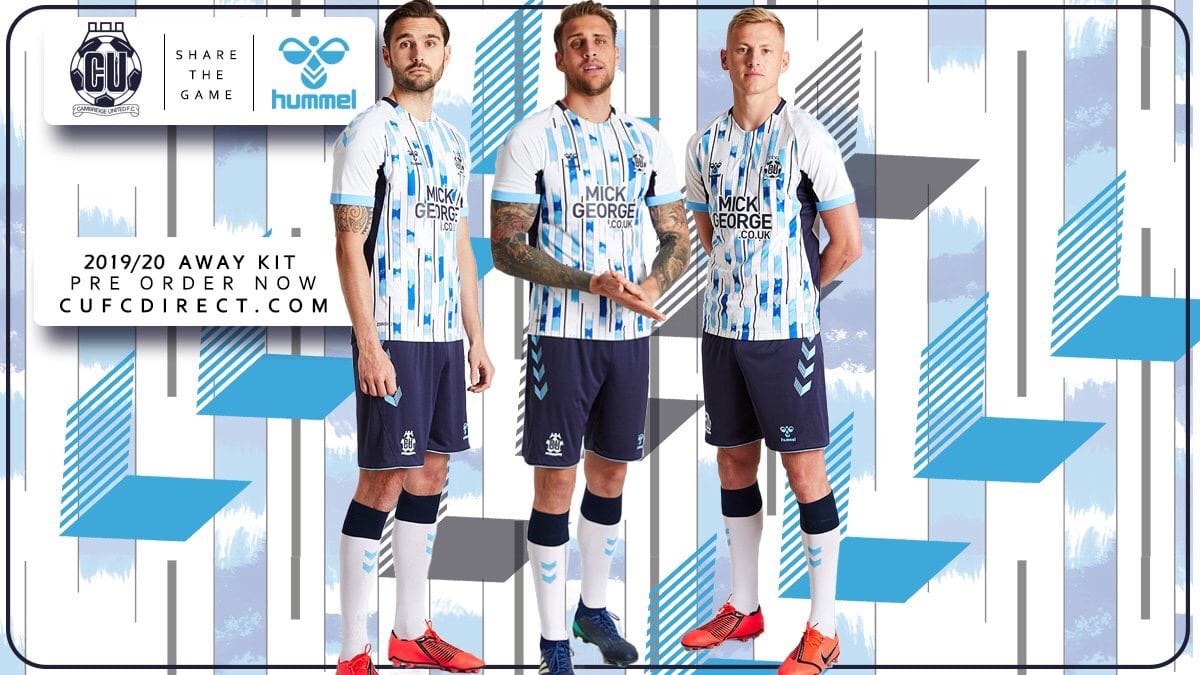