Non league football kit news from the National League North this morning as the new Hereford FC 2019-20 Macron kits have been officially unveiled. 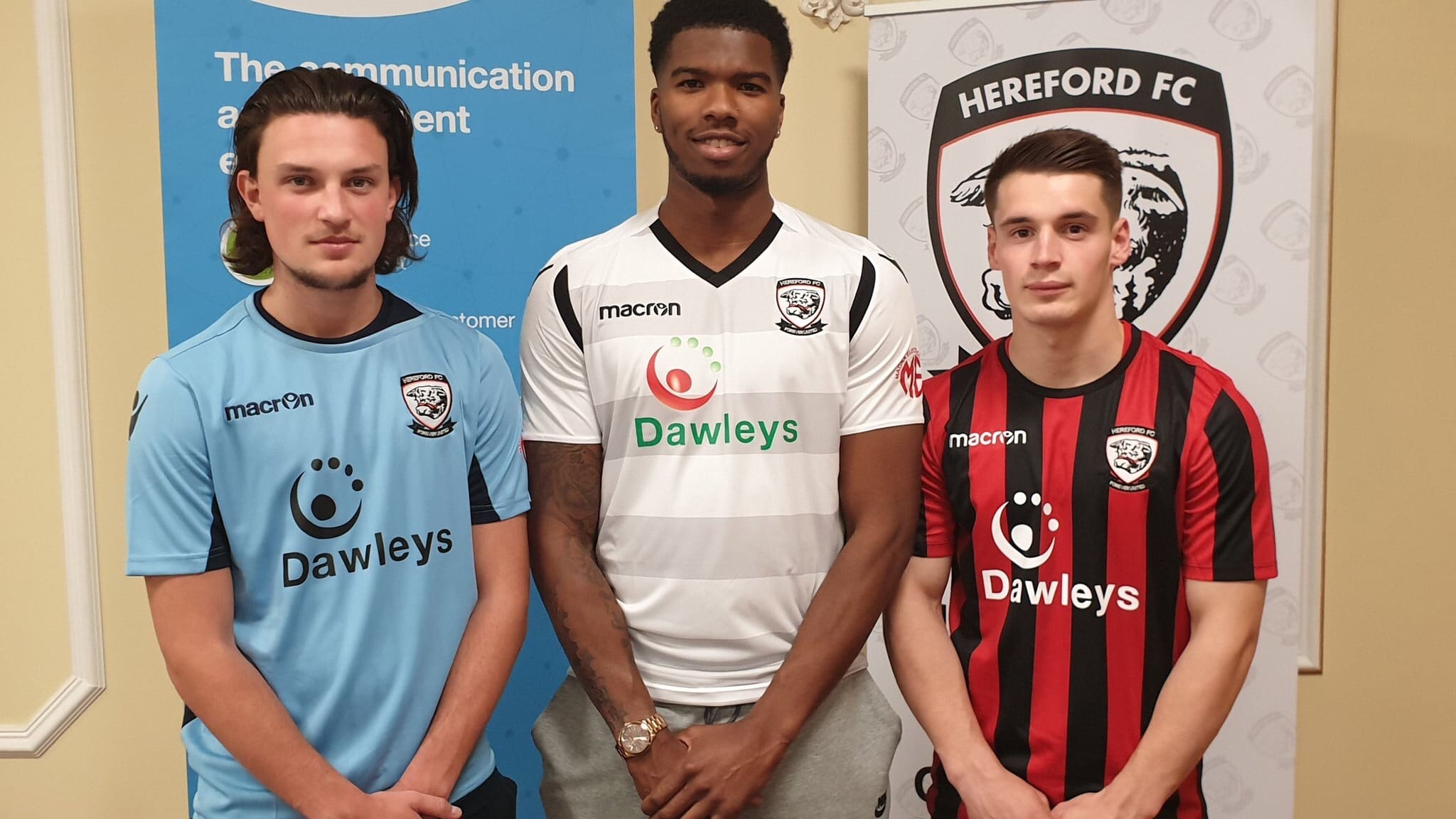 The 2018-19 Hereford home kit is retaining for the 2019-20 season but features the clubs new shirt sponsor Dawleys logo on the front. 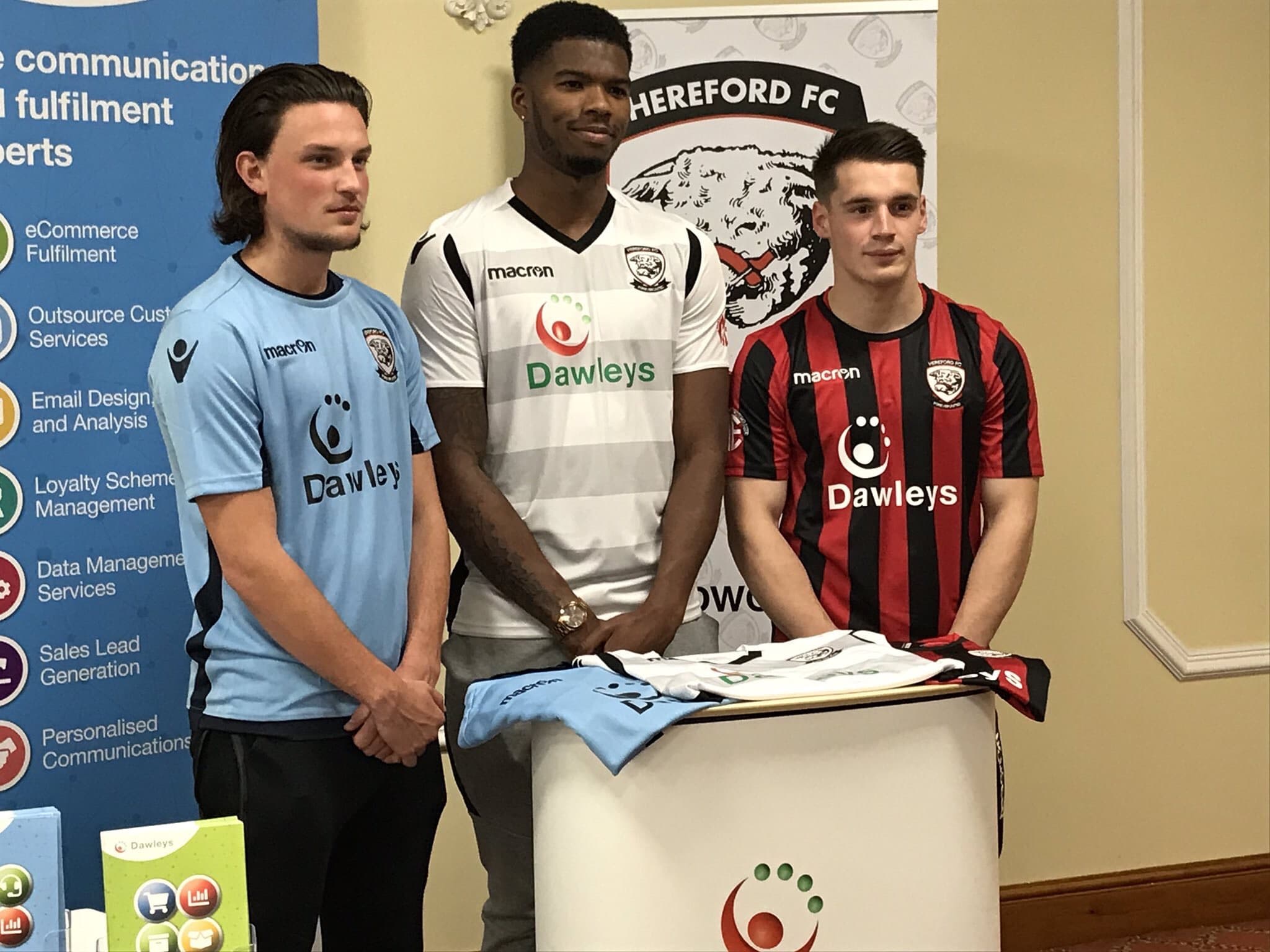 The 2019-20 Hereford away shirt which is made up of black and red stripes was chosen by the clubs supporters in a kit vote earlier this season. 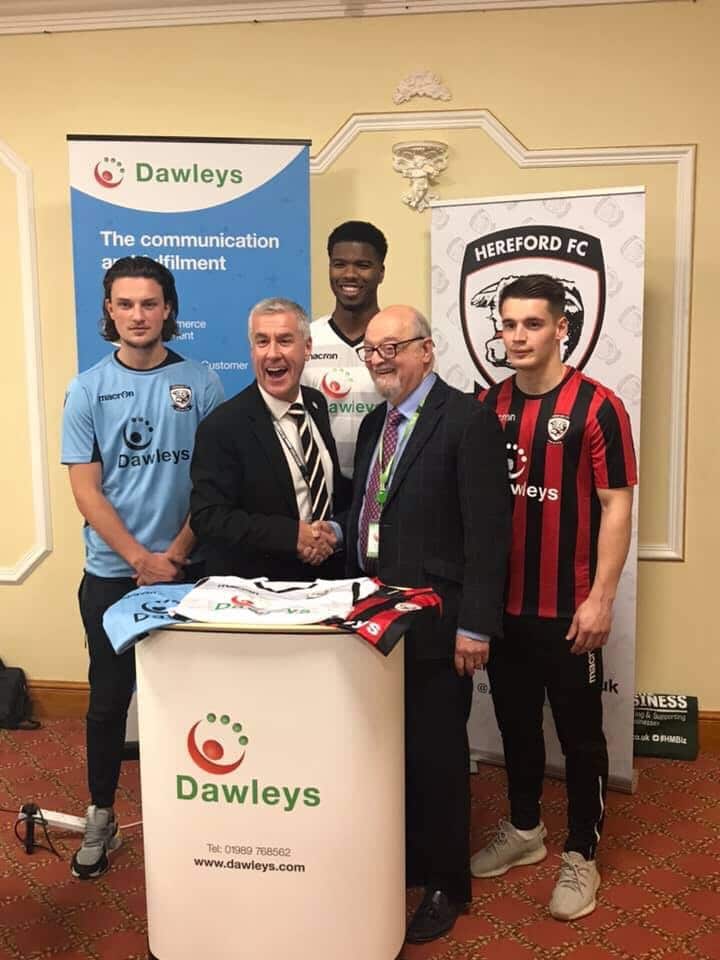 Finally due to a number of potential kit clashes in 2019-20 The Bulls have a blue third kit with black details.