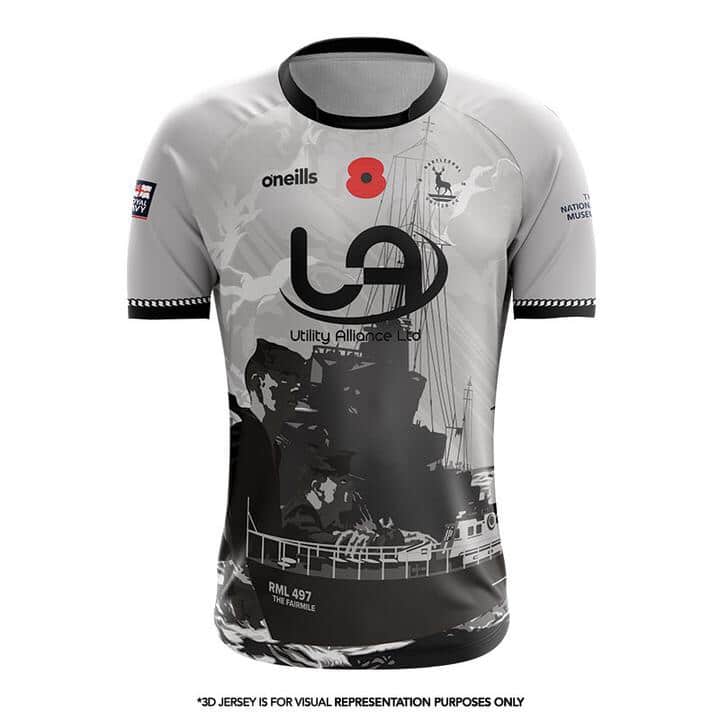 The Hartlepool United 2019 Remembrance shirt focuses on the Royal Navy and features images of both personnel as well as the ship RML 497 which is kept at the National Museum of the Royal Navy Hartlepool having survived the Second World War.

Mark Maguire the clubs Chief Executive said, “As always, we wanted to show due respect to all service personnel, not only those who made the ultimate sacrifice but also those who served at war, we will forever be in their debt.

“We thought this year we would pay particular tribute to the Royal Navy and this will be followed in the coming years by tributes to the RAF and Army, as well as others who contributed to the war effort.

“It seemed appropriate that we started with the Navy as we are a coastal town and we are very proud of the Royal Navy Museum which is within sight of Victoria Park.

“We will proudly wear the shirts for our fixture against Solihull Moors on Tuesday 5 November, in honour of those whose contribution will never be forgotten.”

Both the collar and cuffs are coloured black as is the O’Neills lettering on the right breast, the Hartlepool United crest on the left breast and the shirt sponsor in the centre of the chest.

A Royal Navy badge is placed on the side of the right sleeve whilst a red poppy appears on the top of the chest in the centre of the jersey. 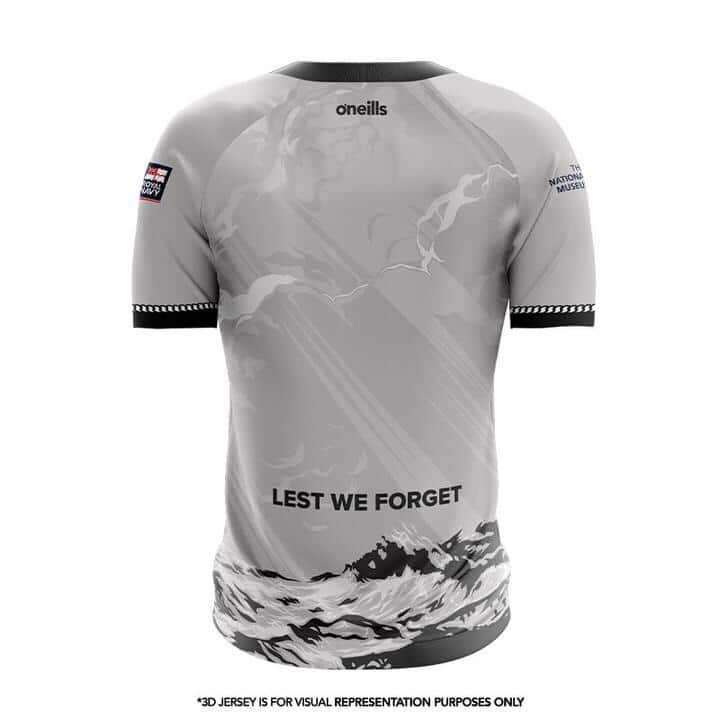 O’Neills have their name on the top of the back whilst black ‘Lest We Forget’ lettering appears on the lower back. 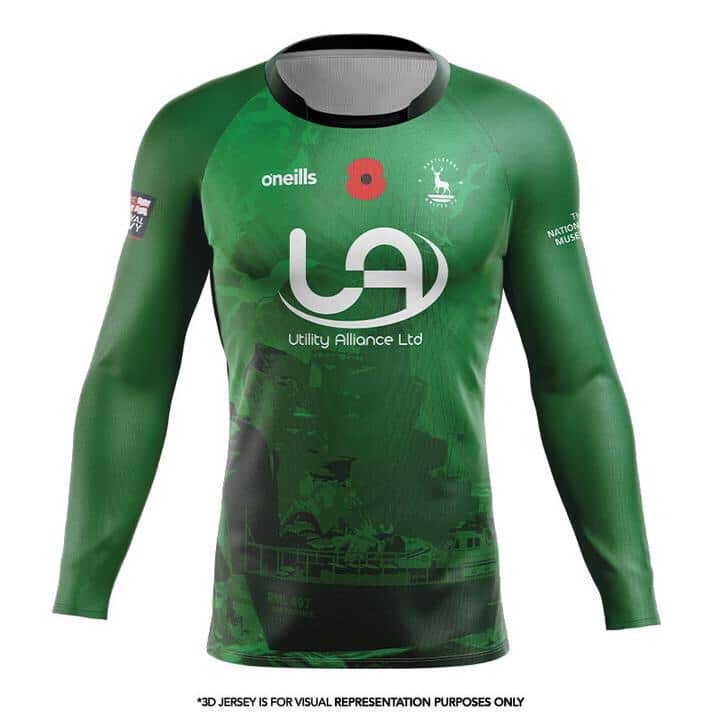 The 2019 Hartlepool United Remembrance Day goalkeeper jersey has the same design but sees the base colour of the shirt coloured green whilst the O’Neills lettering, Hartlepool United crest and shirt sponsor are all coloured white. 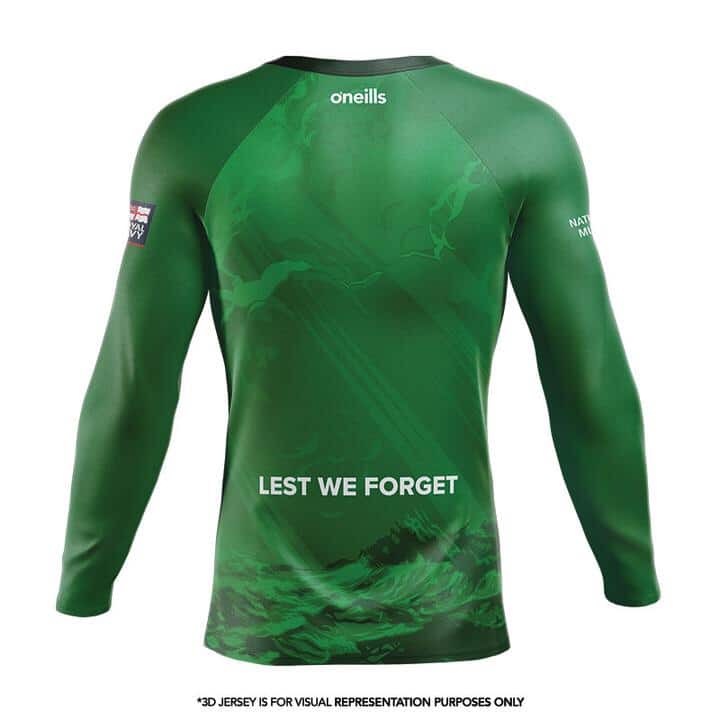