News from the English Premier League as a special limited edition Fulham 140th Anniversary shirt has been officially revealed.

2019 marks the 140th anniversary since the club were formed back in 1879 by Revered John Henry Cardwell from the Fulham St. Andrews Church. The reverend set up a Sunday school team known as Fulham St. Andrews who ten years later become Fulham Football Club.

The new Fulham shirt is a twist on the first ever kit worn by the club and uses the famous black and white colours first introduced in 1889. 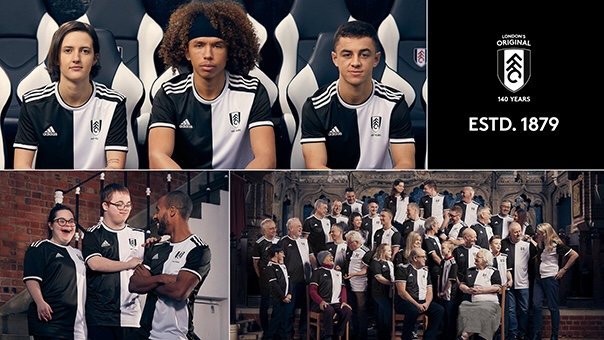 The 2019 Fulham 140th Anniversary shirt has a half and half design that sees the right side of the shirt coloured black with the left side coloured white, although the sleeve is black.

The collar and cuffs are white as are the Adidas stripes on the shoulders and the Adidas logo on the right breast. A Fulham 140th Anniversary crest is placed on the left breast.

Only 1879 limited edition Fulham shirts will be be available to buy from the club with each one being individually numbered and certificated.

Fulham will wear the commemorative jersey in a pre season fixture later in 2019.