Football kit news from Brazil as the new Flamengo 2019-20 Adidas away kit has been officially unveiled. 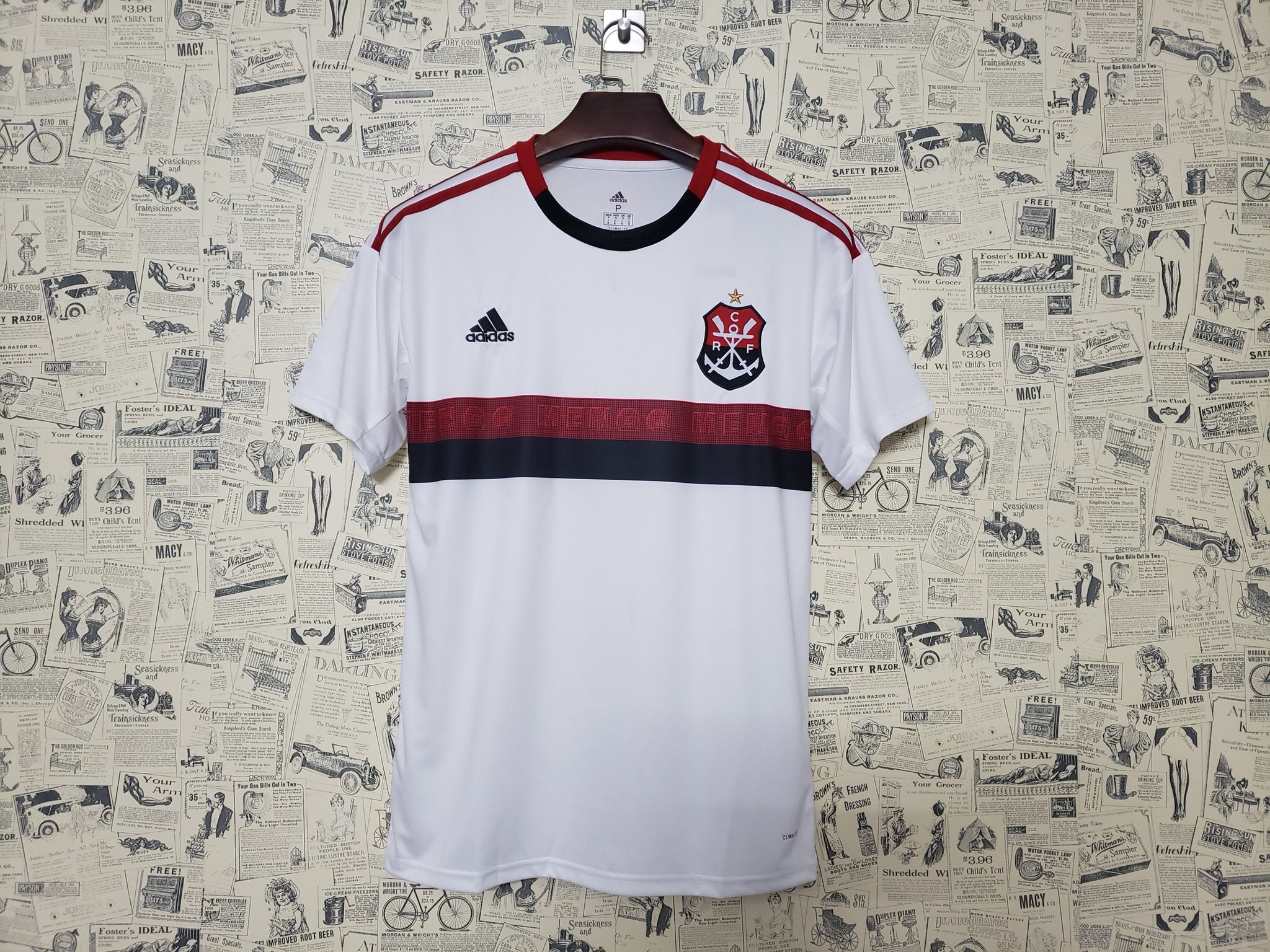 The 2019-20 Flamengo away jersey has a white base colour with a red and black chest band. 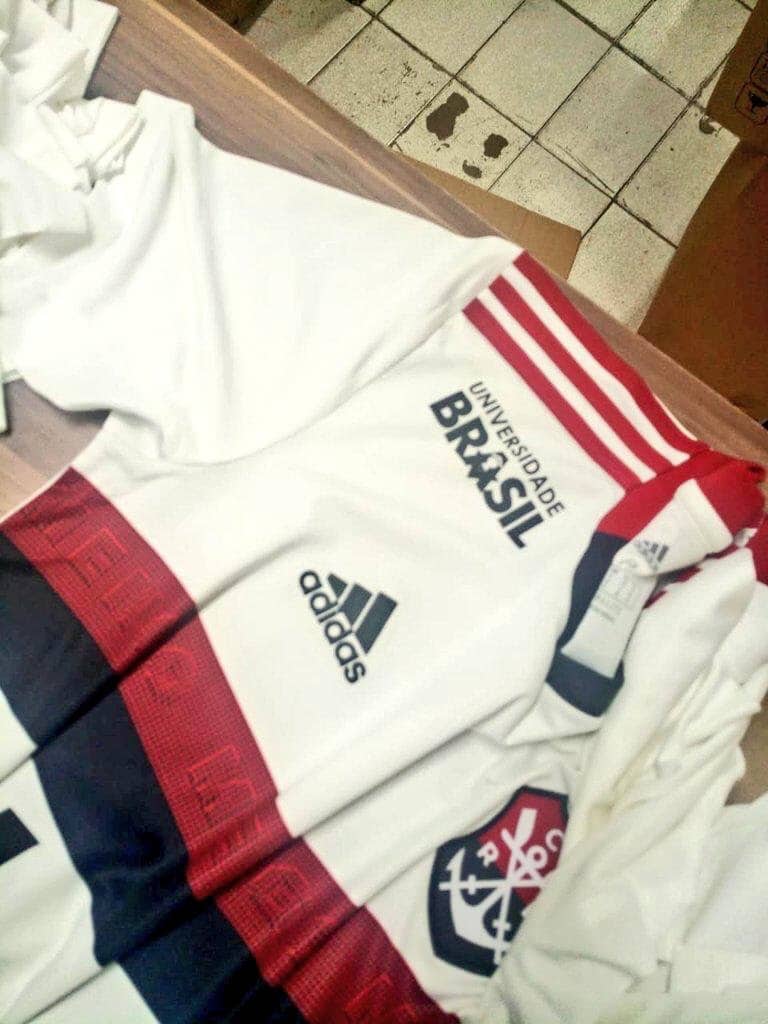 On the red stripe is 3D ‘Mengo’ lettering. 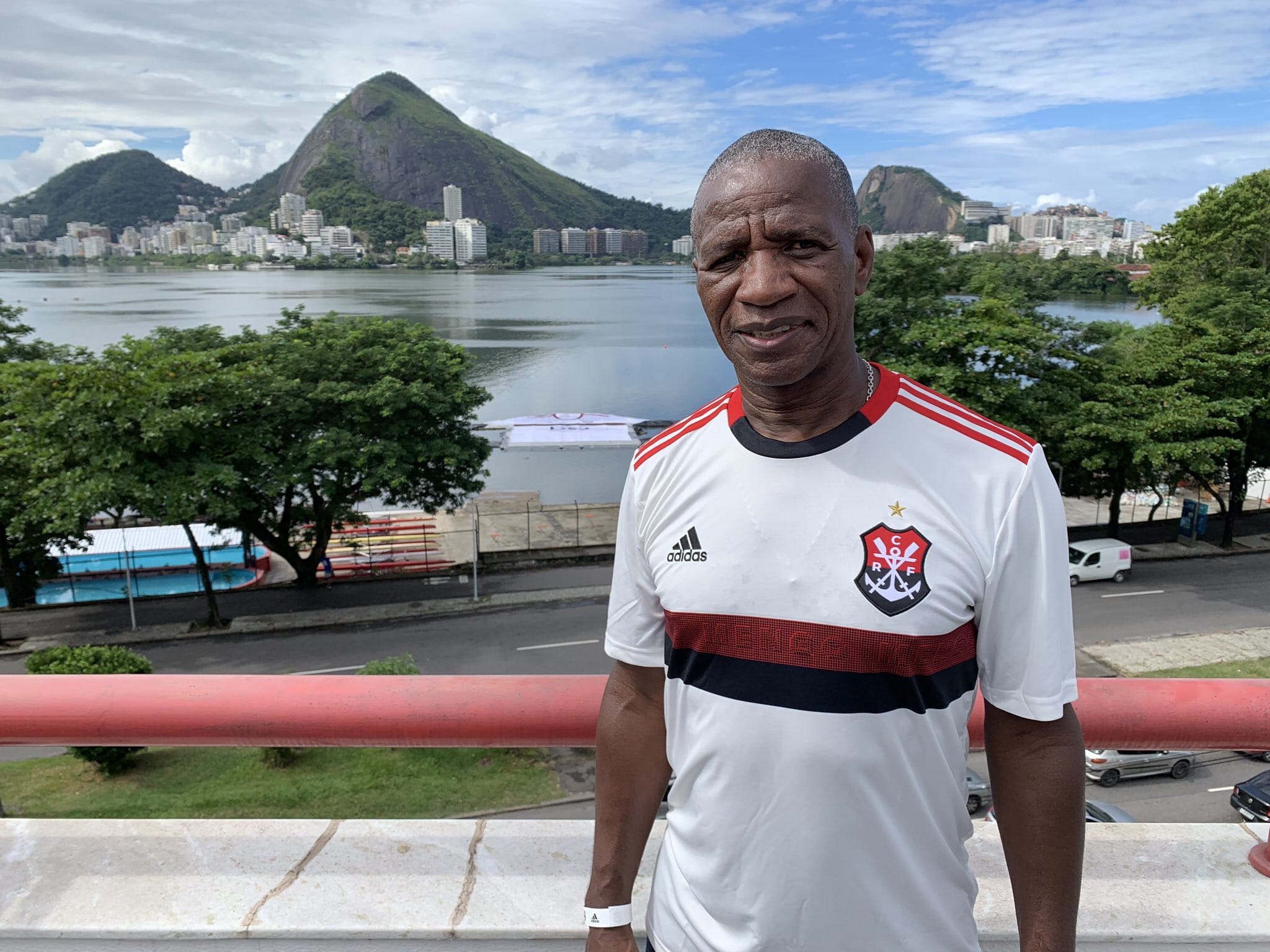 Red Adidas stripes are placed on the shoulders whilst the German brands logo on the right breast is coloured black. 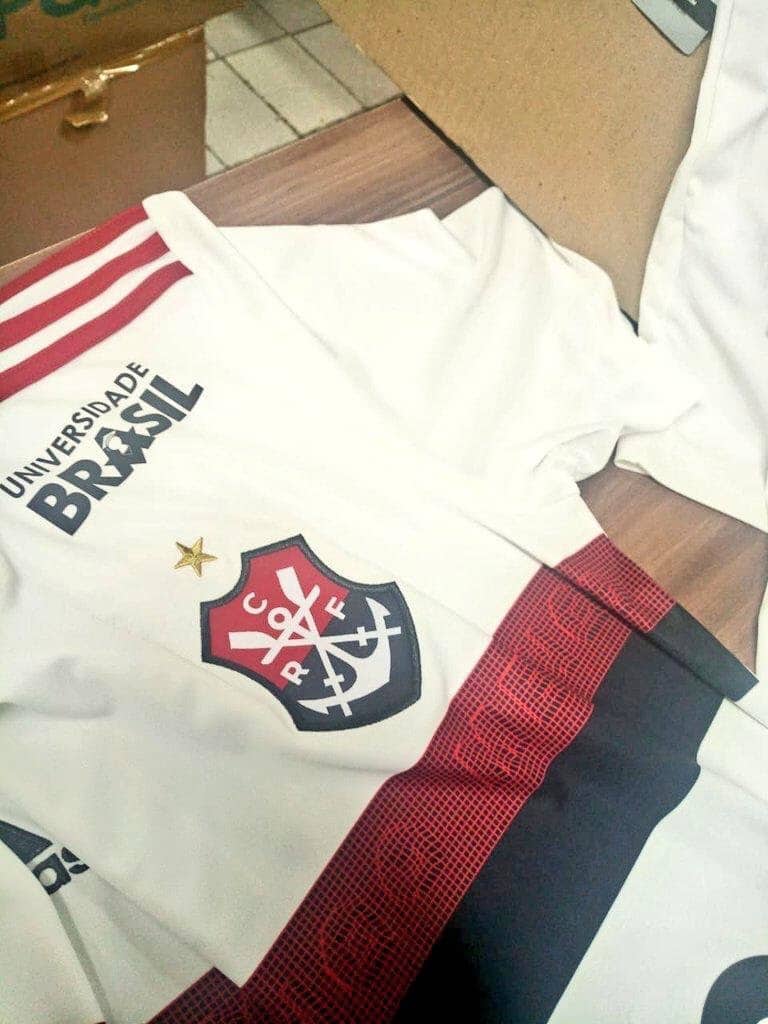 On the left breast is the Flamengo Regatta badge that was used when the club were formed originally as a sailing club. 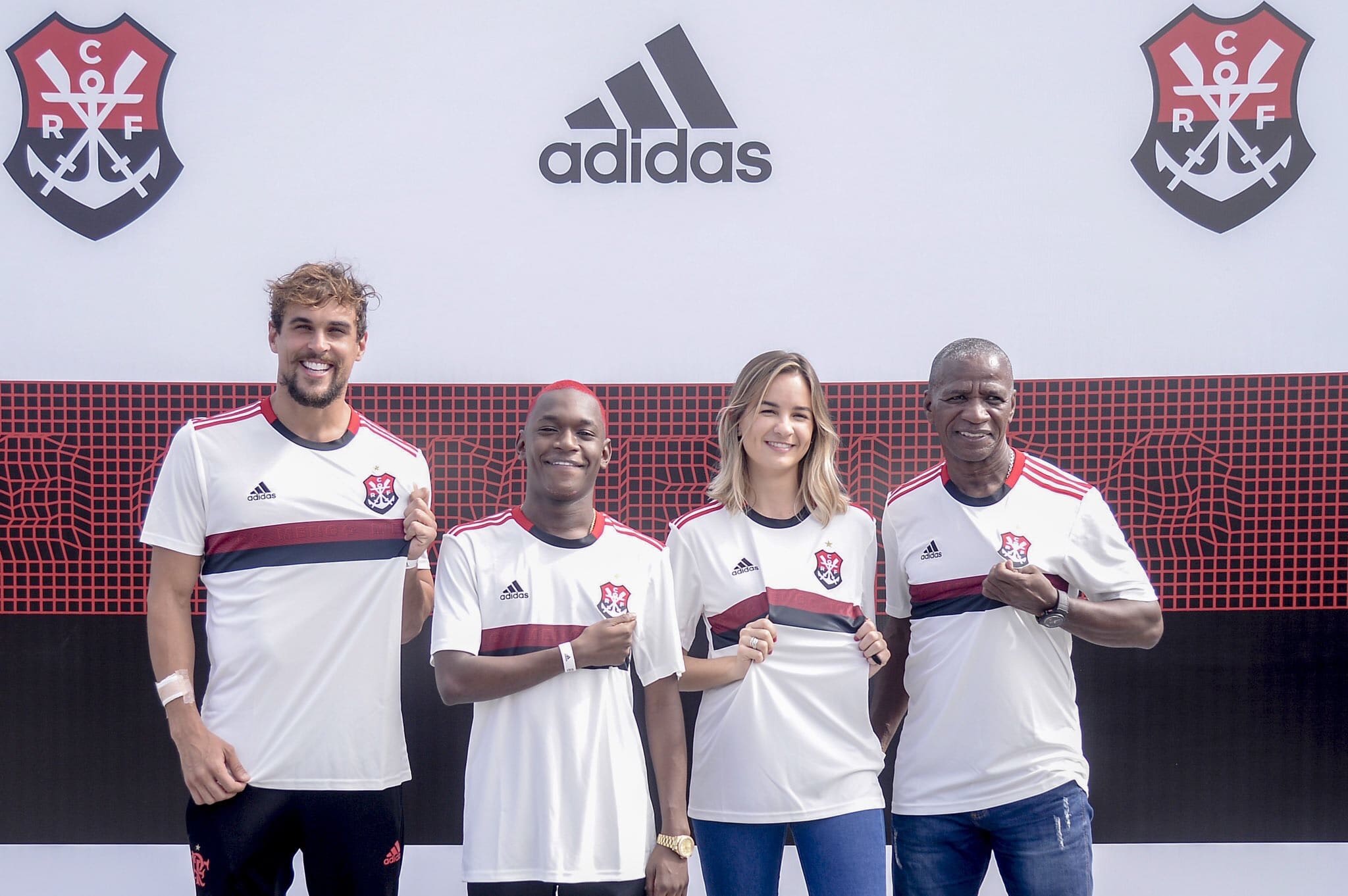