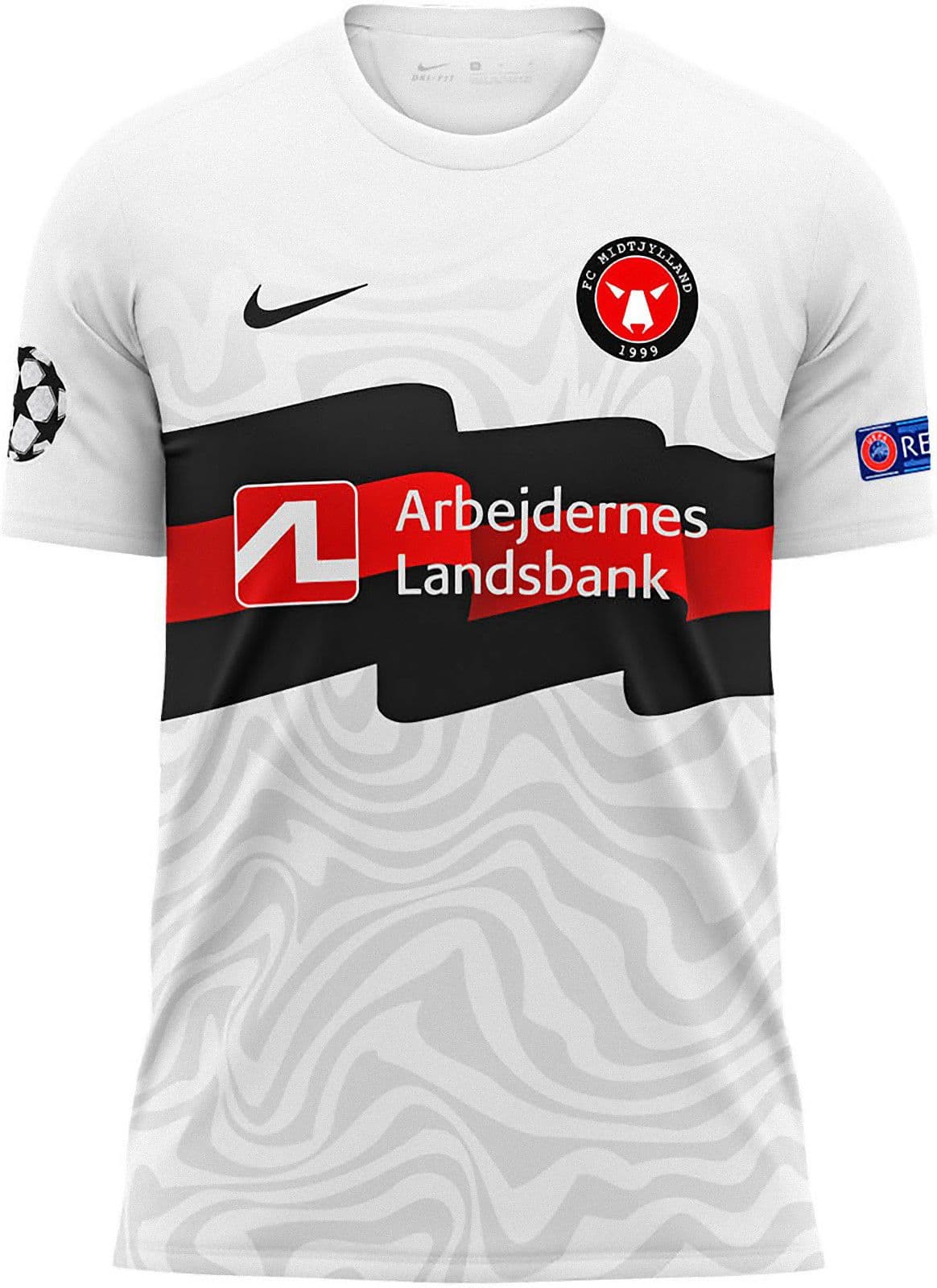 The 2020-21 FC Midtjylland Champions League home shirt is white with a grey pattern on the front that fades out as it gets to the top of the jersey.

A wavy black band with a red centre stripe runs across the front of the shirt with the Arbejdernes Landsbank sponsor on top.

A black Nike logo is placed on the right breast whilst the FC Midtjylland badge appears on the left breast. 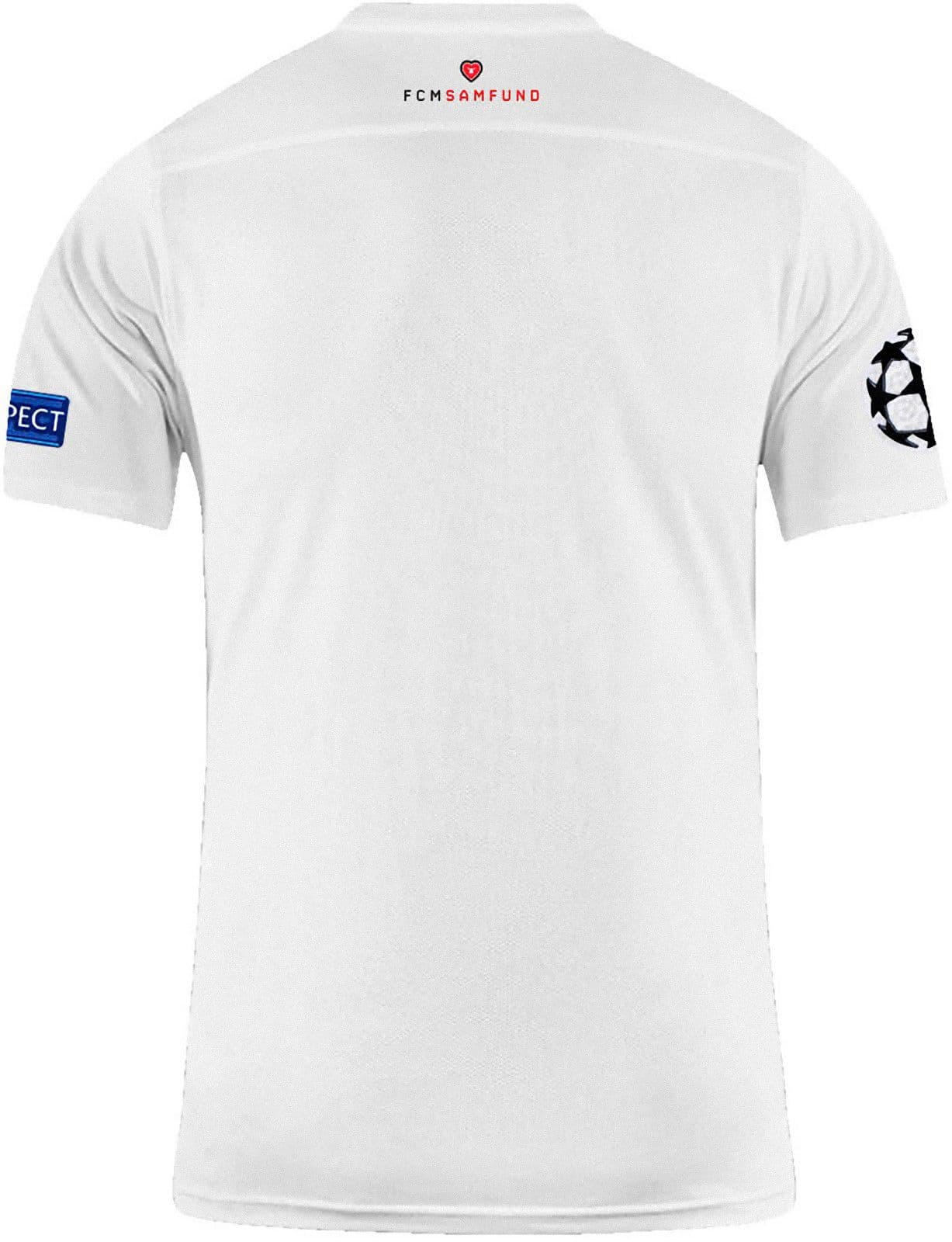 The FC Midtjylland Champions League goalkeepers shirt 2020 is predominantly red with a tonal pattern on the front that fades out near the top of the jersey. 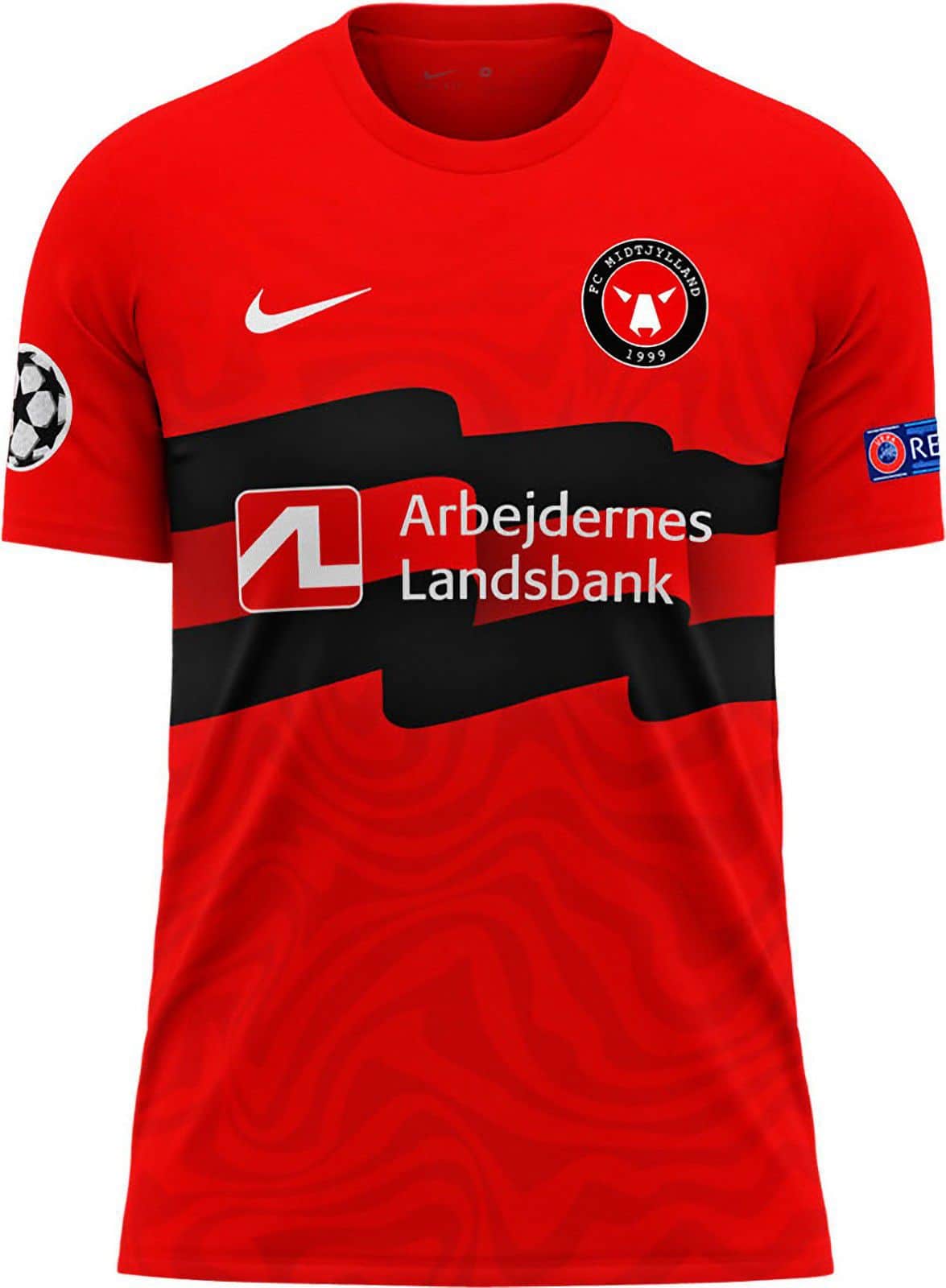 As with the outfield shirt a black and red wavy stripe runs across the front and features the shirt sponsor on top.

The Nike logo on the right breast is coloured white whilst the club badge appears on the left breast. 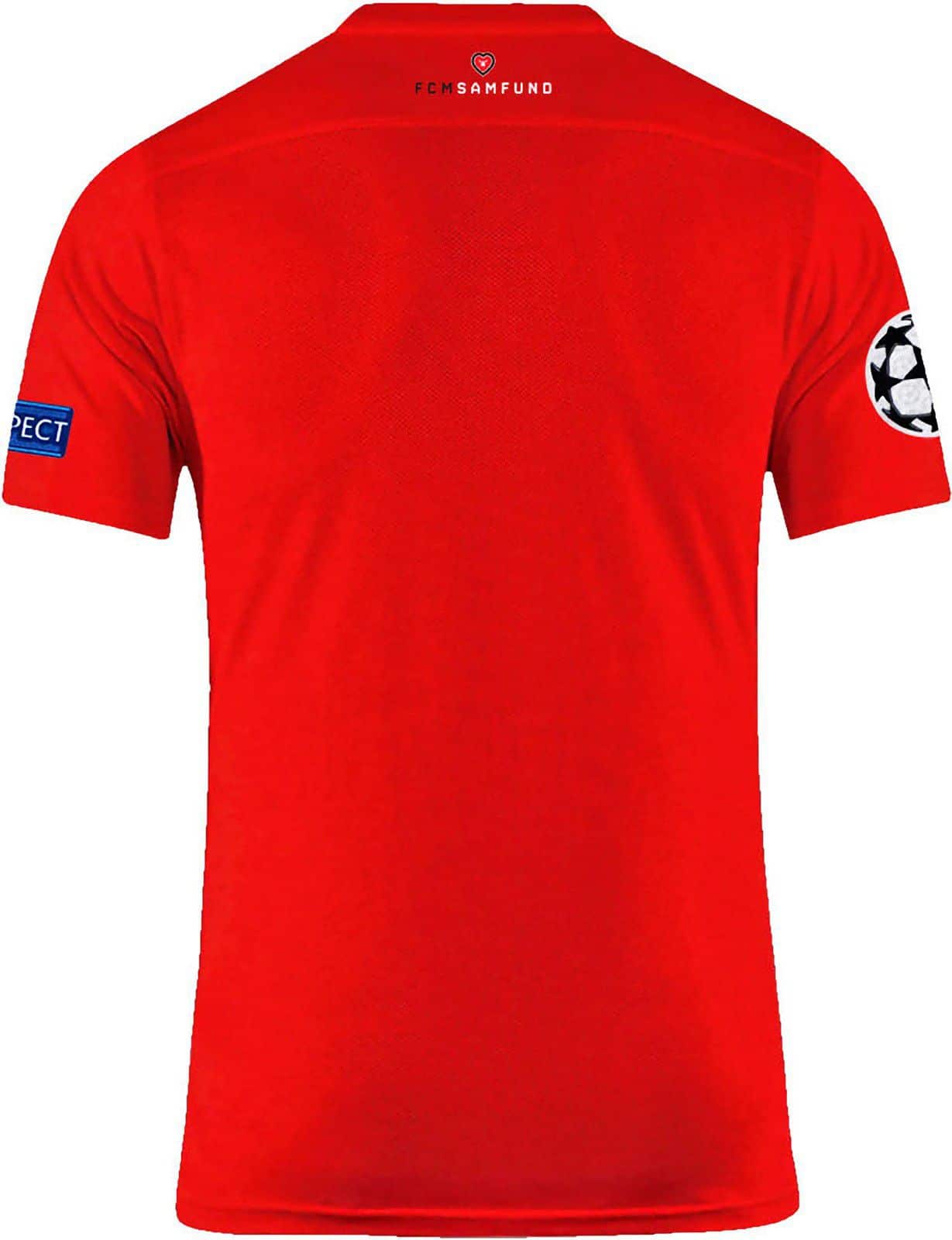