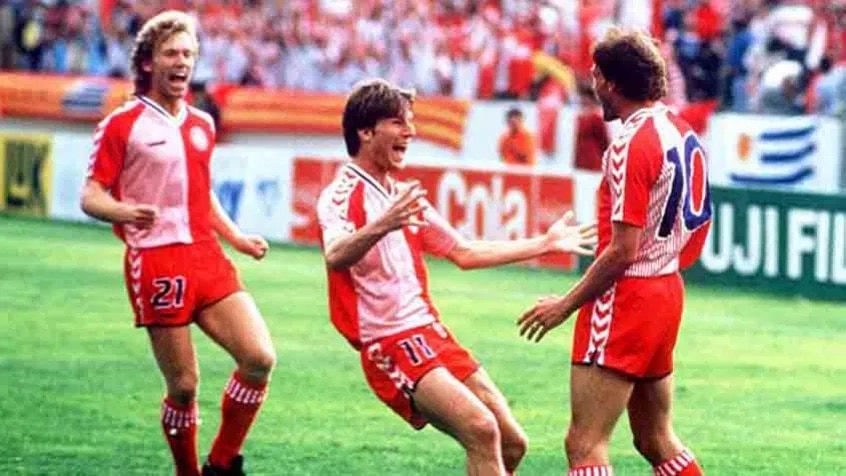 The Danish brand have rereleased the iconic Denmark home shirt which shot to fame at the 1986 World Cup in Mexico.

Although the Danes were drawn in the ‘Group of Death’ alongside West Germany, Uruguay and Scotland the ‘Danish Dynamite’ won all three group games.

Unfortunately Denmark lost 5-1 to Spain in the round of 16 fixture but the home kit was cemented as one of the greatest kits of all time! 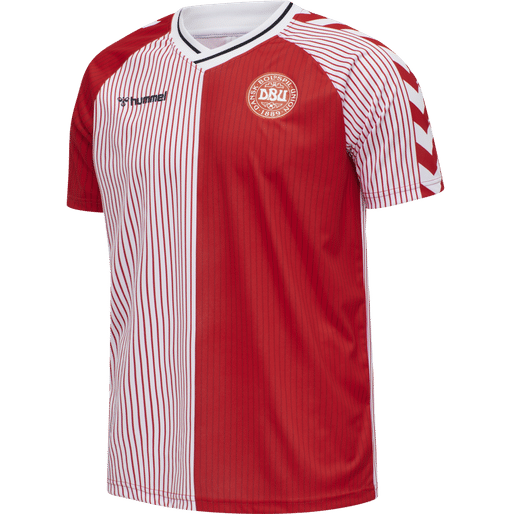 The white flap over collar has black trim running through the centre. 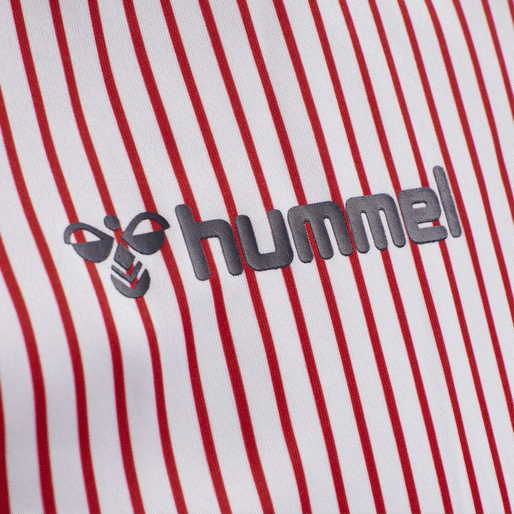 On the right breast is black Hummel text whilst the DBU badge is placed on the left breast. 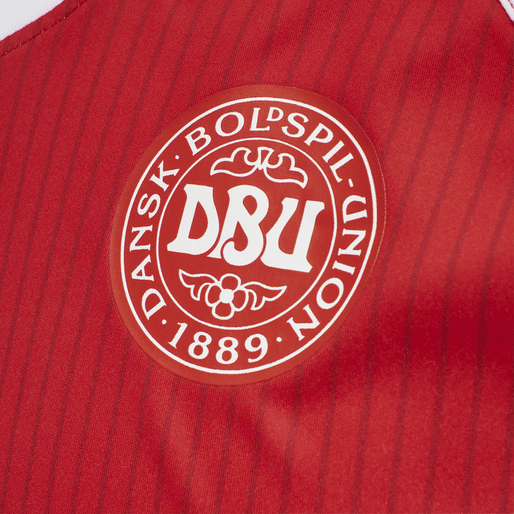 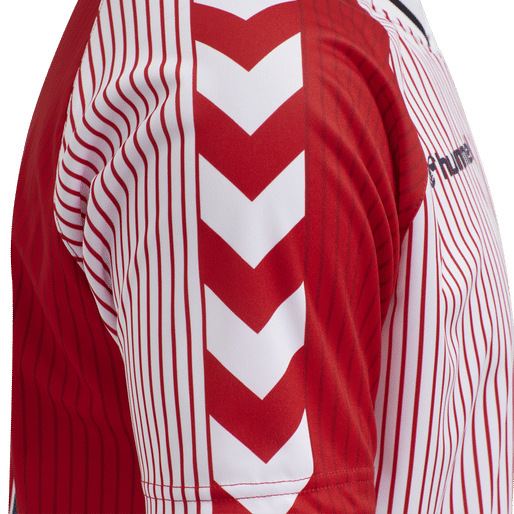 Alternate red and white chevrons run along the top of the sleeves. 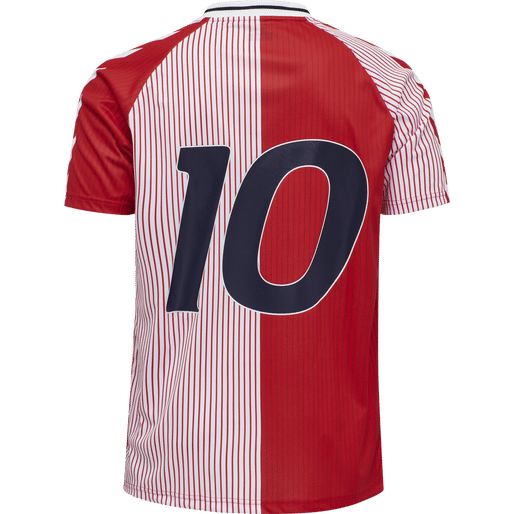 The half and half design continues on the back of the football shirt.

Buy a classic retro Denmark shirt from The Kitman!