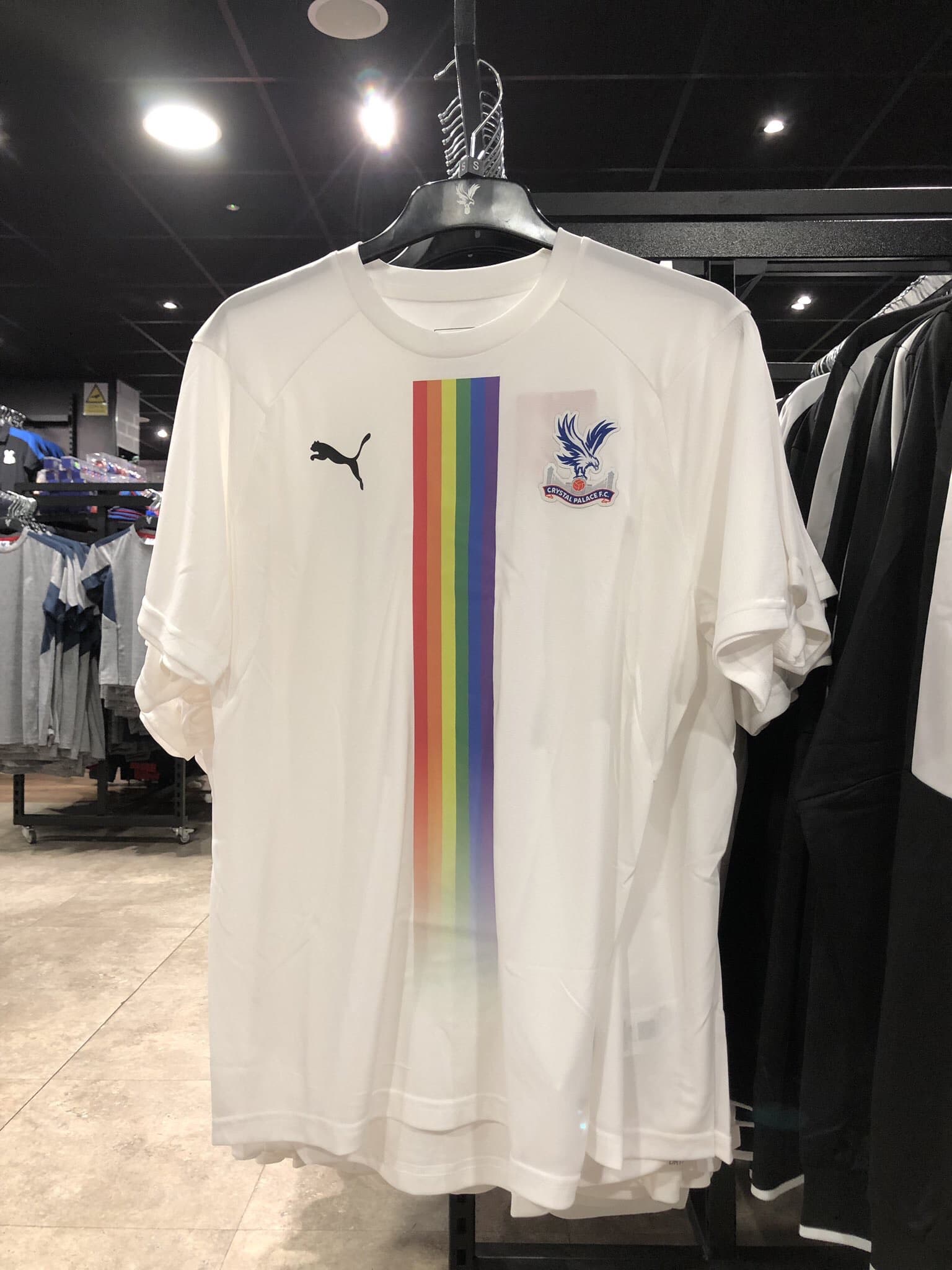 The Palace Pride shirt 2019 which aims to raise awareness of the LGBT community is white with a rainbow stripe running down the centre which gradually fades out as it gets to the bottom of the jersey.

A black Puma logo is placed on the right breast whilst on the opposite breast is the Crystal Palace crest.

Crystal Palace Chairman Steve Parish said, “Tonight, we are proud to shine a light on the Rainbow Laces campaign – which promotes inclusivity in football, and embracing the LGBT community. This is everyone’s game – and everyone is welcome here at Palace.”

Only 100 Palace Pride shirts were made available in the club shop last night and they won’t be sold online.

All proceeds from the sale of the limited edition shirts will go to the clubs official charity, the Palace For Life Foundation.