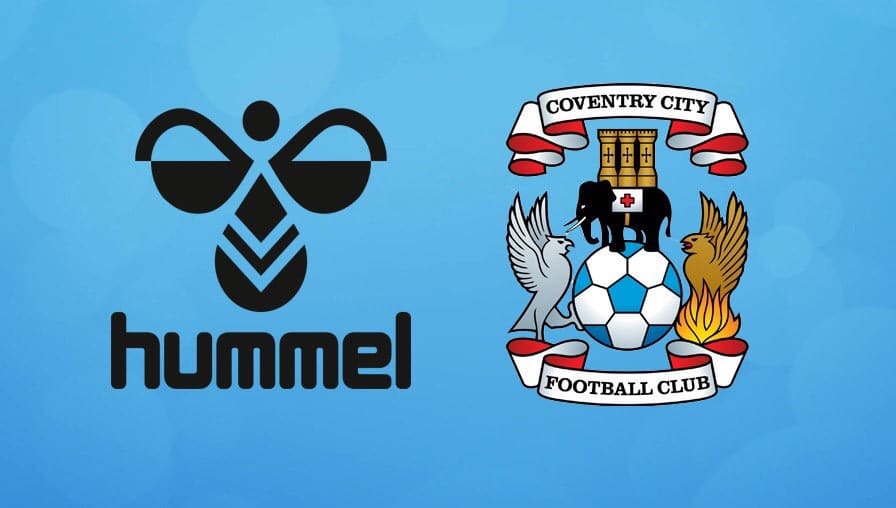 Starting from the 2019-20 season Hummel will produce bespoke Coventry City kits for the next five years until the end of the 2023-24 season.

There with five offers on the table but the club chose the Danish brand who last manufactured the Coventry City kits 30 years ago when they wore Hummel kits in the 1987-88 and 1988-89 seasons.

Coventry City Chief Executive, Dave Boddy said, “We are delighted to announce that hummel will be our new Technical and Retail Partners.

“The Nike brand has worked well for us over the last 4 seasons but the opportunity to work with hummel, a manufacturer which has heritage and history with the club, is an outstanding opportunity for the club.

“They want to work with the Club, which is important to us and they bring with that an incredible ethos, quality and exceptional retail experience in the UK.

“Hummel were a massive brand in the UK in the late 80’s and early 90’s and were Club partners delivering that iconic shirt from 87 to 89 and have continued to be massive in Europe ever since.

“The brand has been re-invigorated in the UK over the last few years supplying the likes of Glasgow Rangers, Middlesbrough and Charlton Athletic and we are delighted to be working with them on what is a long term project and a great commercial deal for the Club.

“I know all supporters will be excited to see the new home and away kits for the new season and we will be bringing these to you shortly.

“Finally, I would like to thank Nike and Just Sport for all their support over the last four years.”