Women’s football kit news as the new Chicago Red Stars 2019 home kit made by Nike has been unveiled by the National Women’s Soccer League side. 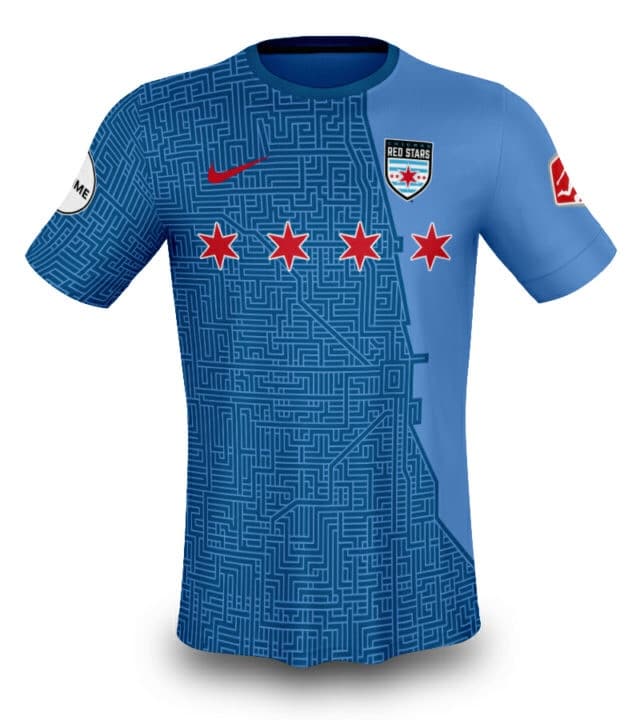 The 2019 Chicago Red Stars home jersey is light blue with a dark blue pattern on the front inspired by the Chicago Transit Authority ‘L’ Train system. It’s named the ‘L’ train due to the fact the tracks are elevated above the city, hence the new strip has been dubbed the ‘Elevated’ kit. 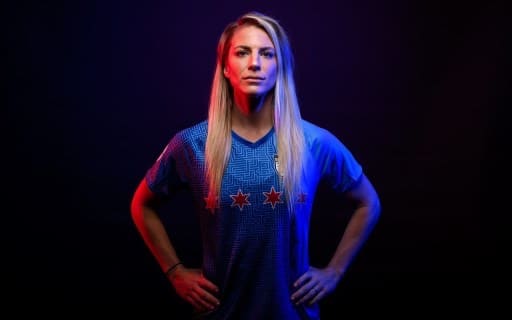 The Nike Swoosh on the right breast is coloured red whilst the four red stars are placed on the chest. 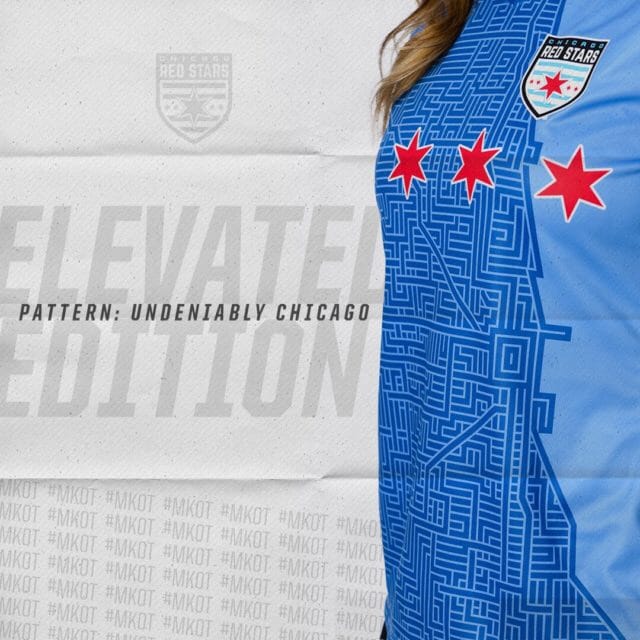 On the lower back the blue graphic is inspired by the famous Chicago skyline. 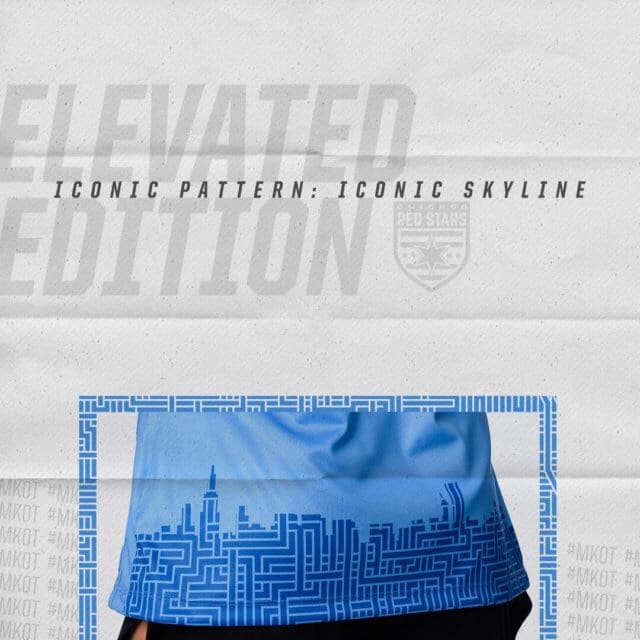 The club have confirmed that the Chicago Red Stars Elevated jersey 2019 has already sold out. 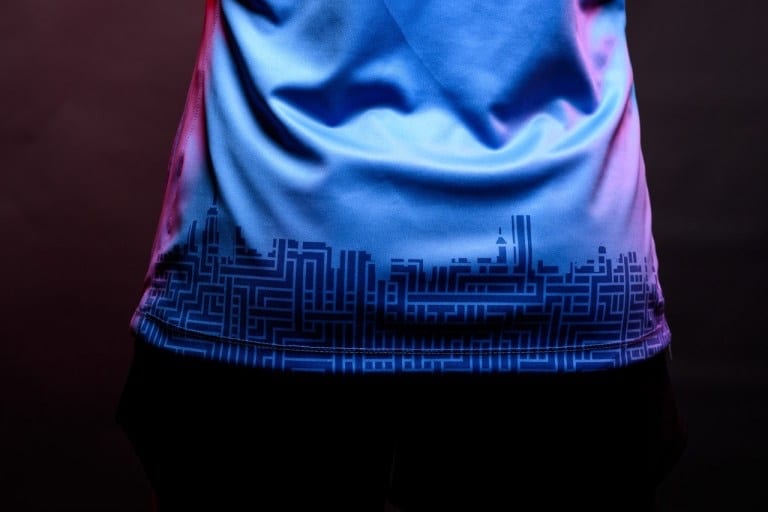