Kit news from Spain as a limited edition C.D. Numancia 75th anniversary kit made by Errea has been officially unveiled by the club. 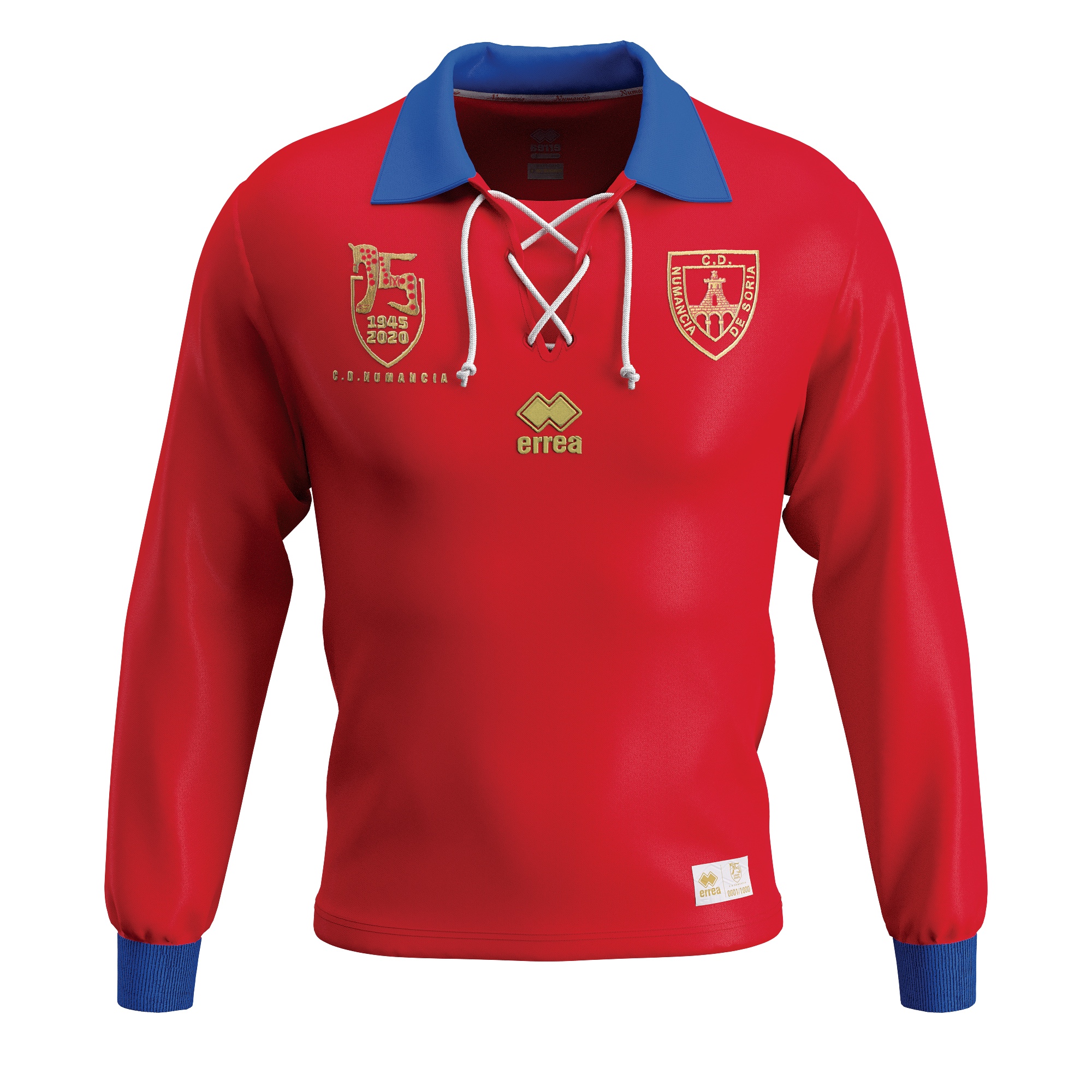 The 2019-20 C.D. Numancia 75th Anniversary shirt has a vintage look and sees a predominantly red jersey featuring blue cuffs and a blue collar with white lace at the bottom. 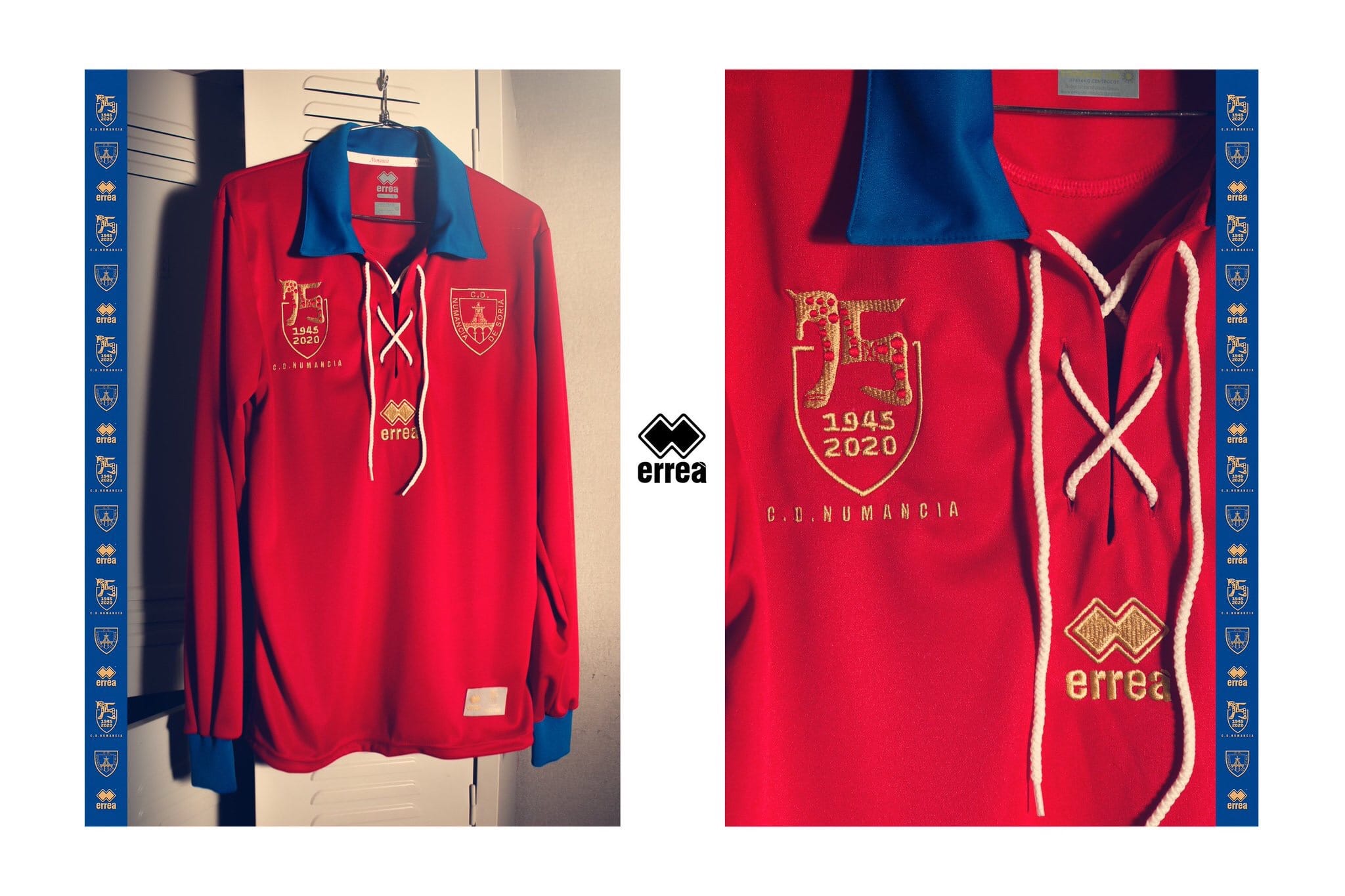 On the right breast is the clubs 75th anniversary crest whilst the usual club crest appears on the left breast, both are coloured gold as is the Errea logo in the centre of the chest. 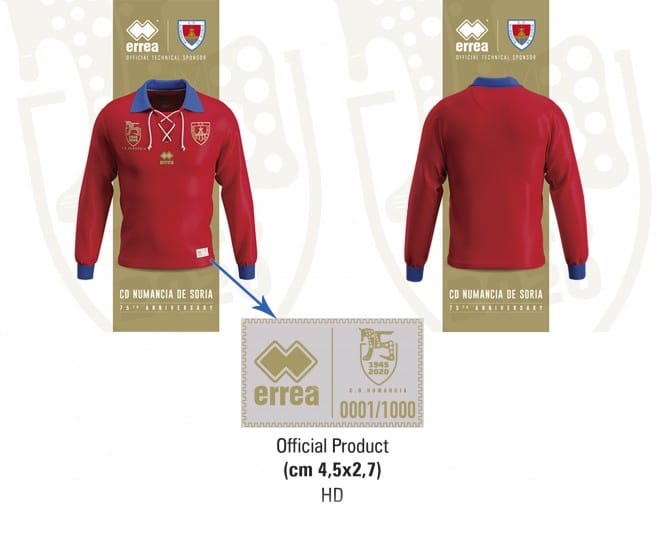 Only 1000 jerseys will be made available with each one individually numbered. In the bottom left corner of the front is a tag with the Errea logo and the individual shirt number out of 1000.