Football kit news from the English Premier League as the new Umbro Burnley FC away kit 2019-20 has been teased and is expected to be revealed later today.

The club have released a teaser video with a man spray painting a template (see below image) on to a a claret coloured door. 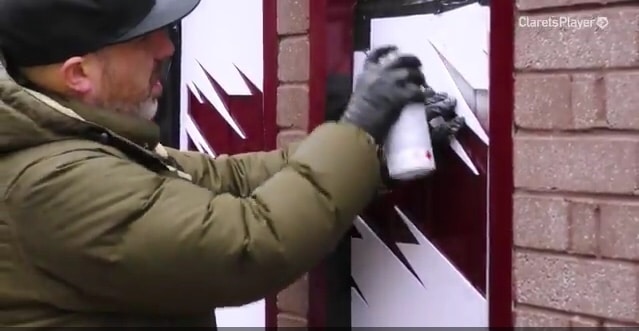 The 2019-20 Burnley away shirt has a blue base colour with a tonal blue graphic on the chest. 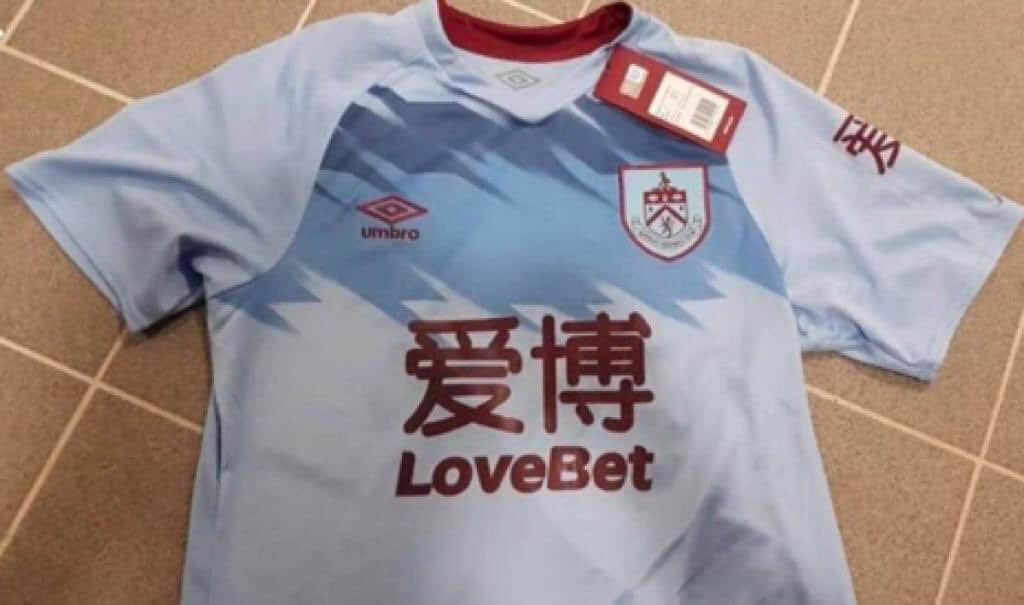 LoveBet will have their sponsor in the centre of the football shirt.

Keep you eyes peeled on The Kitman to see the kit in all its glory.

Buy a classic retro Burnley shirt from The Kitman!