Football kit news from the German Bundesliga as a limited edition Puma Borussia Dortmund 2019-20 ‘Borussia Verdindet’ jersey has been revealed as the club join forces with Kick It Out. 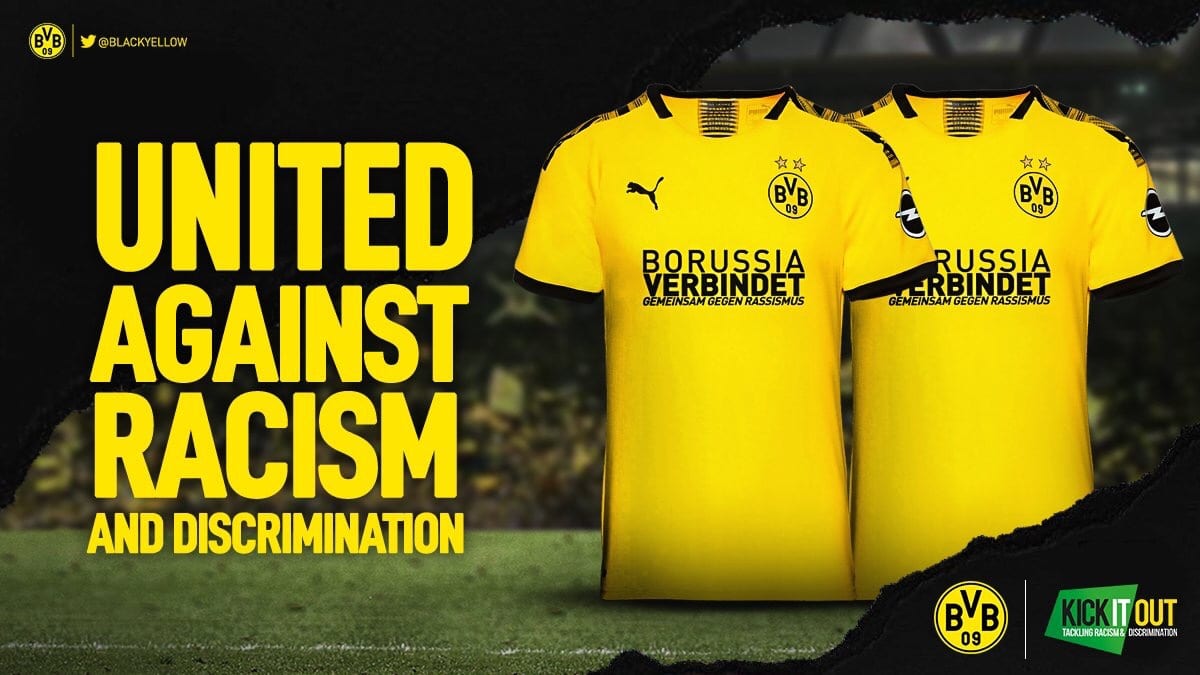 Kick It Out and BVB are hoping to raise awareness and fight against all forms of racism and discrimination with the limited edition jerseys.

The club are offering supporters the chance to win one of the limited edition jerseys on their Twitter feed at @BlackYellow.