Earlier today we revealed that Borussia had announced a new shirt sponsorship deal with Flatex, now the club have revealed the 2020-21 home shirt made by Puma.

The 2020-21 Borussia home shirt takes its inspiration from the hotel which recently opened next to the stadium and sees an off white jersey featuring an all over diamond pattern graphic on the front that closely resembles the front of the recently open hotel.

Black Puma logos are placed on the sides of the shoulders and the right breast. 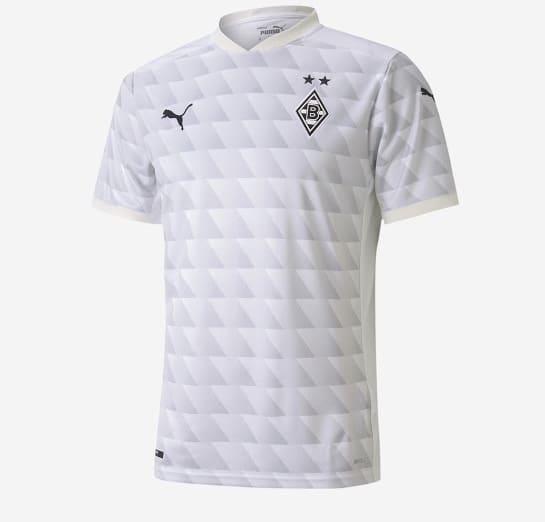 On the left breast is the Borussia Mönchengladbach badge which is also coloured black with ‘120 Jahre 1900-2020’ lettering underneath.

New shirt sponsor Flatex have their logo in the centre of the football shirt.