Football kit news from Sky Bet League One as the Blackpool FC 2019-20 away kit will be chosen via a vote. 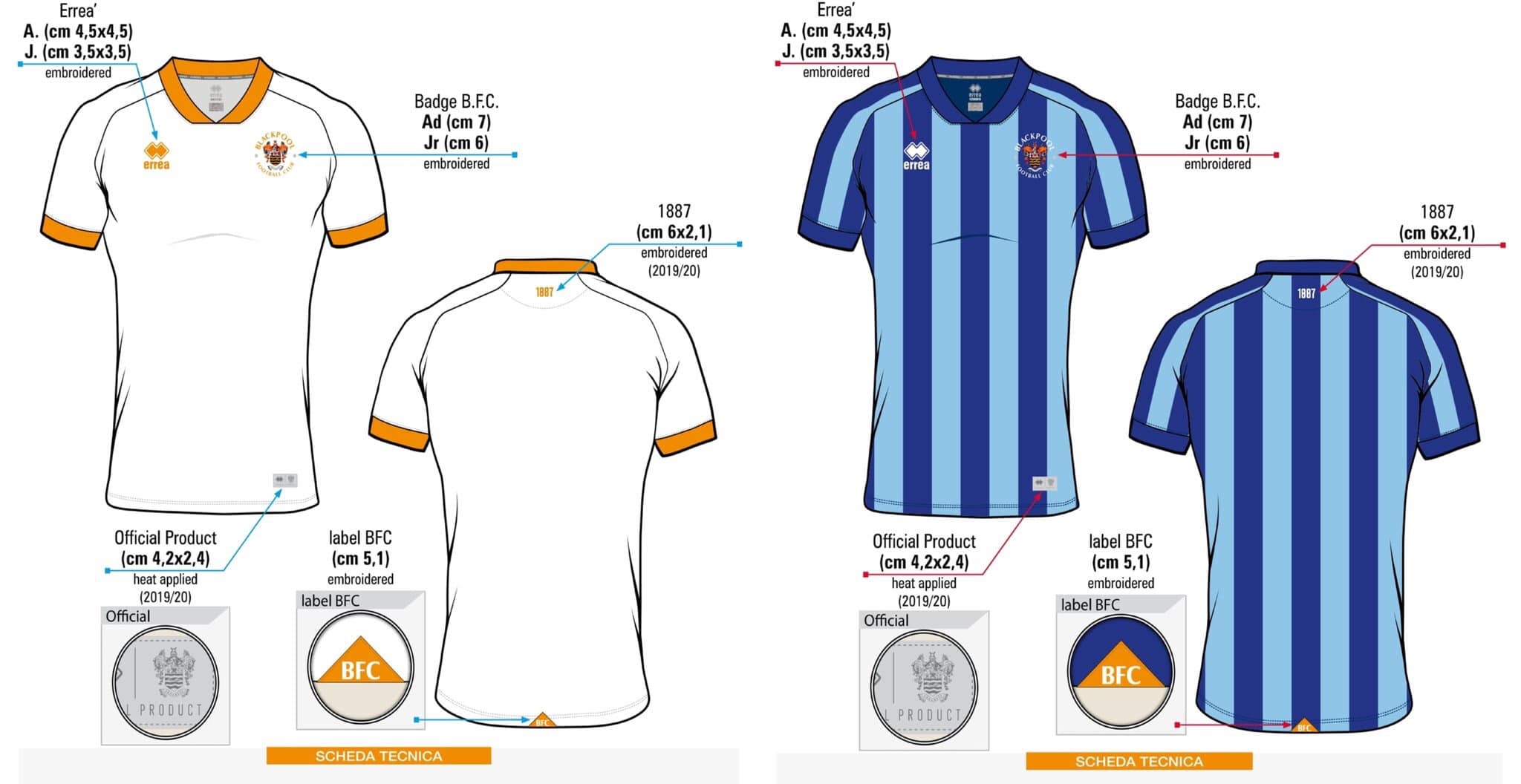 Kit manufacturer Errea have designed two retro shirts based on previous seasons to choose from. 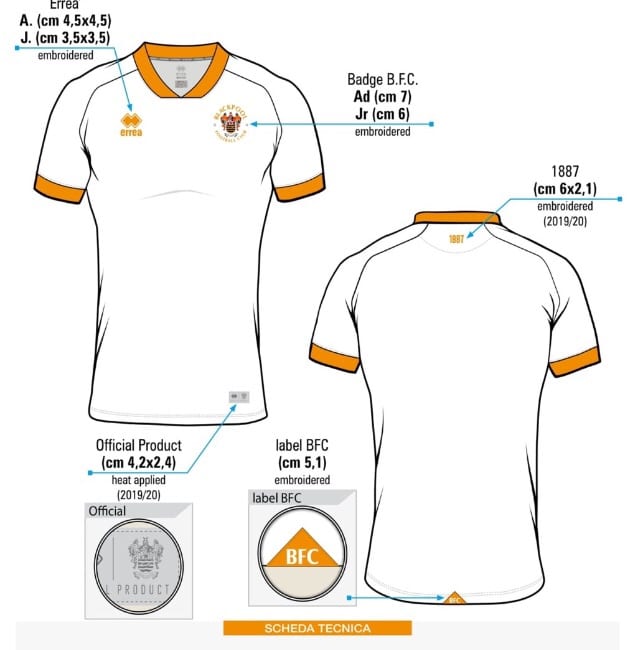 Option 1 is based on the jersey worn during the 1950’s and 1960’s. It is predominantly white with a tangerine coloured collar and cuffs. 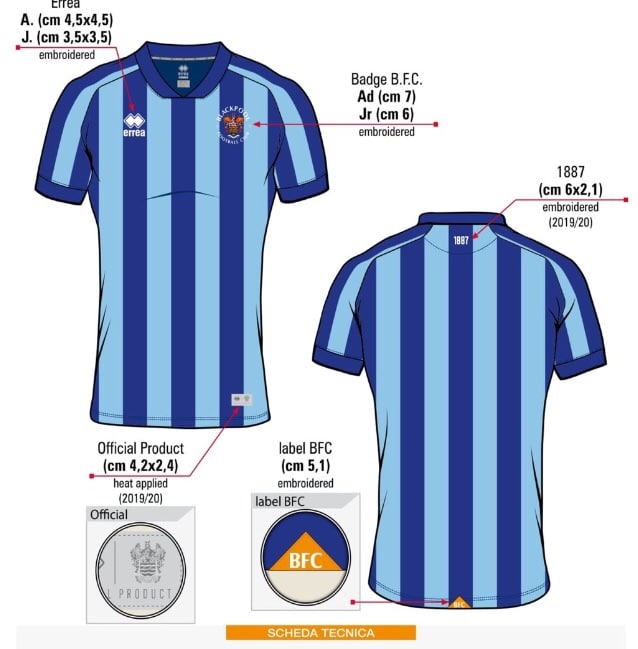 Option 2 is based on the Blackpool shirt used in the 1930’s and sees the jersey made up of navy and sky blue stripes.