Today we interviewed Richy Walsh the assistant kitman to his grandfather at SSE Airtricity League Premier Division side Waterford FC. 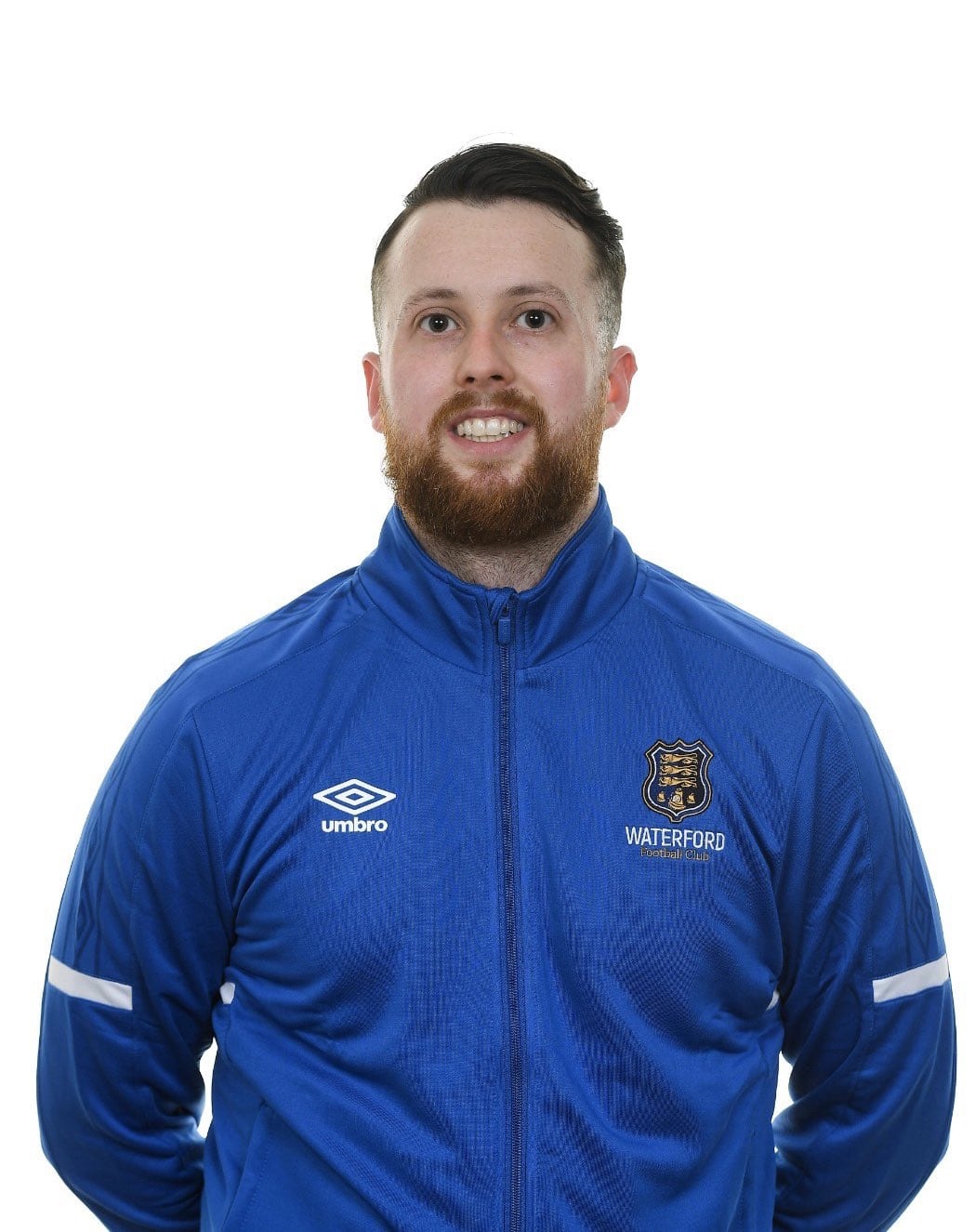 “My grandfather Michael Walsh is kitman, he’s been at the club for over 50 years!! I’m Richy Walsh and I’m assistant kitman and I’ve always been involved and helped but the past 5 years I’ve been heavily involved.” 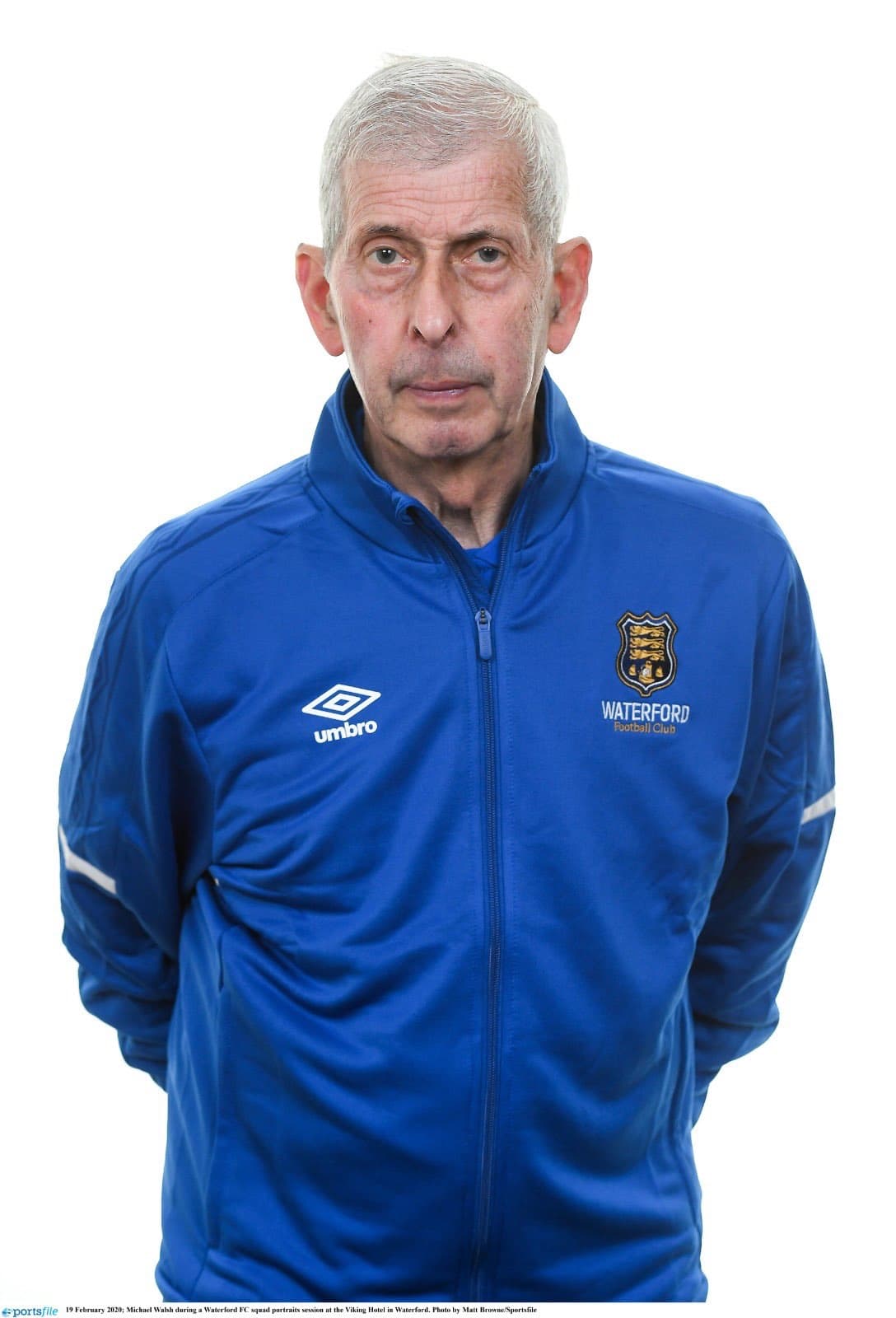 “Micheal was asked to help out and the rest was history, I was born into it.”

“Not particularly, Michael ended up in it and with him been involved it was natural for me to help and be involved.”

“Micheal looks after the day to day running work washing players training kit, match kit and looking after the equipment, I look after the order of the kit for the teams, sizing lads up and the set up in dressing on a match day.” 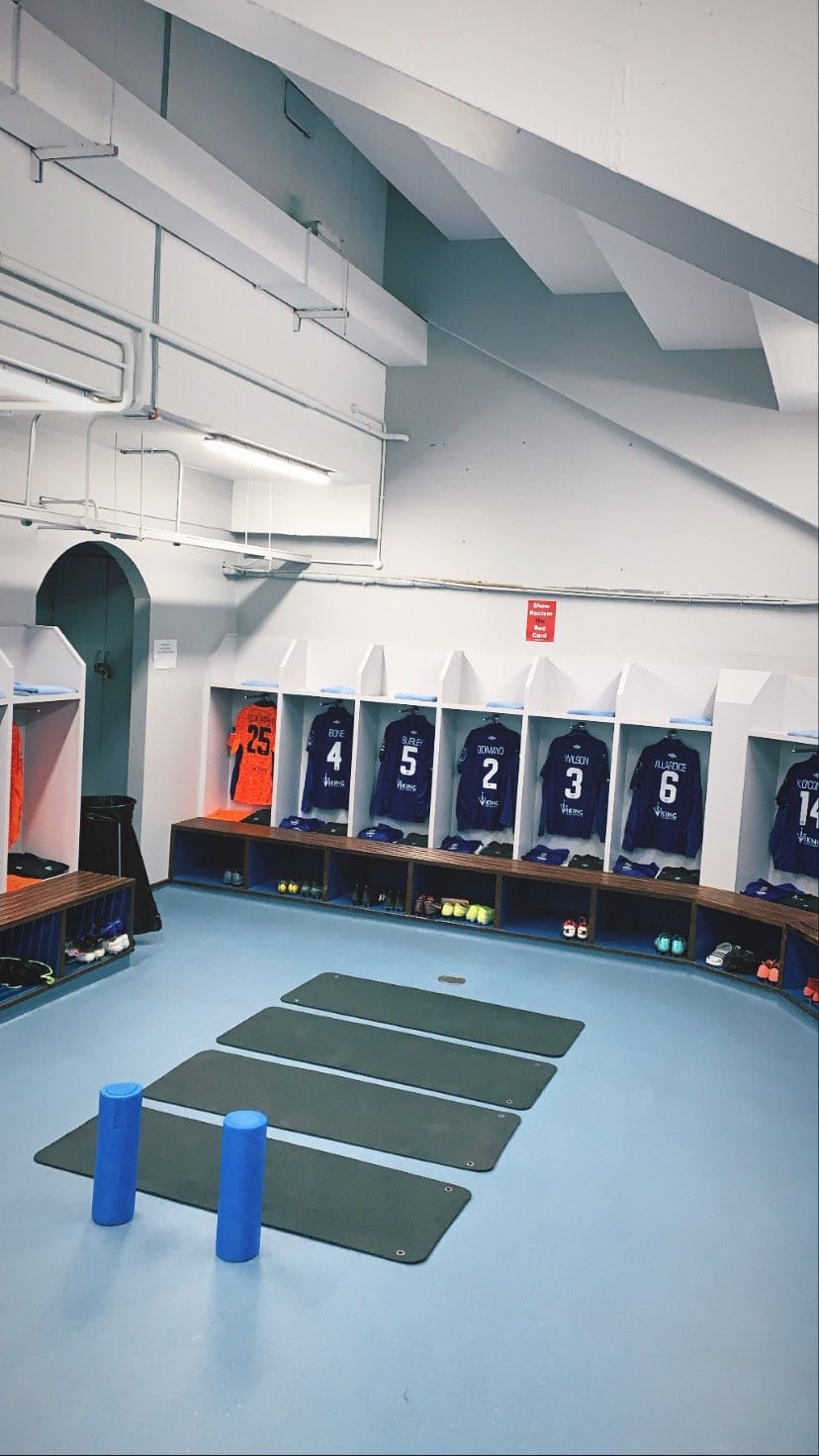 “Ye we always try to make time and have a chat over a coffee especially for the likes of Mick Ring (Cork City) Colly (Bohs) Shane Elliot (Finn Harps) & Mal (Shamrock Rovers) who I work with in my own job.”

“Main thing is socks, lots of lads cut them now and have specific grip or normal socks they use. Noel Hunt was playing/coaching at the club few seasons back and we had to bring 3 right boots to match the colour way he was using at the time no problem tho he was great guy.”

“I collect shirts, have a Damien Delaney Crystal Palace shirt that I got off him when we played them and then he signed with us last year so I’ve it signed now, another great guy, also got a Swindon shirt off Lawrence vigouroux during his loan here, great guy and breath of fresh air to the club.”

What happens with the unused kit at the end of the season?

“Last match it’s mainly cleared out, players always take there playing kits and training stuff, we hold on to warm up gear and use them for trialist that come in. Think everyone thinks we have have kits hidden away!”

How was your playing career?

“Had a brief spell playing under age for the club, still play at the minute but hard to always be there with work and doing the kit for the team.”

“Course we have made errors but that’s me for me to know ha!” 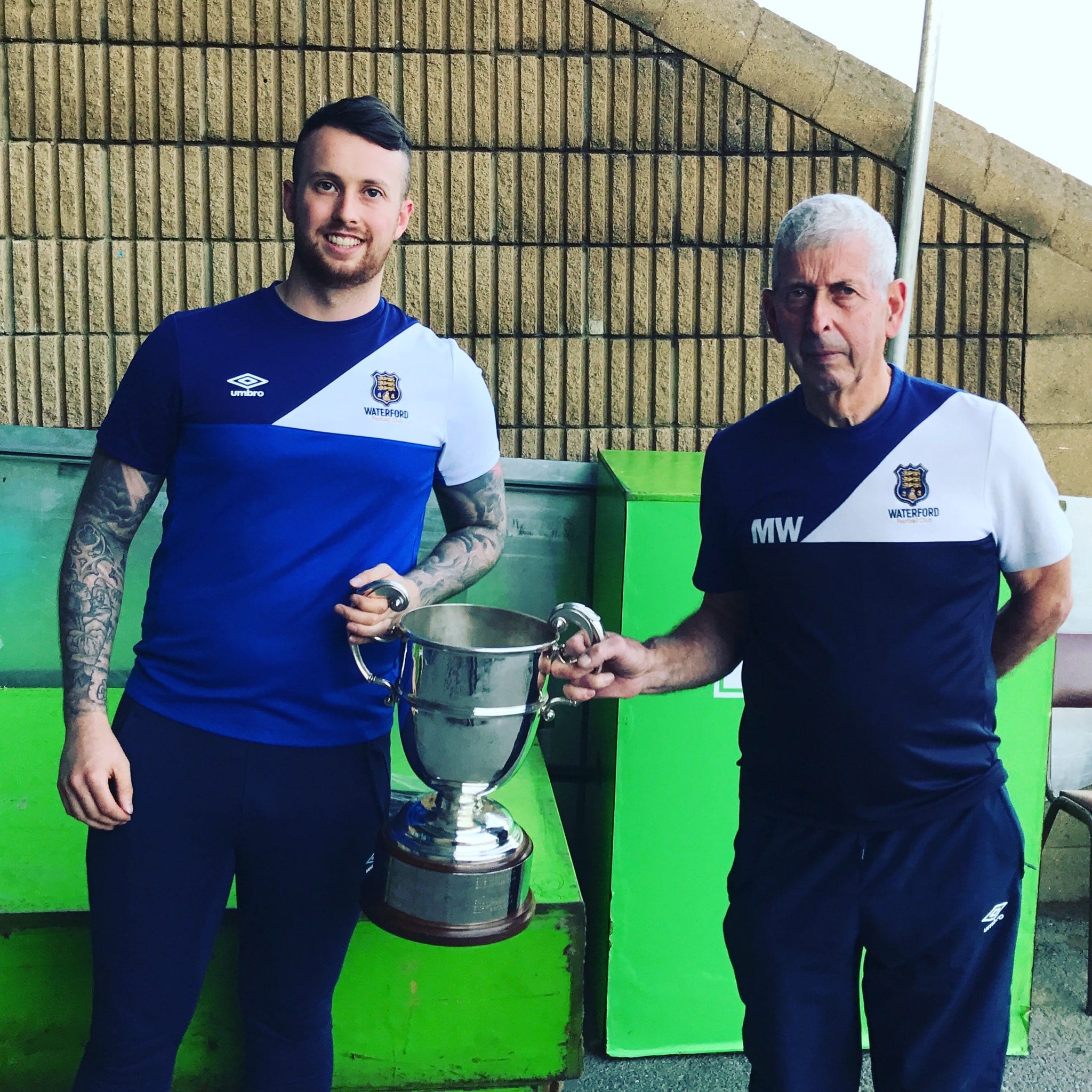 “Think it’s 2017 when we got promoted back to the premier league, the club arranged for micheal to collect a medal and be on the podium with the team as they lifted it, Following day the u17 won the u17 cup and the asked Michael to lift the trophy so was a unbelievable weekend.” 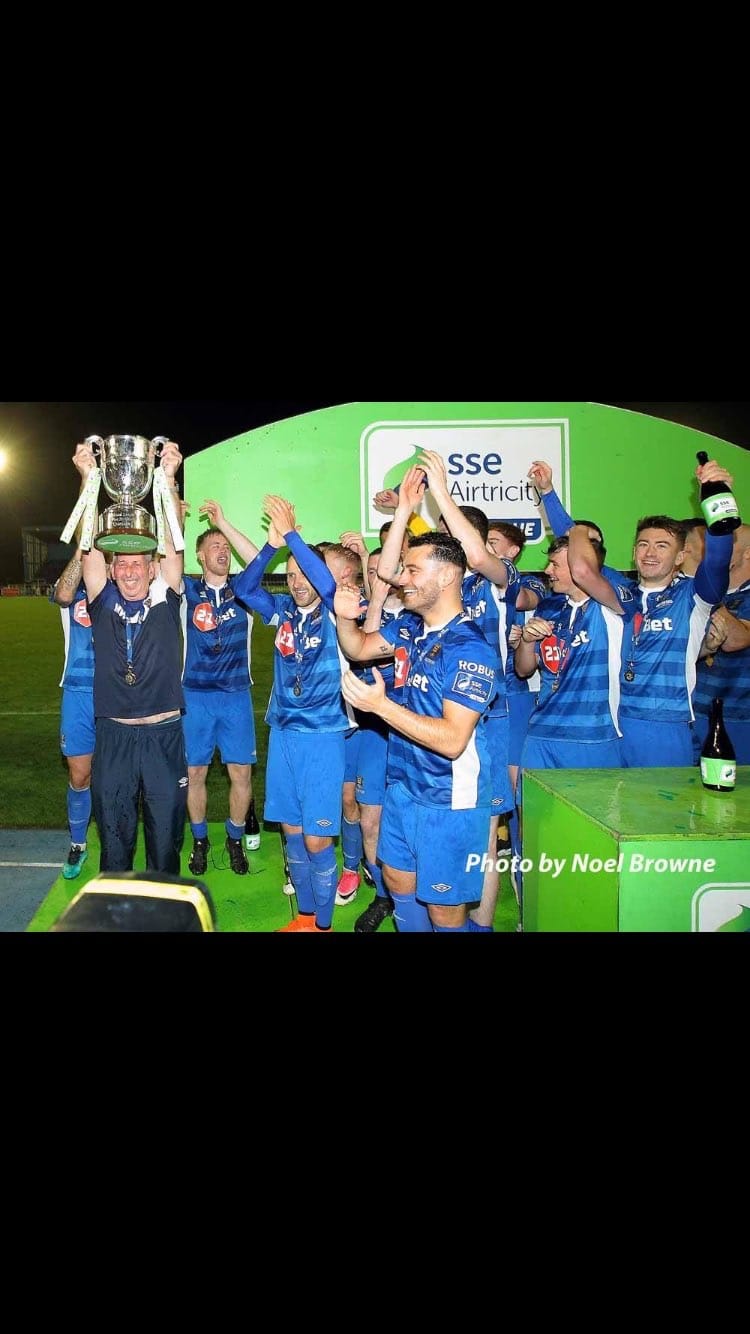 “Always find myself double and triple checking everything to make sure we don’t forget anything.”

“In 2003 we had a Canadian brand of kit, and we were playing a friendly and one of our lads John frost had the biggest calf’s you’d see he went to pull up these shocking socks that were more like cosy socks you’d see your misses wearing and he pulled them and they split and all we could was laugh.”

“In fairness I’m looked after by the misses she normally has it covered and has even helped with kit if we were stuck. Michael’s wife bridie (my grandmother) wouldn’t trust him to do it ha!”

“Think its all about you love for the club and when your working with such a great group it makes it a lot easier.”

Thanks to Richy for taking part in our Q&A and sharing his stories and experiences about being an assistant kitman to his grandfather.