Today we interviewed Colin Feehily the kitman at League of Ireland Premier Division side Sligo Rovers.

Join us as we find out Colin’s experiences of being a kitman and shares some stories from the changing room.

“Sligo Rovers FC, League of Ireland Premier Division. I’ve been in the role since 2013, so a few years now.”

“Having played with the club’s underage/reserve teams a couple of years or so before I got the role, the then underage manager Gavin Dykes asked me to become involved in some coaching and helping out in general, as I wasn’t good enough and had definitely too much weight on to make the next step as a player once I was too old to play under 20’s. I began helping him out with those teams behind the scenes and it grew from there. The kitman at the time was Dermot Brannigan who I’ve a lot to be thankful for for letting me help him with first team stuff too and once he parted with the club, they asked me to take over.”

“Not really, no. I would have looked after the kit for the under 20’s/19’s but that wasn’t too difficult. I always had a weird interest in stuff like kit numbers player’s had, id have known most players numbers off the top of my head, and I’d notice the little things like training gear or match gear on telly if it wasn’t right, so I guess there was some sort of interest there.”

“As above, I had an interest in stupid stuff like kit numbers and player’s gear in general.” 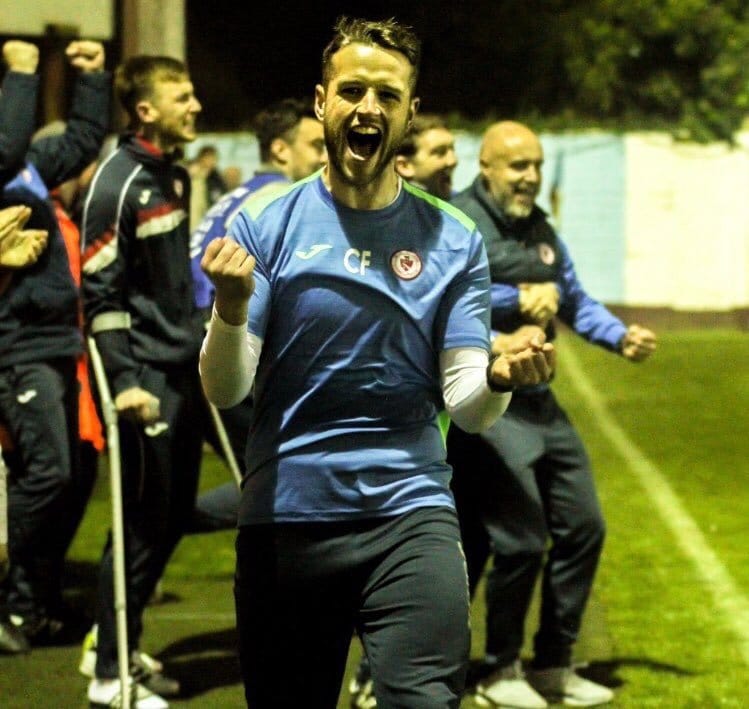 “There’s quite a lot to it, it’s not just about carrying a bag to the game, and throwing the kit up.”

“In season, My week would start on a Monday, I get the lads training gear organised for the week, making sure they have everything for each day. I’d make contact with this week’s opposition kit man to confirm our colours for the game ahead. Then it’s about gradually preparing for the game, the match kit, warm up kit, the footballs and equipment, organising the bus, the pre match meal, the post match food and all things needed basically for the lads for the game.”

“It’s a club where we all chip in and help each other out, so I also look after other things at the football club, un related to my kit man role.”

6. Do you have a catchup with the opposing Kitman prior to or after kickoff?

“I would with some and I wouldn’t with others, it depends really. I think we’re all focused on making sure we have the dressing room ready for our teams and getting it done in good time before the lads arrive, as it’s a nightmare if you’re not finished and the team arrives. I think if we have time then we can have a chat or whatever. Mick Ring at Cork City even walks me for a tea down the road, in fairness. There are some good guys at each club, who all love doing what they do and love the club they’re involved with.”

“Yeah, plenty. From certain kit numbers they want to what type of socks they want. There’s literally too much to mention. I think our role is to make the player as comfortable as possible in the hope they’re happy and then it makes them feel better and perhaps it inevitably makes them play better. Some players you need to do extra with and make them feel special and some you might even need to be blunt with and just say no, as sometimes they think about everything from their socks to their under armour and not about the actual football match they’re about to play. All the lads at the club at the moment are great though, they just get on with it and help me out a lot. There’s no bull with them.”

“Yeah, it’s enjoyable. For the most part, the club let me deal with everything. I look after the different lines of training gear each year, I pick it out with our Supplier, Joma and the lads always seem happy with it which is good. The match kits I would also have an input yes. You won’t please everyone and there will always be both negative and positive reaction to any kit we release, but as long as the positives out weigh the negatives we’re happy. Recently we’ve done well I think, which is good.”

“I wouldn’t really wear football shirts any more. I do wear a Falkirk FC shirt to bed weirdly enough ! I got it from their kit man when we played them in the IRN BRU cup. I often swap a shirt with a team we wouldn’t regularly play, so I got that, and got a Motherwell one this year too. My most random shirt I think is Eduardo Pinceli’s. (an ex player) I would have looked after him pretty well on his move over here, and helping him settle in the town, so he gave me his Ethnikos Achna (Cyprus) shirt with his name and number on the back.”

“That’s a hard one, I don’t really know to be honest. Currently, I do like Arsenal’s green away kit, and being biased, I like our own new away kit ! Buy it here http://www.sligorovers.com/shop (plug).”

“I didn’t have much of a playing career to be fair. I enjoyed my underage football for my team Calry Bohemians and we won a few things. I enjoyed playing with my school too, Summerhill College. We got to a couple of finals and unfortunately got beaten. From around 15-25 I was usually a sub, my weight was a big issue and I didn’t play much. I then got in better shape and now I play for Cartron United. I love playing with them, I just try and be fitter than anyone and run around as much as possible, I think that’s all you can do if your play is bad! We play in the Sligo Leitrim league and at the minute we’re top of the 1st division with 12 wins from 12! #WCBC” 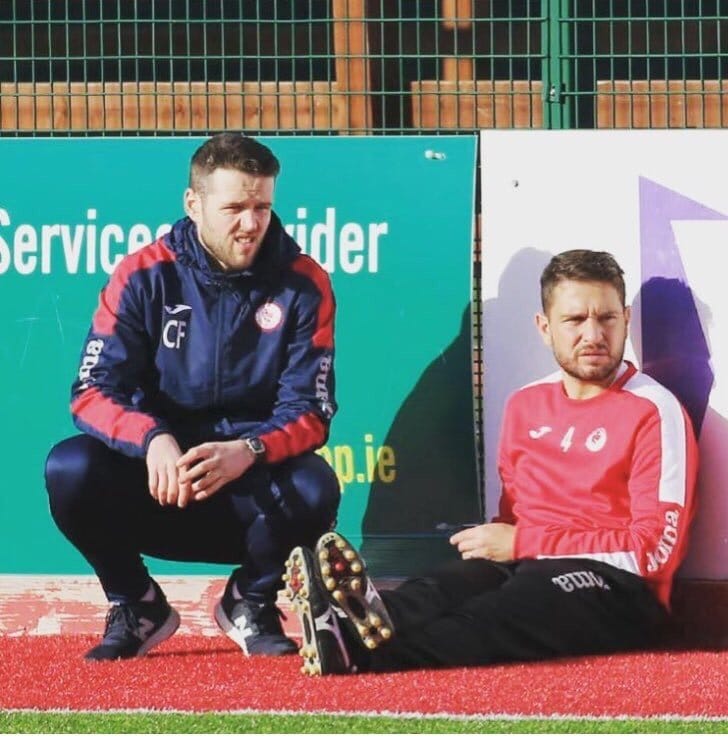 “Yeah there has been bits and pieces. I remember being at Dundalk away and our goalkeeper Gary Rogers came in from the warm up and went to look for his under armour and I’d forgotten it, he wasn’t happy. We lost and the then manager even gave out to me in his post match team talk. I’ve yet to forget the actual playing kit thankfully.”

“Definitely the FAI Cup final in 2013 at The Aviva Stadium. We won 3-2 with a 95th minute winner. I also enjoyed winning the Setanta Sports Cup the year after.”

“I think you’ve got to be understanding of what the players need, and want. There’s no point being “old school” and getting fed up if they ask for something or have a mind set of “it won’t make you play any better”. Just get on with it as best you can and help everyone out. I think you’ve got to be well organised also and have a good routine weekly. You’ve probably got to have good patience too, which I would have.”

“Before a game a few years back a player came to me and said he’s forgotten his lucky slips (boxers). I think I paused for a minute and thought, eh, and? He looked at me in the hope I’d have some alternative. I improvised and came back to him a couple minutes later with my own!! Needless to say I threw them in the bin after the game.”

“I do it all myself, too old now to take it home to Mum I’m afraid!”

“I enjoy working in football, I see it as being lucky to have a job like this. There’s something different each week, and it’s nice being involved behind the scenes at a club. I’ve supported the club since I can remember and I’m very lucky to have some sort of involvement and hopefully, I am a good help around the place and have some sort of positive impact. The only downside to it all is it’s very hard to take defeat, or if the team is going through a hard period in the season, not winning games or down towards the foot of the table, I can take it too personally and get a bit down over it.”

Thanks to Sligo Rovers for letting us question their kitman Colin Feehily and thanks to Colin for taking part.