In our second interview of the day The Kitman interviewed Mick Ring the kitman at Cork City FC.

Join us as Mick shares his love of football kits and being a kitman.

‘Cork City FC, in the League of Ireland Premier Division.’

‘Bit of a story, but in 2012 and 2013 i was the club chairman (supporters owned club). Toward the end of 2013 my time on the Board was drawing to an end and Jerry Harris, who is a bit of a club legend was looking to take a step back. I was anxious to stay involved in some voluntary capacity and saw that as a good fit.’

‘Not particularly. It has become very much a part time job, outside my own full time job. All my life i’ve been interested in football shirts, squad numbers etc, so it is a bit of a hobby really.’

‘Kit, kit, kit! Match gear and training kit! For the most part i work in solidtude, getting prepared for upcoming games. Preseason is the busiest time, sorting and printing training gear. Once the season starts, things actually get easier. It’s all about being organised. Good organisation is the key in my opinion.’

6. Do you have a catchup with the opposing Kitman prior to or after kickoff?

‘Yes, if i can. I’ve some great friends around the league, so we try get a coffee in on matchday before the teams arrive. Colin Fehilly (Sligo) Colly O’Connor (Bohs) Shane Elliott (Finn Harps) and Richie Walsh (Waterford) are all good friends…’

‘Nothing out of the ordinary. Some prefer long sleeves, some cut socks, some want shirts that way too small, and one does want to pairs of socks alright…but he will remain nameless!’ 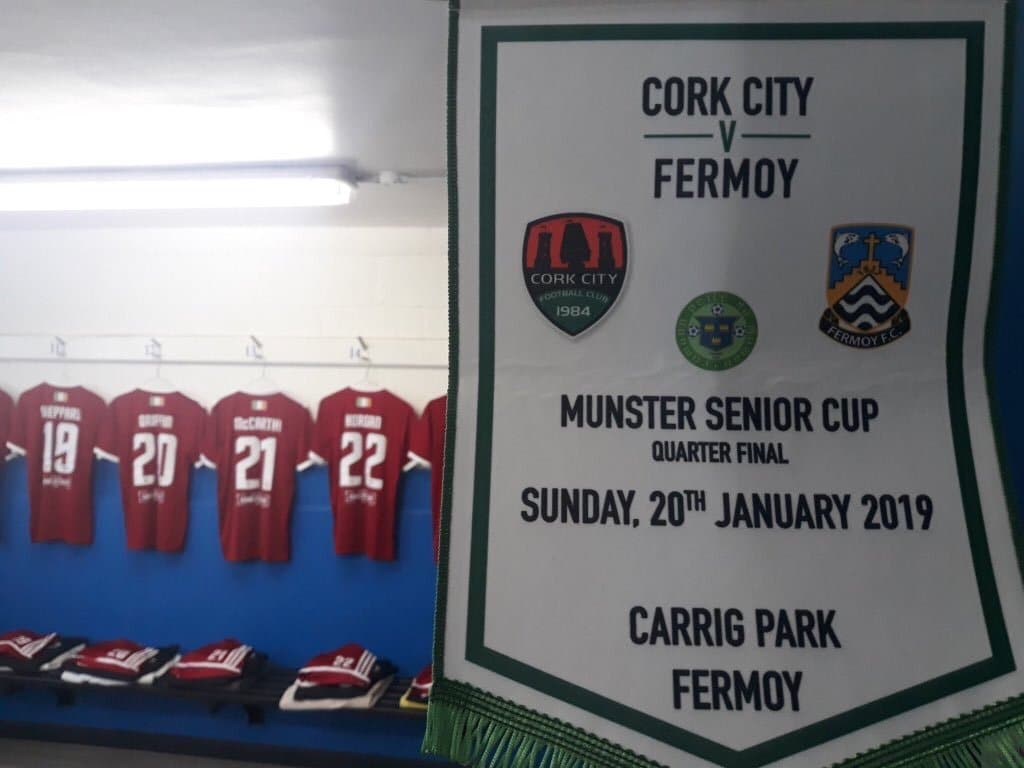 ‘Yes. I am on a working group that goes through all the options for kits etc and bring the proposals back to the board. We don’t just pick the kit, we look at fonts, sponsor logos, crests to make sure they look well. Declan Carey & Denis Hurley do excellent artwork and David O Rourke brings it all together with our supplier.’

‘Yes. Long before i was the kitman, i religiously collected Cork City shirts! I still do, but also collect shirts from teams we play in friendlies and in Europe. I don’t own them as such, but collect them for the club’s history. I’d like to display them when we move to our new training ground. My personal favourite opposition shirt is actually a Bayern Munich shirt. We played them in the UEFA Cup in 1991, famously drawing 1-1 at home, even taking the lead. Noel Healy, who played for the club then, gave me a good lot of shirts, including the shirt worn by Marcus Babbel in the away leg! We also have a Roma shirt signed by Totti, which Roma gave to the club when our U19 side played them in the UEFA Youth League a few years ago.’

‘Oh! I have my favourite Cork City alright, but all time is a tough ask. Push me, and I will say Ireland’s shirt from Italia 90. Great shirt, even better memories.’

‘Not the best! I played junior football with Blarney United. I played right wing, up front and was a right good bench warmer!! I was a better 7 a side astro player actually. Have a few golden boots etc from that at least. My sister is the real succesful footballer in the family to be honest…’

‘The odd blip! Forgot the keepers shirts once! We played Bray away…..fortunately Stephen Maguire looked after me and allowed me use one of their GK kits. We lost the game, and until you asked i had erased it from my memory!’ 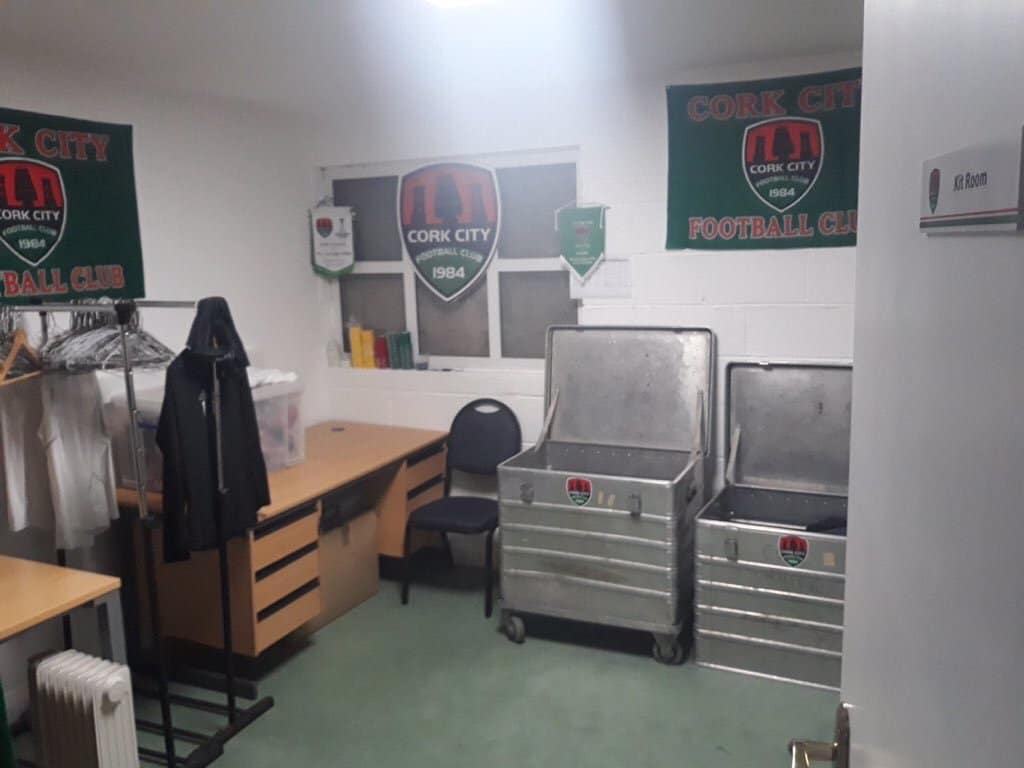 ‘It’s been a great few years, 3 Presidents Cups, 2 FAI Cups and a league title, but the 2017 league & cup double was the stuff dreams are made of.’

‘Patience! Attention to detail and good organisation skills are what you need…and the ability to know when to say nothing!’

‘I love football. I grew up supporting Cork City, so to be part of the backroom staff is a huge honour.’

Thanks to Mick and Cork City for taking part in our ‘Being The Kitman…..’ series. Best of luck for the season.