The 2019-20 Barnet FC home shirt has an amber base colour with a black stripe running down the front which features a honeycomb pattern. The honeycomb stripe also runs down the back of the football shirt.

Thin black trim appears on the collar and cuffs whilst the Jako logo on the right breast and the Canon Medical Systems shirt sponsor are also coloured black. 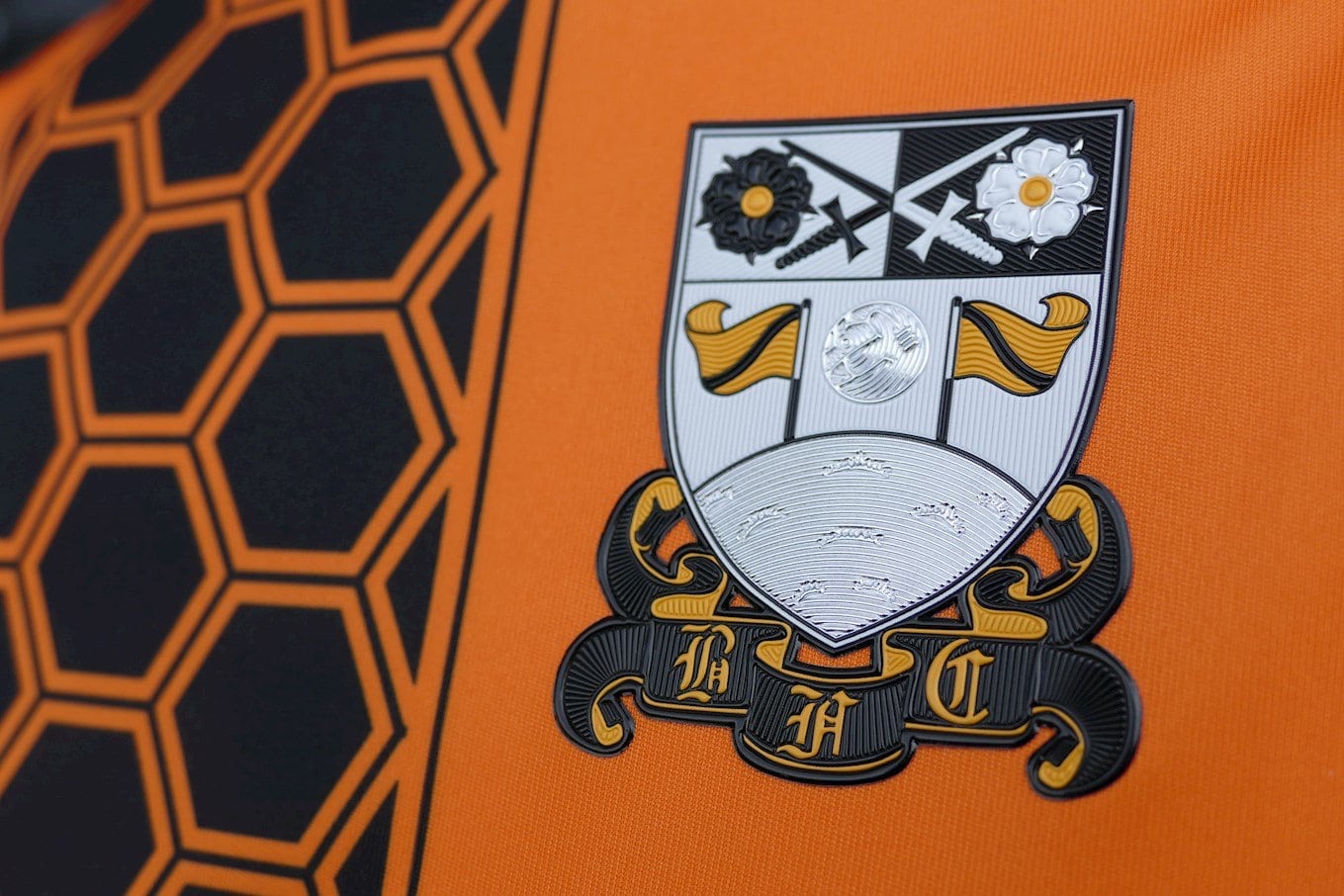 On the left breast is a Barnet FC Heritage Crest to celebrate 100 years of the club being know as Barnet Football Club having previously known as Barnet Alston until the club were reformed following the end of the First World War in 1918. 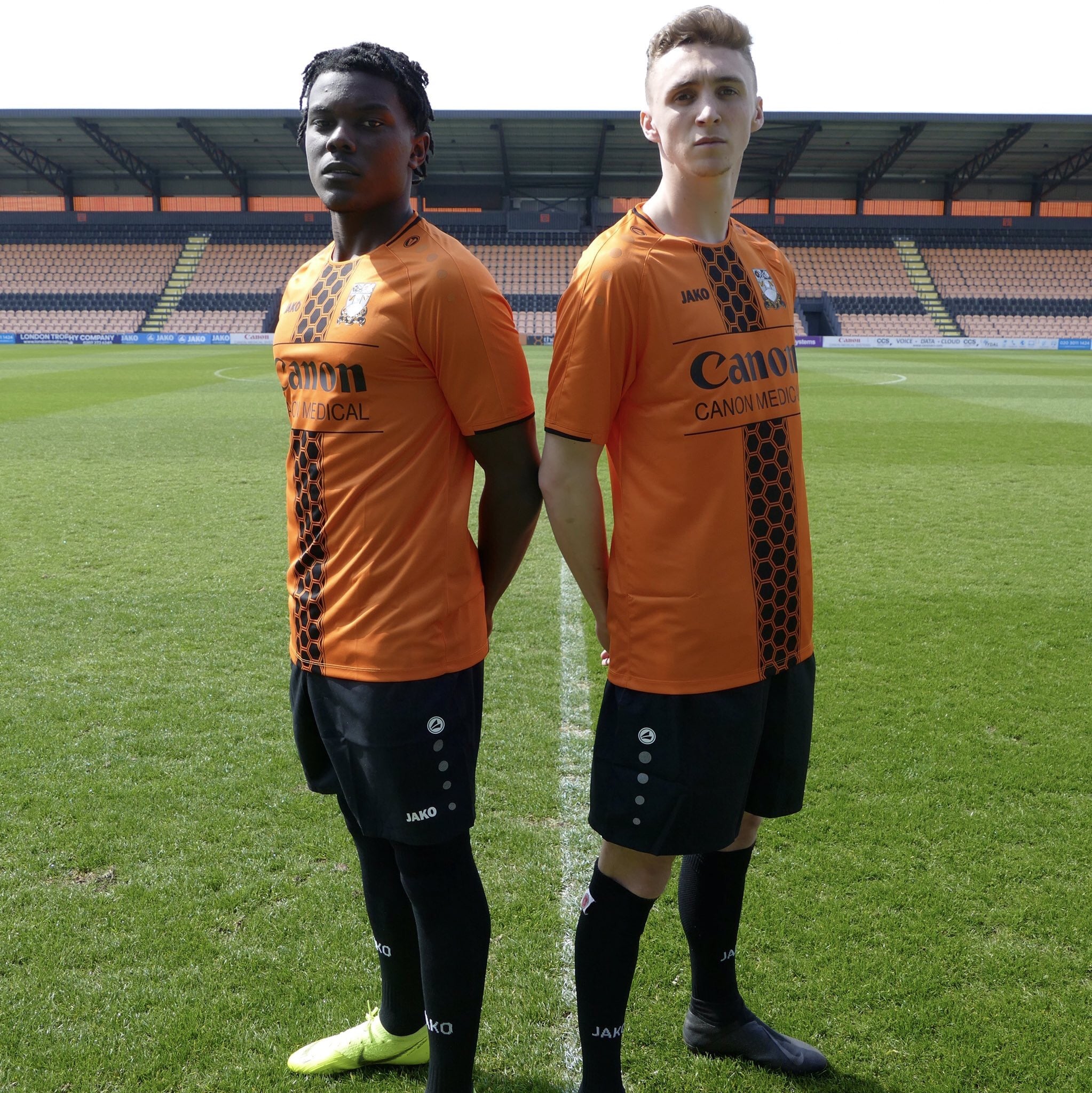 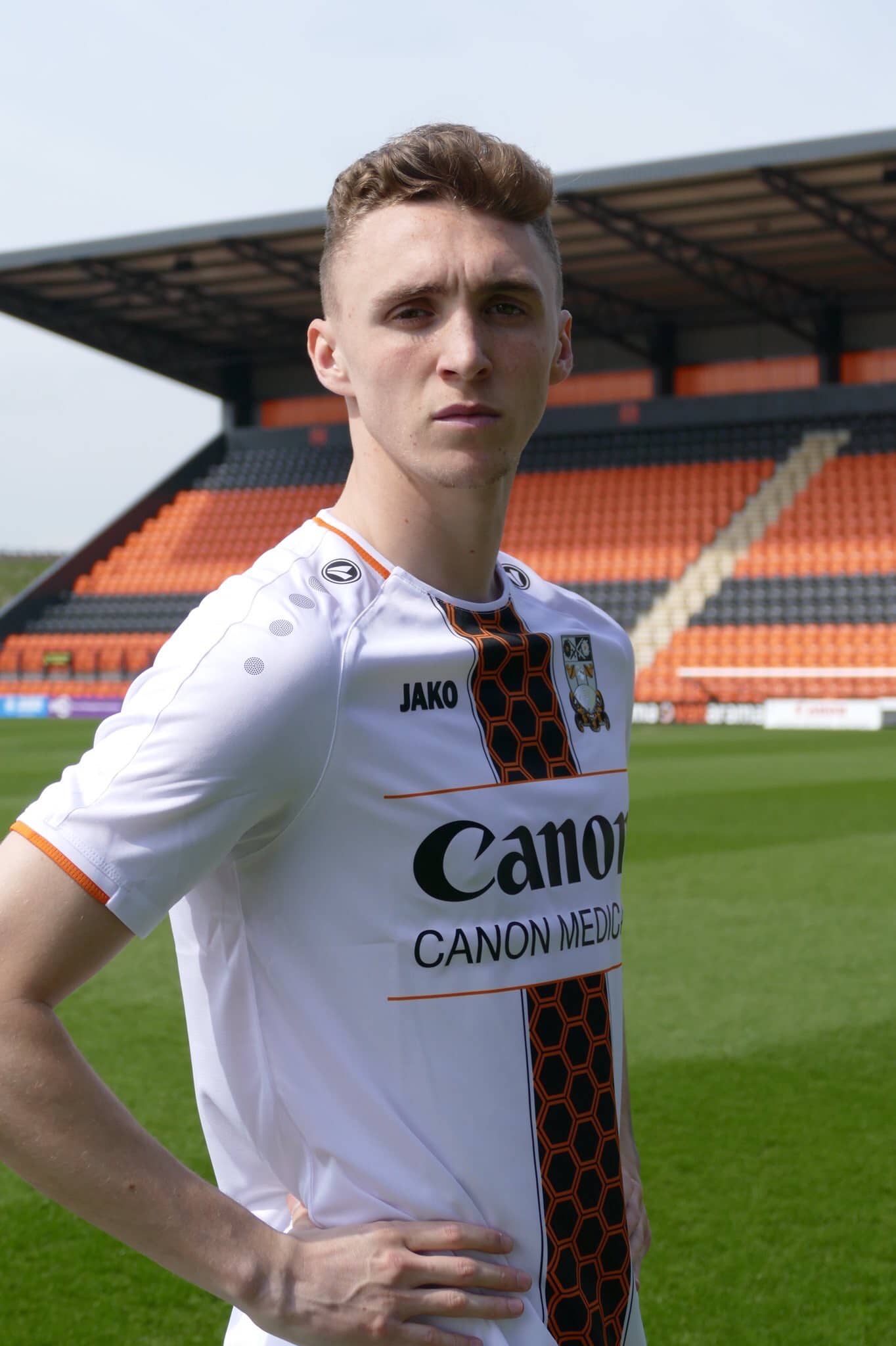 The 2019-20 Barnet away jersey is predominantly white but again features a black centre stripe with a amber honeycomb pattern. 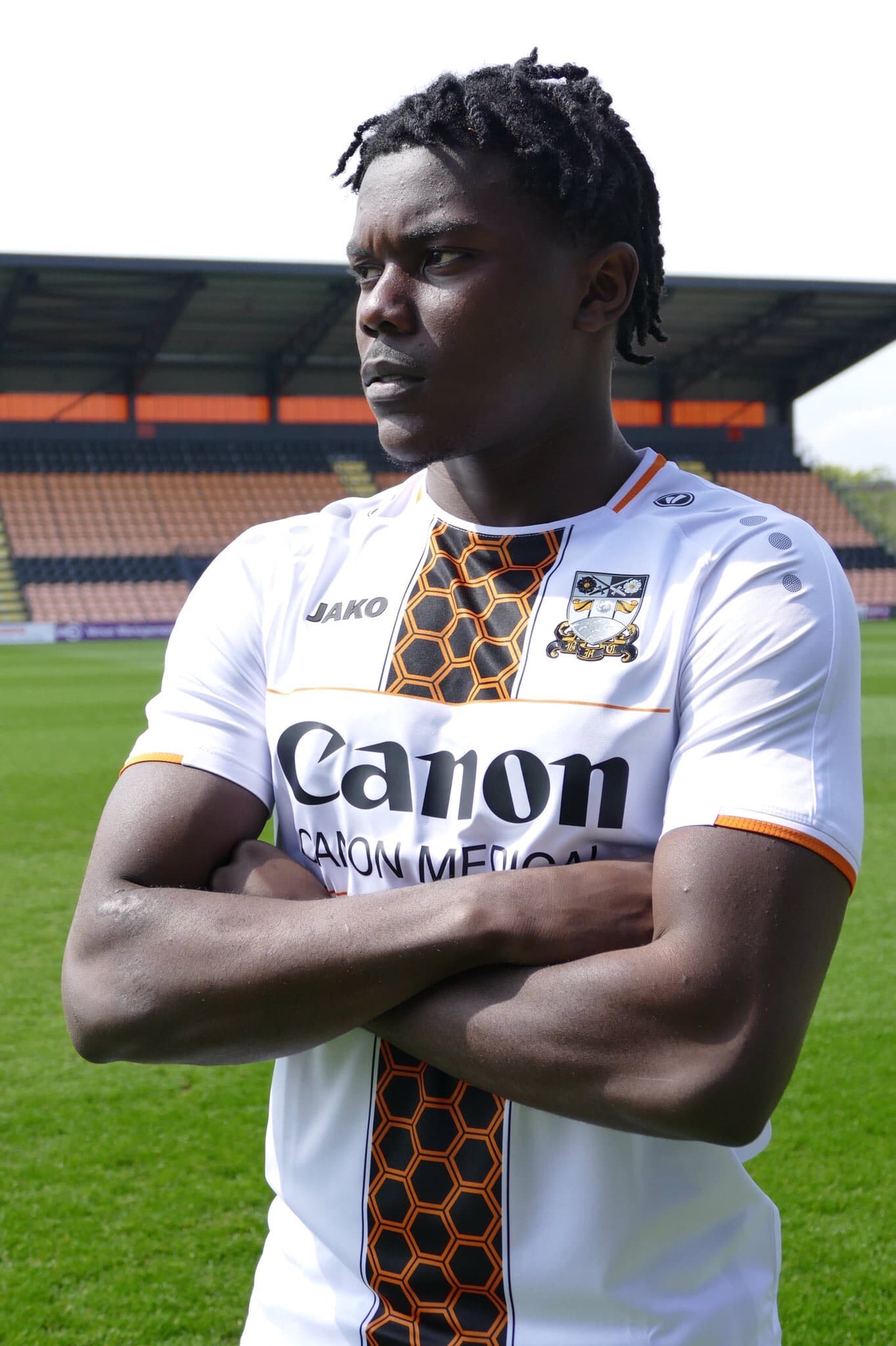 The trim on the collar and cuffs are also coloured amber. 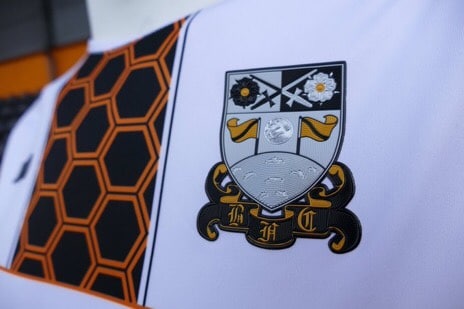 As with the home football shirt the Barnet heritage crest appears on the left breast.

White shorts and socks complete the 2019-20 Barnet away kit.

Barnet will debut the new home strip when they take on Bromley at The Hive on Bank Holiday Monday.