Non league football kit news as Banbury United have announced The Terrace as the clubs new kit supplier for the 2020-21 season onwards. 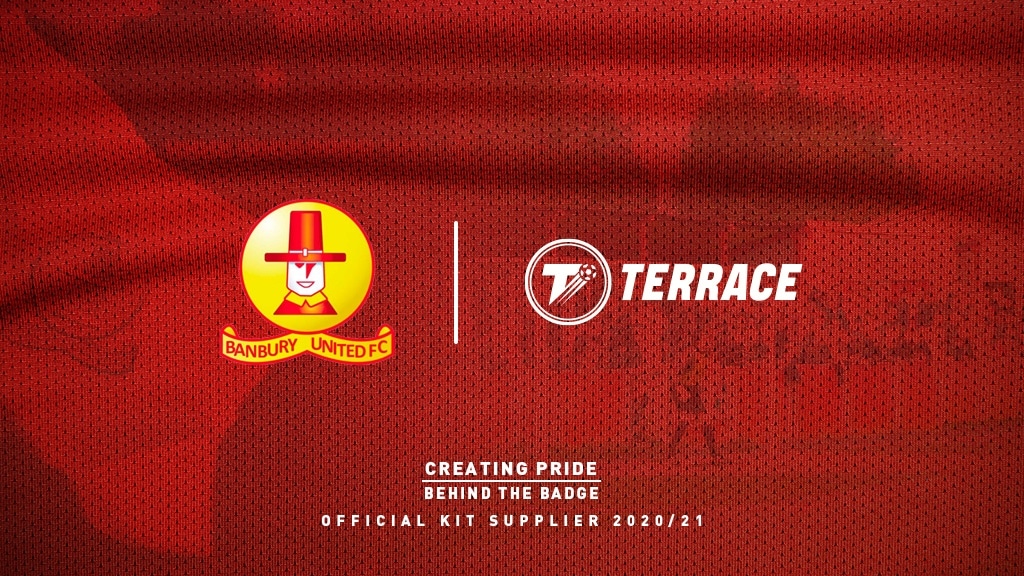 As part of the deal the Banbury based firm will also become the clubs new floodlight sponsor until the end of the 2022 season.

The Terrace are licensed with Fulham, Sheffield Wednesday, West Ham, Crystal Palace, Burnley and a number of EFL clubs for their official merchandise which includes mugs, phone cases and towels.

The Banbury United supporters will be able to have their input on the 2020-21 kits via a kit vote. Both home and away designs will be revealed tomorrow, the kits with the most votes will be manufactured and used during the new season.

Banbury United Commercial Director Mark Allitt said, “I’m absolutely delighted that we’ve been able to secure a tremendous deal with The Terrace. As a community club we love to work with companies based in our town, however Carl Sewell and Paul Towers are becoming well known nationally as well, so to work with the Terrace who are based in Banbury was a no-brainer! The potential the partnership has is immense and they have produced unique kit designs that will be exclusive to Banbury United.”

Carl Sewell the Director of The Terrace was equally pleased to agree the deal with the club and said, “This is an incredibly special partnership for The Terrace and for me personally. I am Banbury born and bred and for my company to now be producing my hometown’s club kit is really exciting and poignant. I played for the club when I was younger, and my Grandparents used to wash the first team kits for many years, a fond memory as a young passionate football fan grown up, so the club has great memories for me that I hold close to my chest. It is a proud moment that I’m now able to go full circle and help them with our support and grow the club further. The Terrace has had rapid growth over the past few years, and we have been able to go into partnership with quite a few league clubs, but to work with Banbury United, when we are based in the town, is great for both parties. For it to be fan owned as well, makes it even more special and we want to be part of the journey the club is making”