Football kit news from Sky Bet League Two as the new Avec Bradford City away kit 2019-20 has been officially revealed. 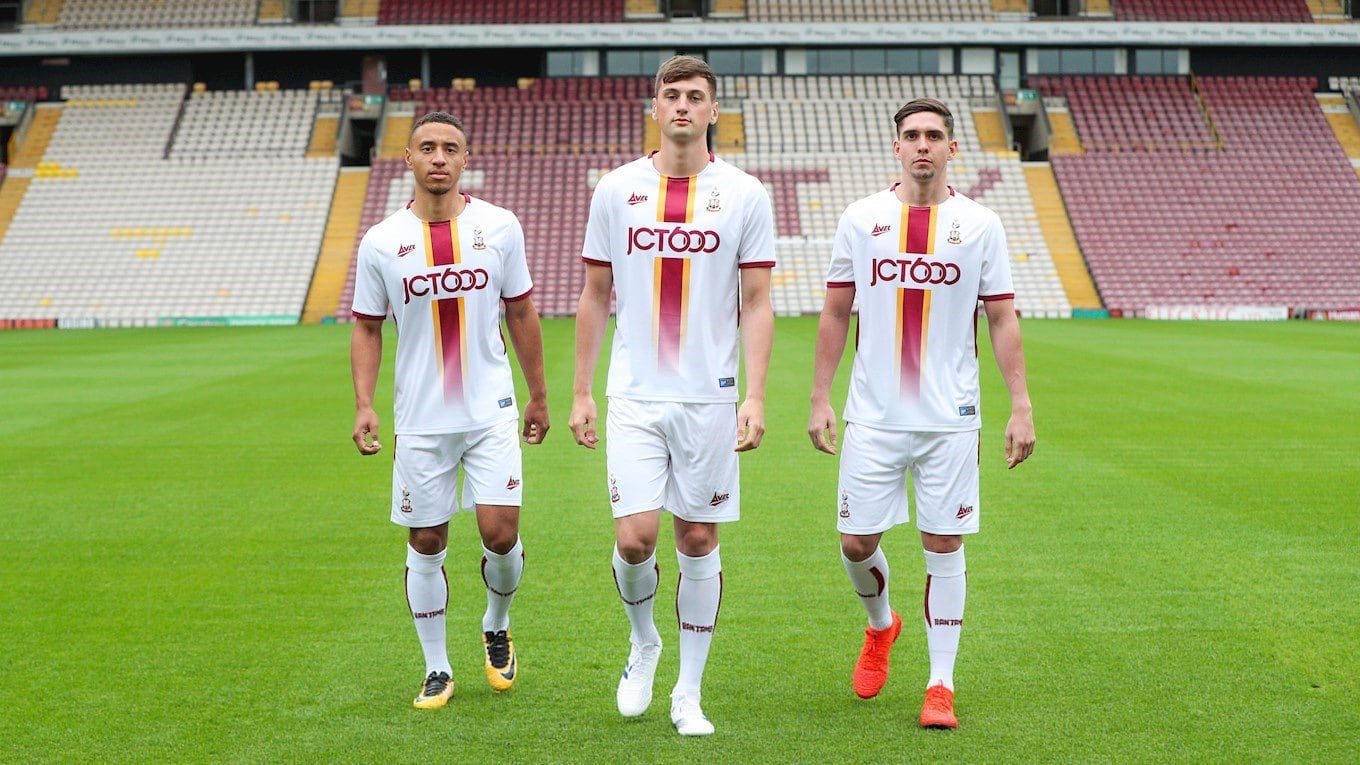 The 2019-20 Bradford City away shirt is inspired by the home kits worn during the mid to late 1970’s when the club wore white shirts with claret and amber trim for home games.

The Bradford City away shirt 2019-20 has a white base colour with a claret centre stripe which has a thinner amber stripe either side. The centre stripes gradually fade out at the bottom of the jersey.

The trim on the the cuffs and back half of the collar are coloured claret as is the Avec Sport logo on the right breast and the JCT600 shirt sponsor.

White shorts and socks complete the away Bradford City kit 2019-20.