Football kit news from the United Stated as the new Austin FC 2021 ‘Legends Jersey’ made by Adidas has been officially unveiled ahead of their inaugural season in the MLS. 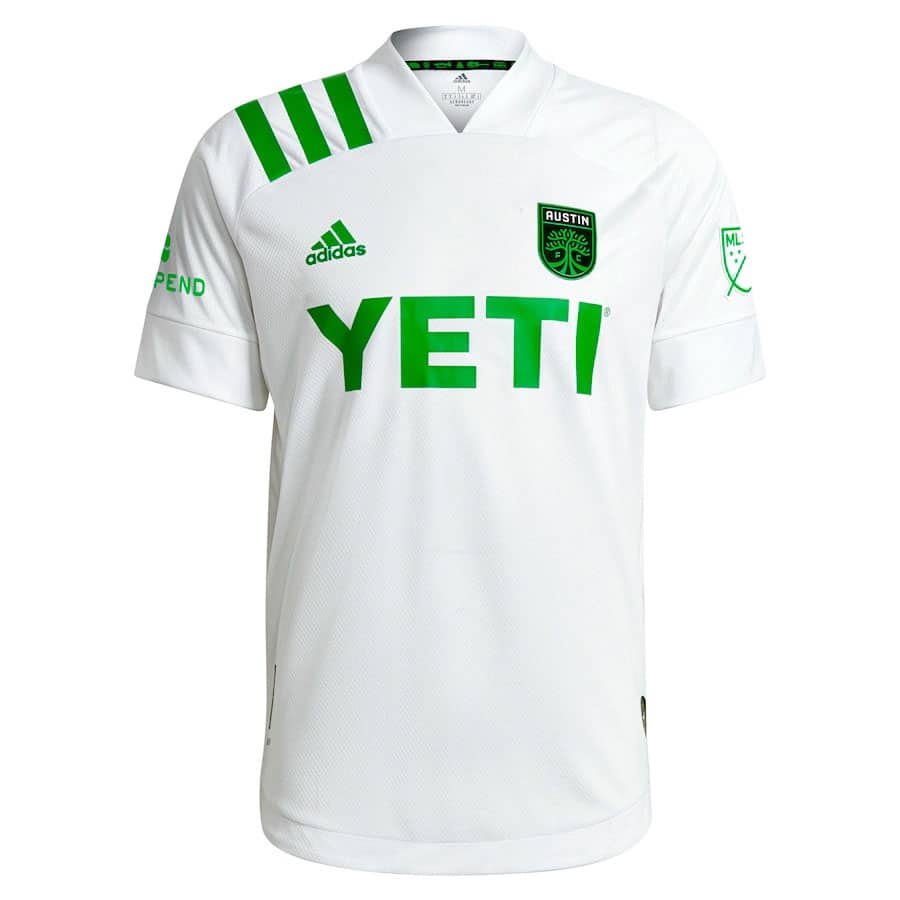 The Austin FC Legends Jersey will be used as the away kit during the 2021 MLS campaign.

The shirt is predominantly white with green Adidas shirts sitting on the right shoulder.

A special custom jock tag appears in the bottom left corner of the front and honours Austin Anthem, the clubs first supporters group.

Inside the neckline is black tape with green icons that feature a record, taco, calavera, trumpet, guitar, food truck, soccer cleat, bat, and the Texas Capitol building, all things that are meaningful to the clubs supporters. 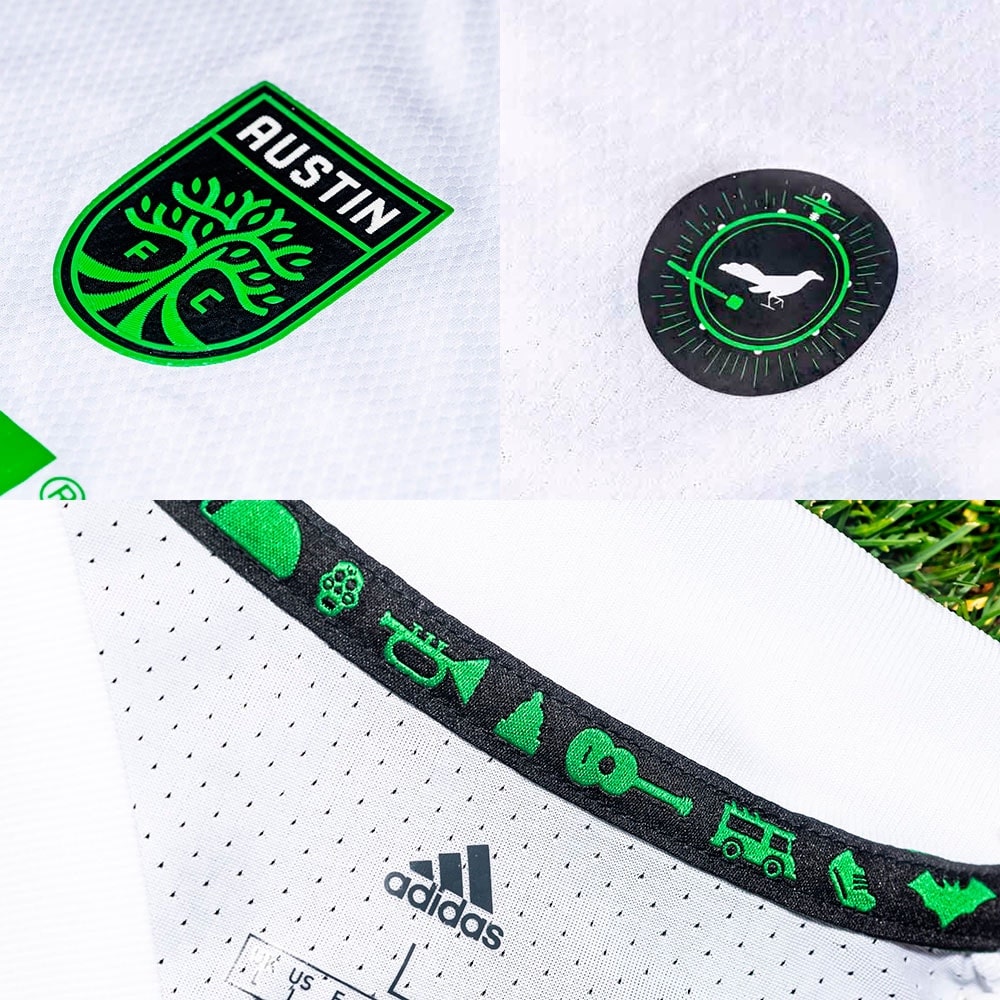 On the left breast is the Austin FC badge. 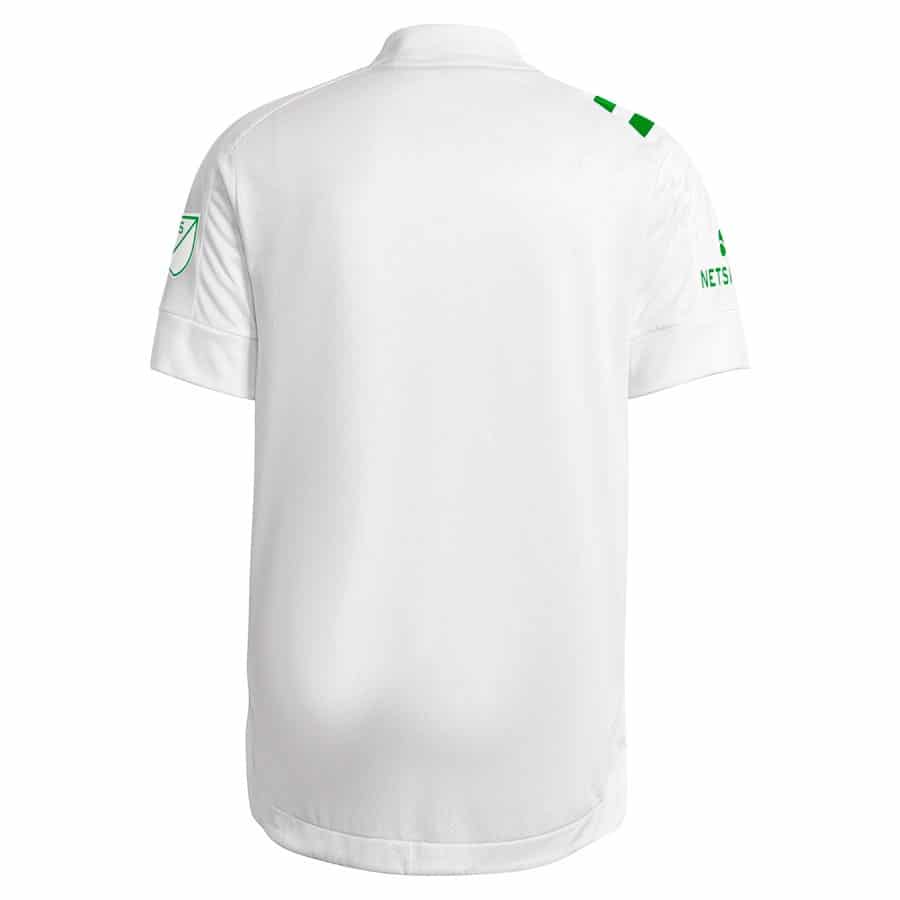 One thought on “Austin FC 2021 ‘Legends Jersey’ Made By Adidas”