News from La Liga in Spain as the new Atlético Madrid 2019-20 Nike home kit has been officially unveiled, confirming our previous leaked images. 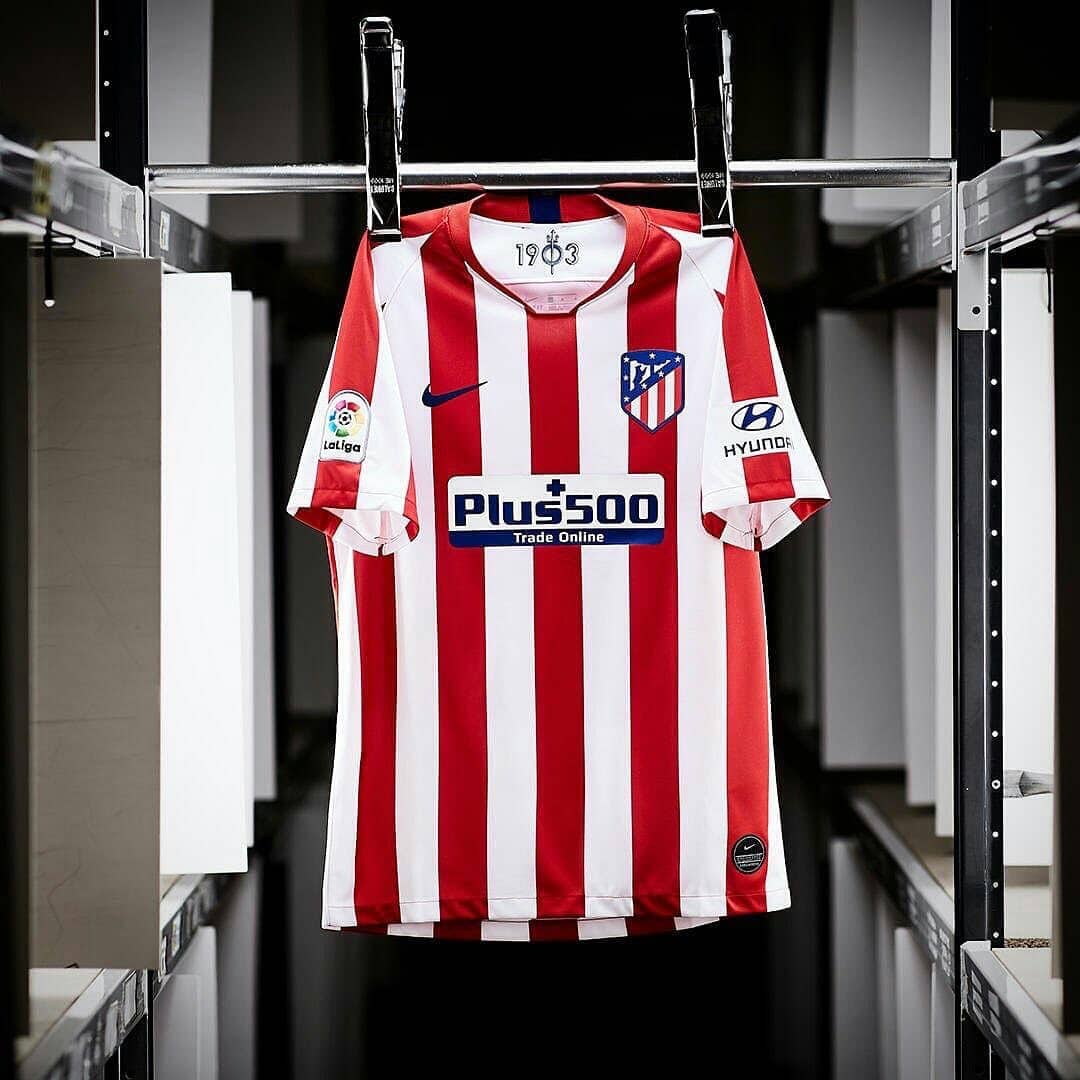 The 2019-20 Atlético Madrid home shirt is made up of the traditional red and white stripes which also appear on the sleeves. 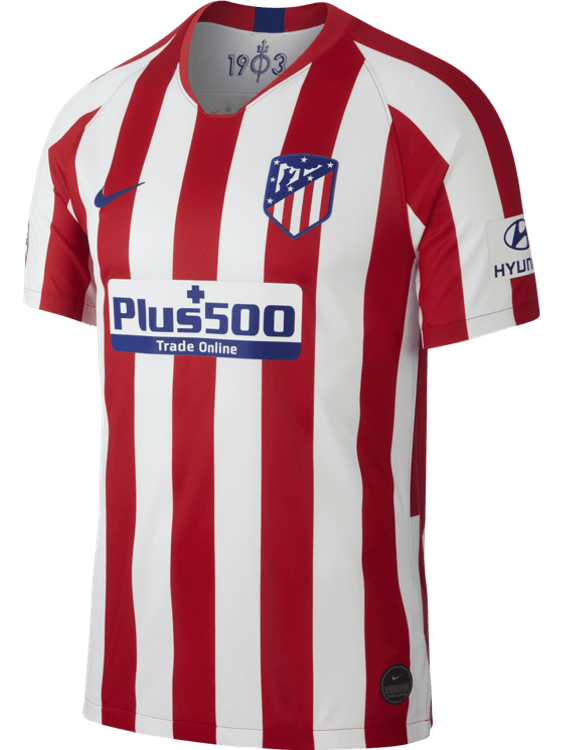 Both the Nike Swoosh on the right breast and the Hyundai sleeve sponsor are coloured navy. 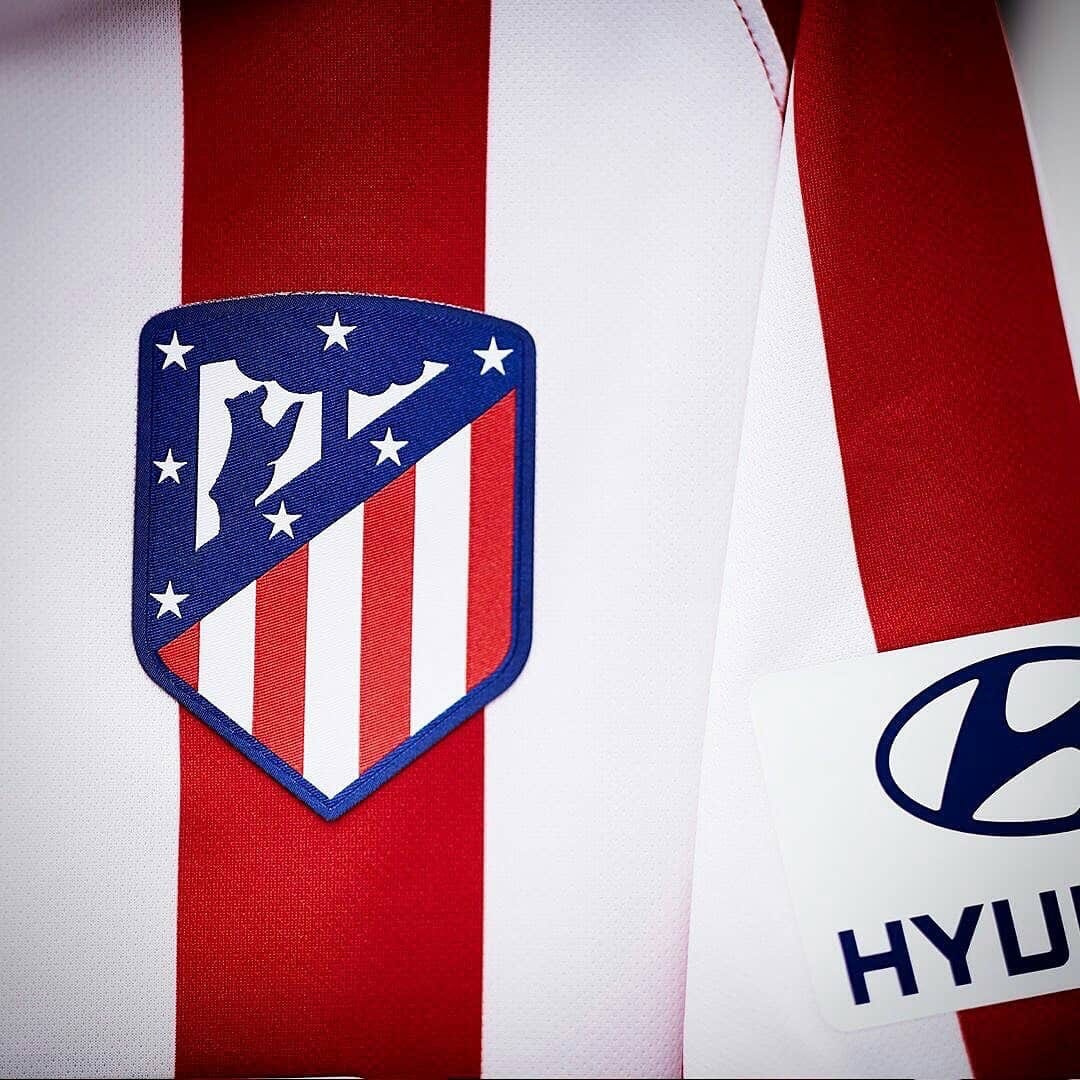 Plus500 have their logo in the centre of the football shirt. 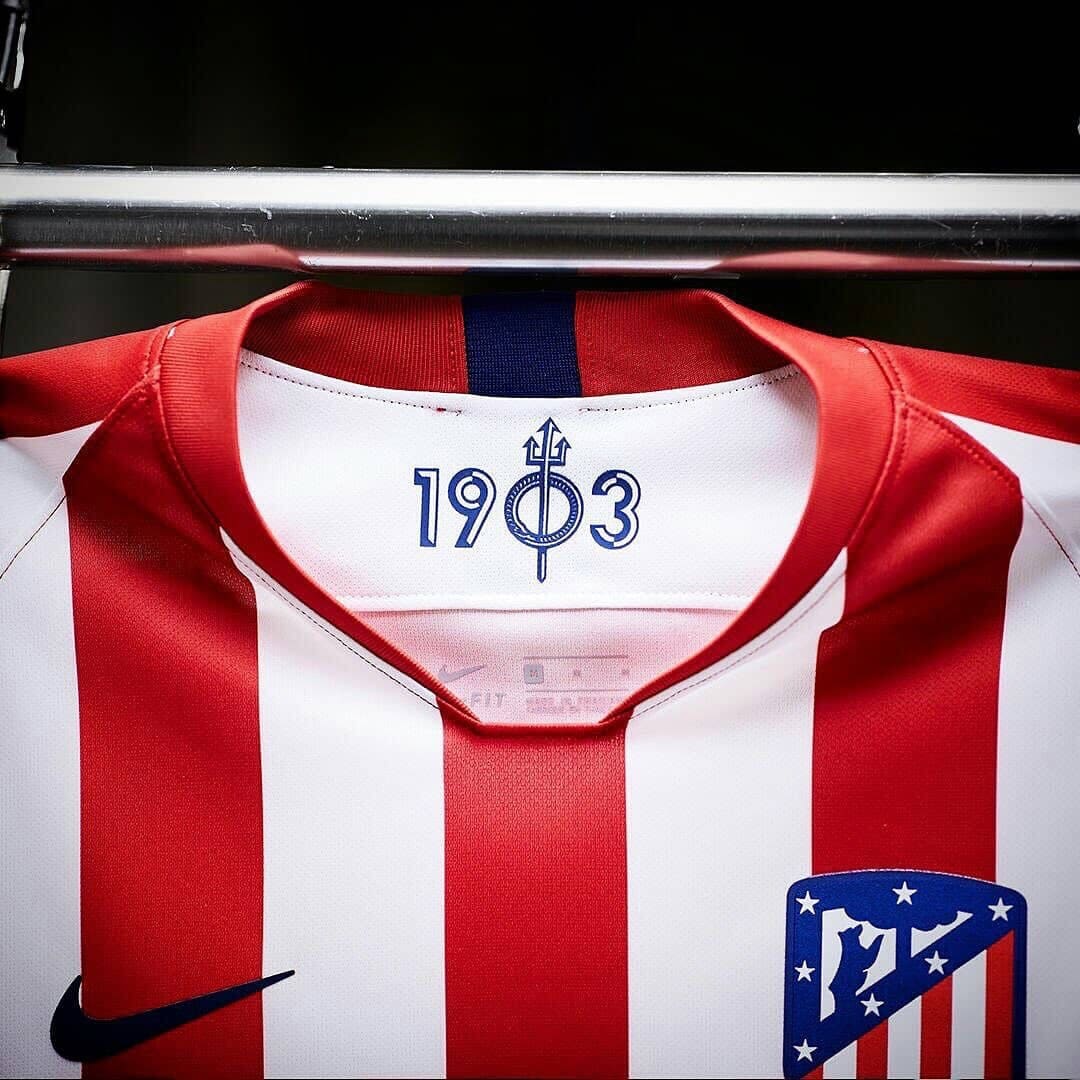 Inside the neckline is the year the club were formed ‘1903’ with the trident of Neptune which symbolises the clubs bond with the city of Madrid and the fountain where Atlético celebrate their titles. 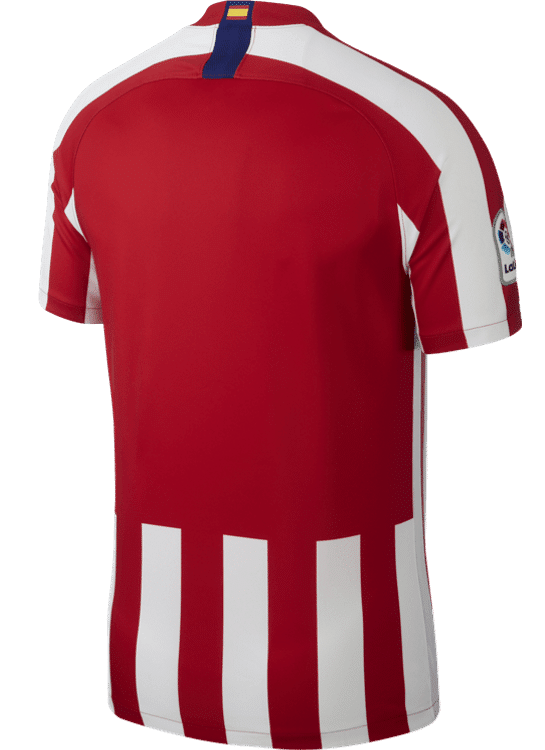 On the back of the neck is a a blue stripe with a small Spain flag at the top. 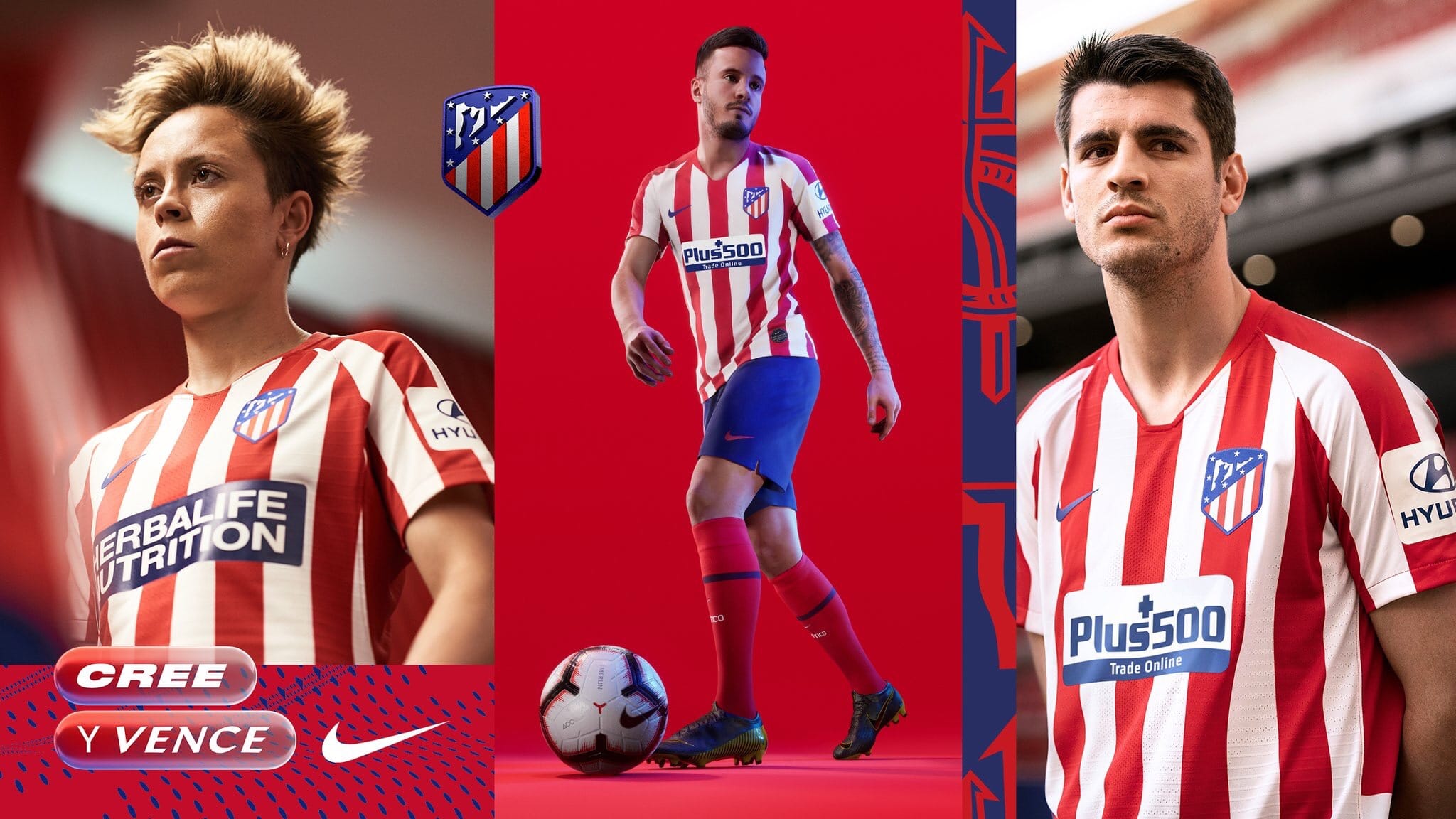 Blue shorts with red socks complete the home Atletico Madrid kit 2019-20 which takes its inspiration from the kit they wore in when they won the Europa League in 2010.