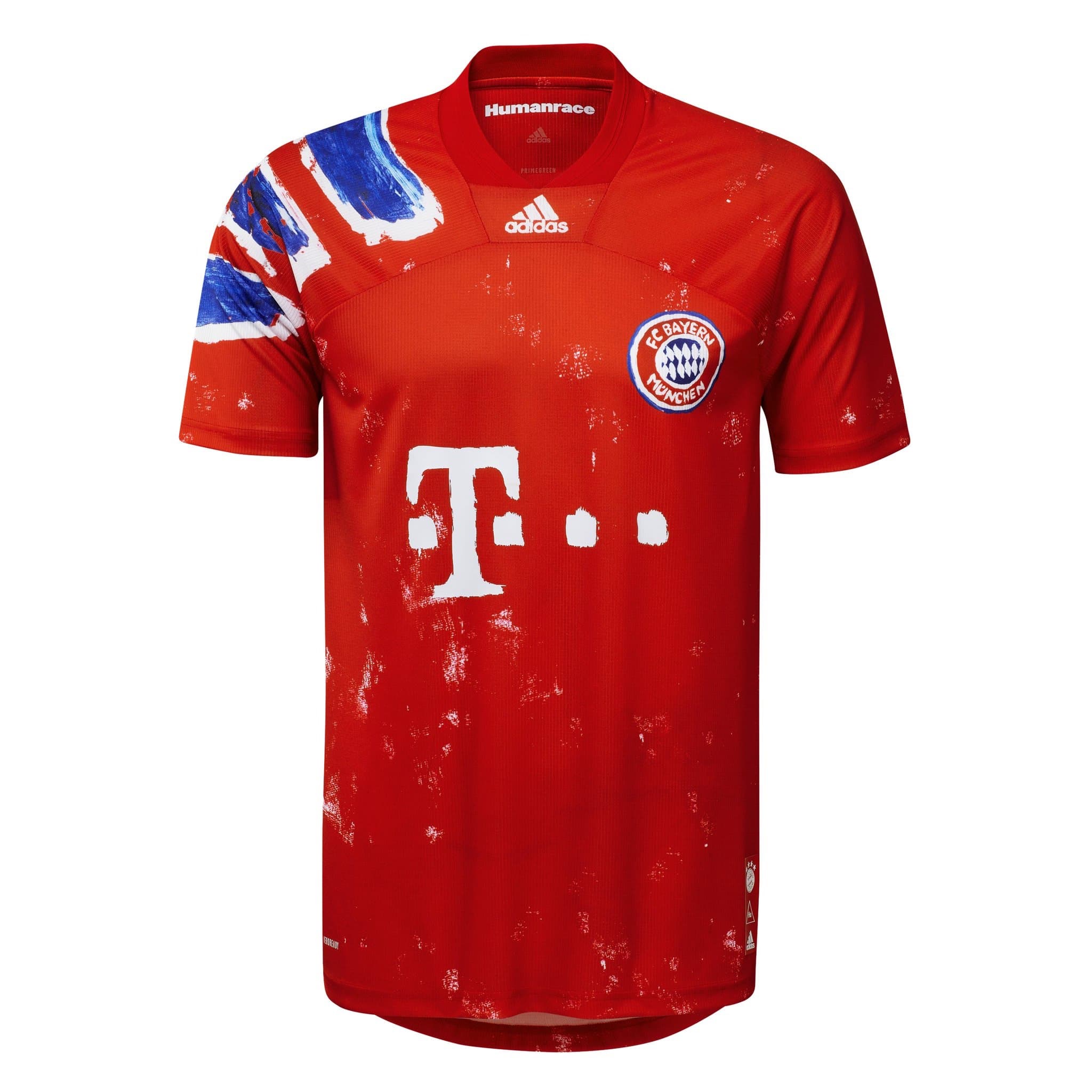 Based on the iconic 1991-93 Bayern Munich home kit the 2020-21 Humanrace shirt is red with a hand drawn pattern on the front. 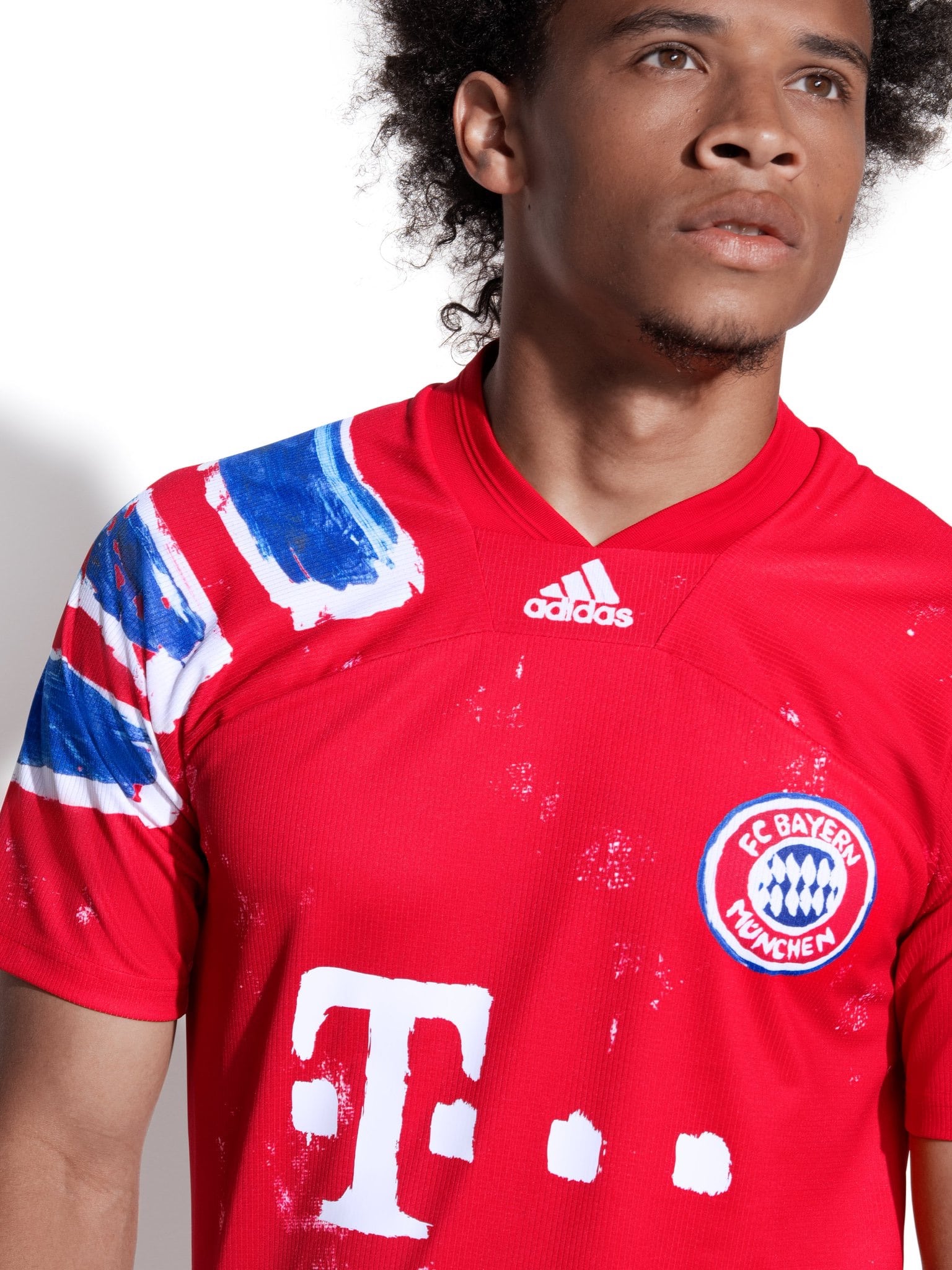 Paint effect big blue Adidas stripes are placed on the right shoulder with a white outline. 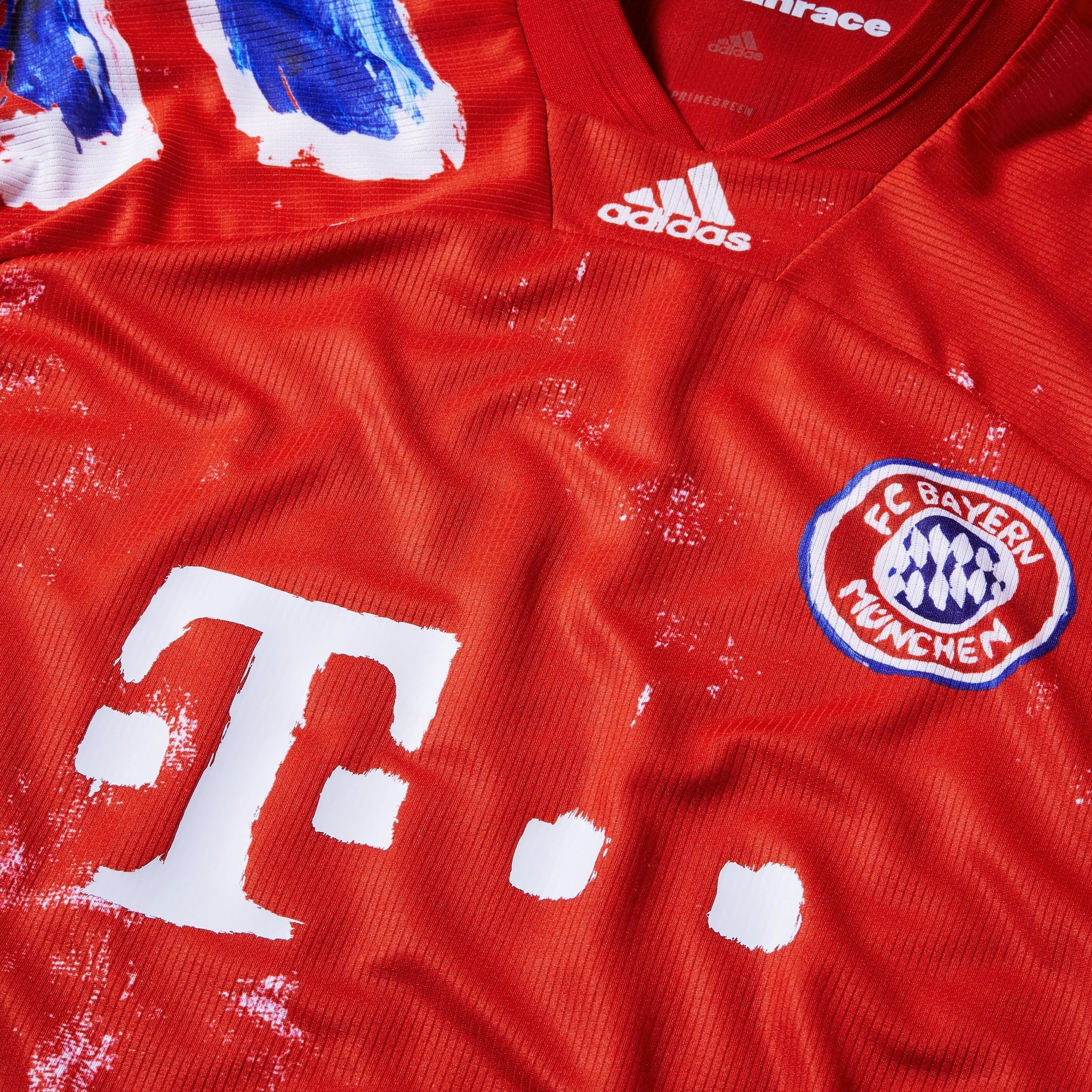 Both the FC Bayern Munich badge on the left breast and the shirt sponsor also feature a distorted paint effect. 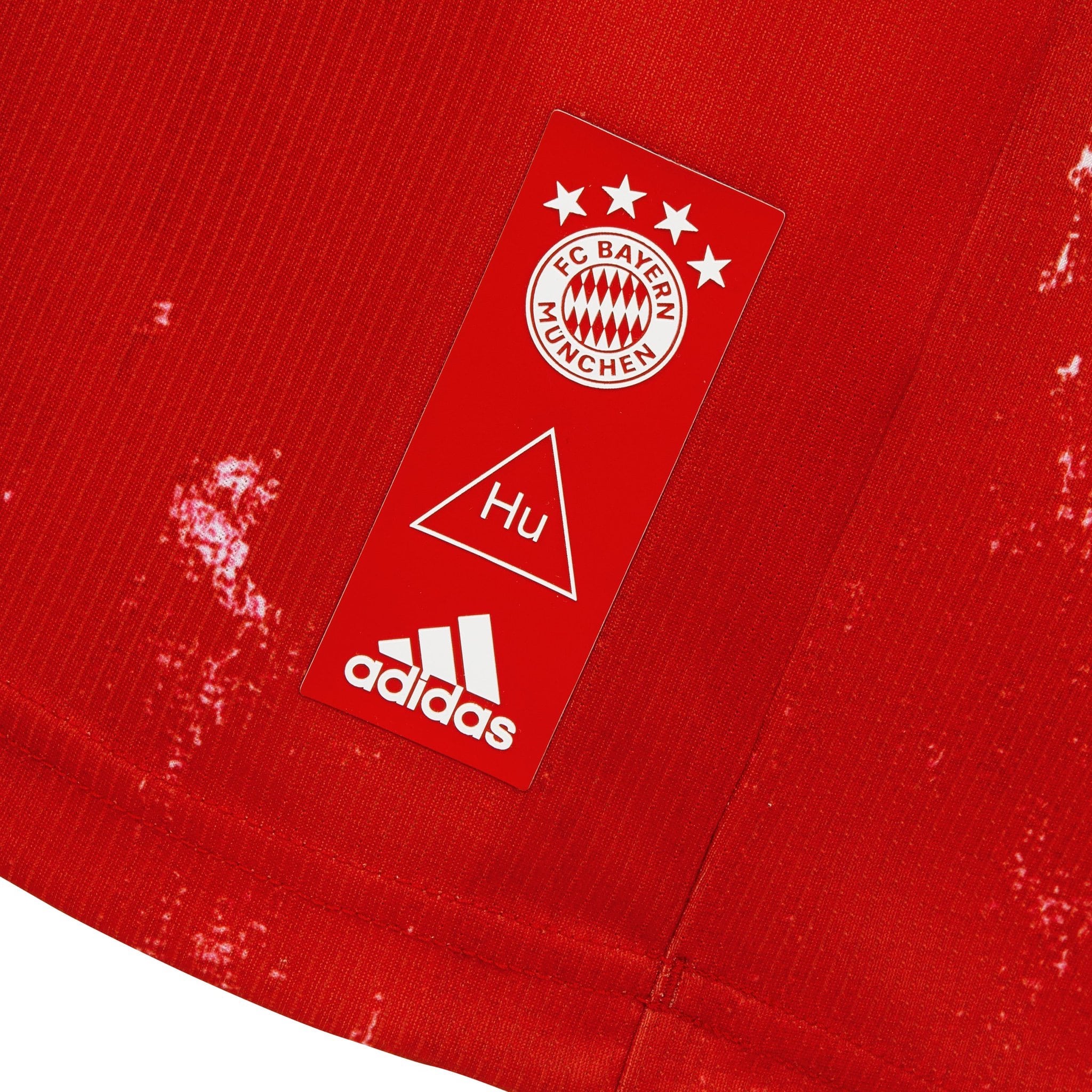 A special tag is placed on the left side of the front.

White ‘Humanrace’ text appears on the lower back. 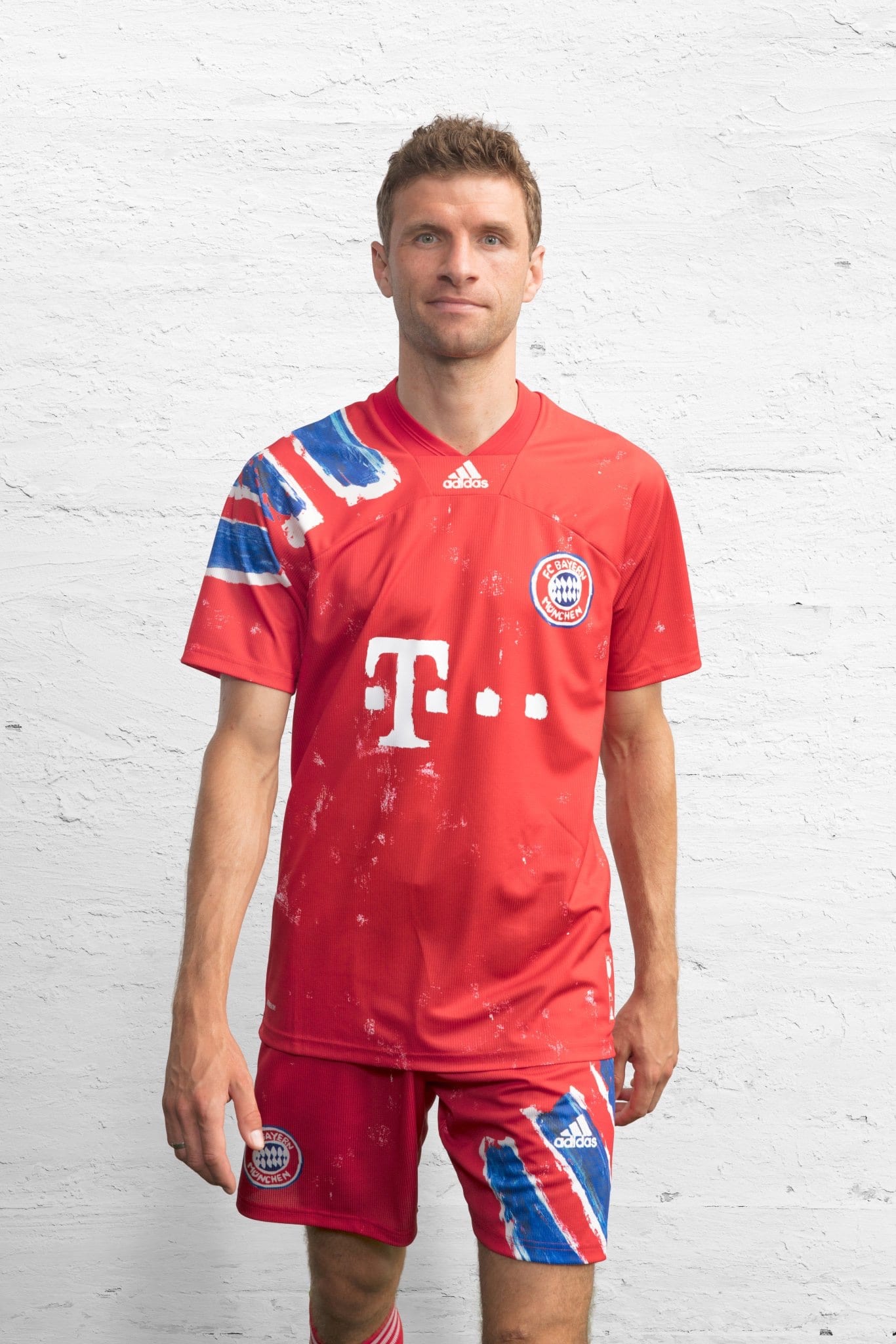 FC Bayern Munich will wear the unique Humanrace kit during the second round of the DFB Cup which is set to take place on 22/23 of December.