Football kit news from Italy this morning as a special limited edition AC Milan 120th anniversary shirt made by Puma has been released. 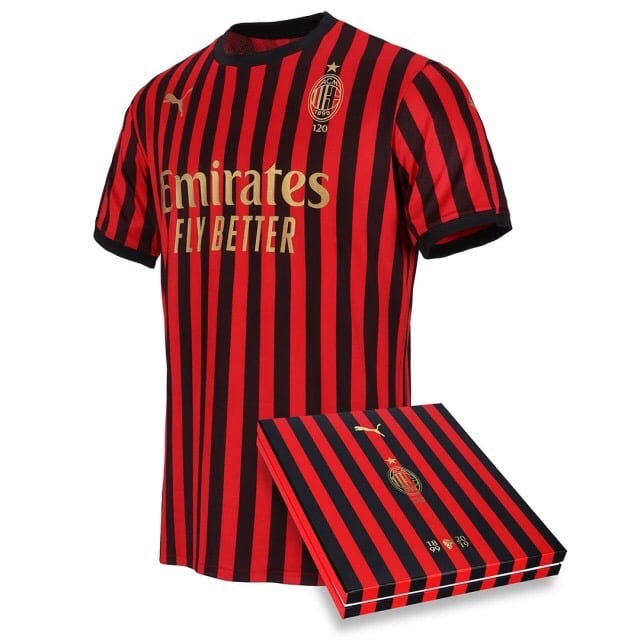 The 2019-20 AC Milan 120th Anniversary shirt is made up of thin red and black vertical stripes.

Both the crew neck collar and the cuffs are coloured black. 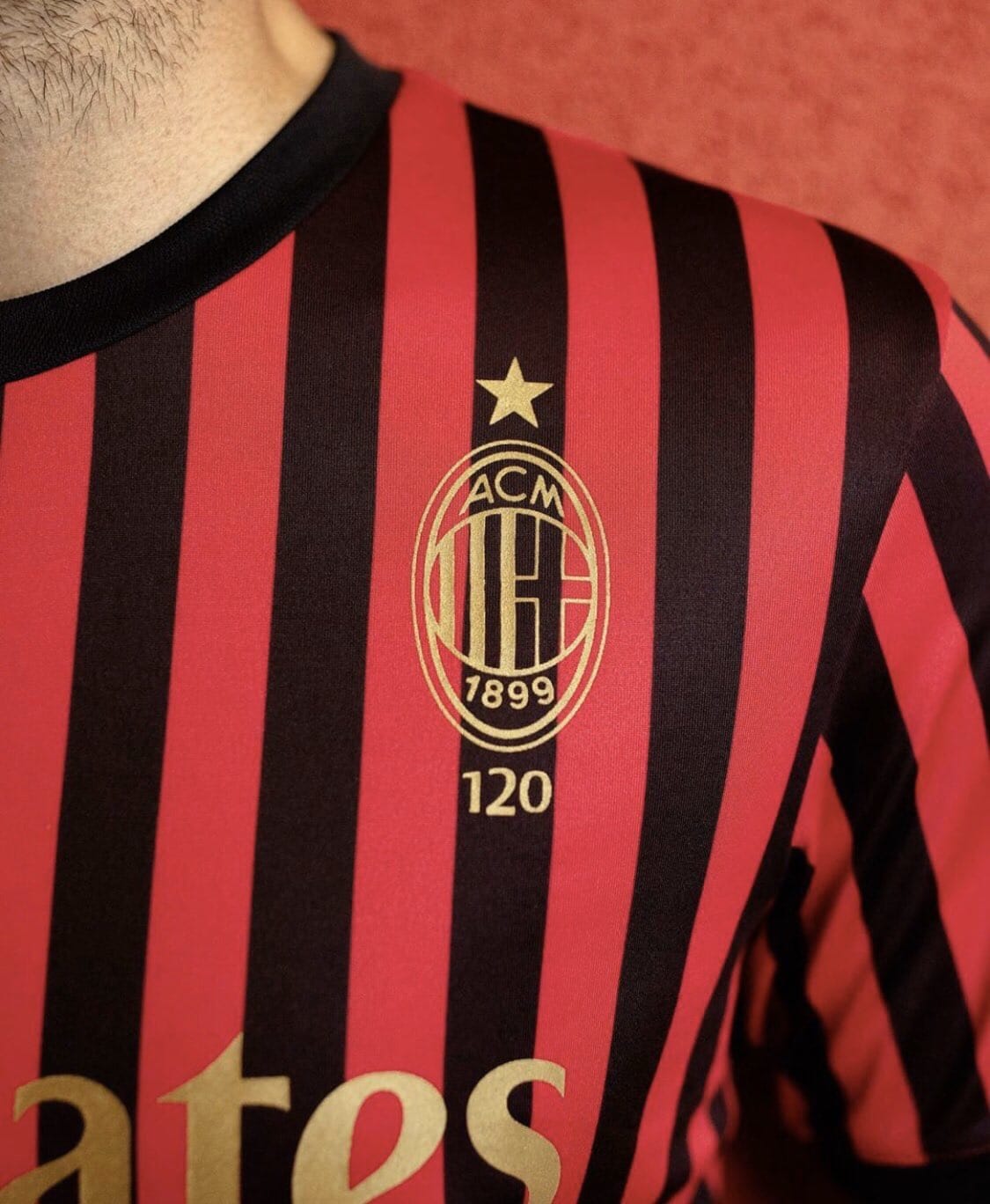 A gold Puma logo is placed on the right breast whilst a gold monochrome 120th anniversary AC Milan crest is placed opposite on the left breast.

Emirates Fly Better have their logo in the centre of the football shirt. 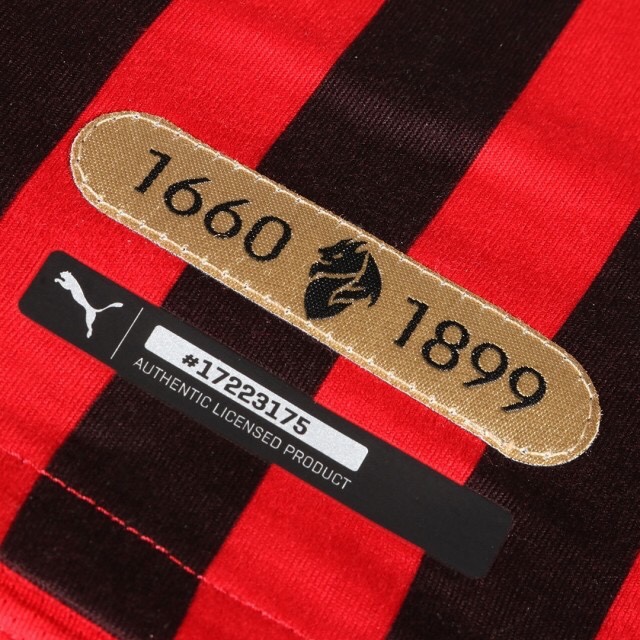 A gold tag that shows the shirts individual number out of the 1899 produced. 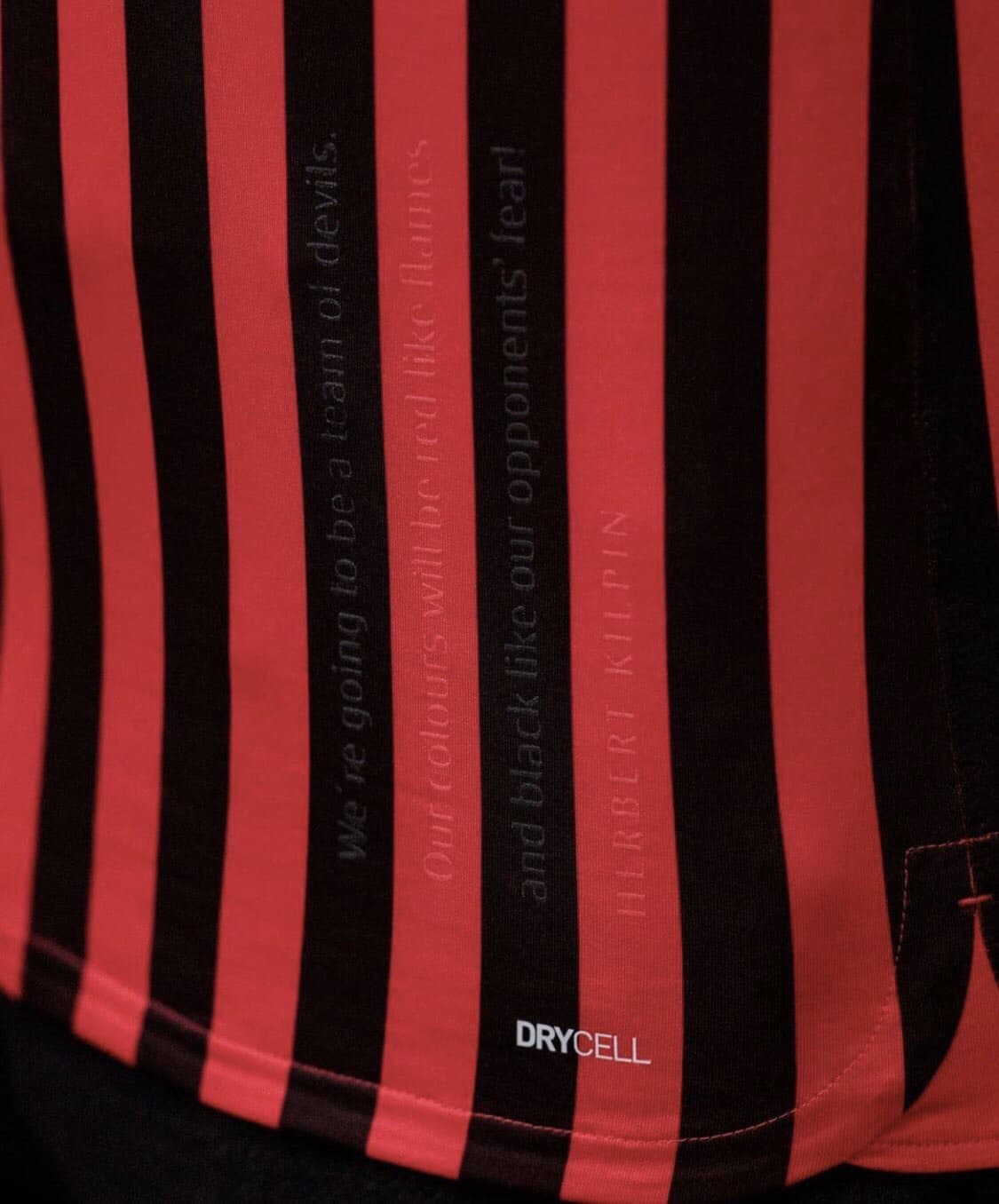 On the bottom left corner of the front the phrase, “We will be a team of devils. Our colours will be red like fire and black like the fear we will invoke in our opponents!” by Herbert Kilpin subtly appears on the black and red stripes. 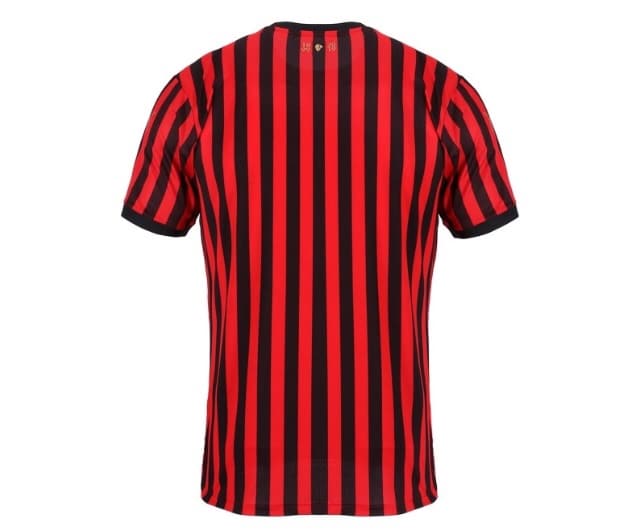 Thin red and black stripes continue down the back of the jersey. 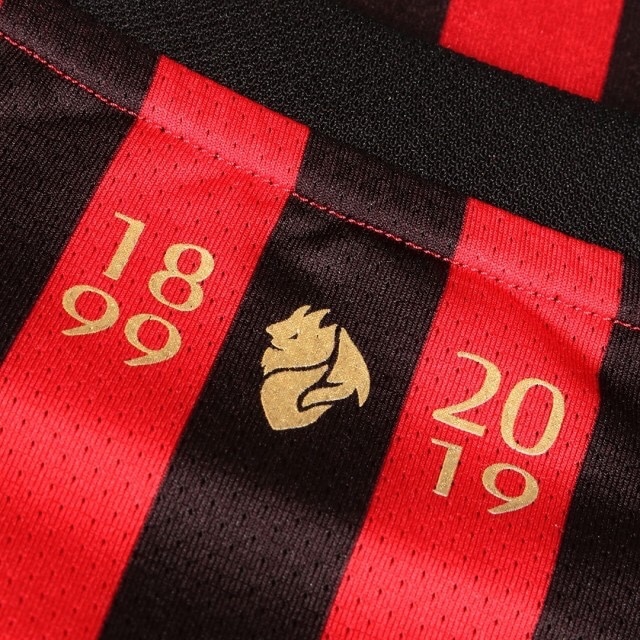 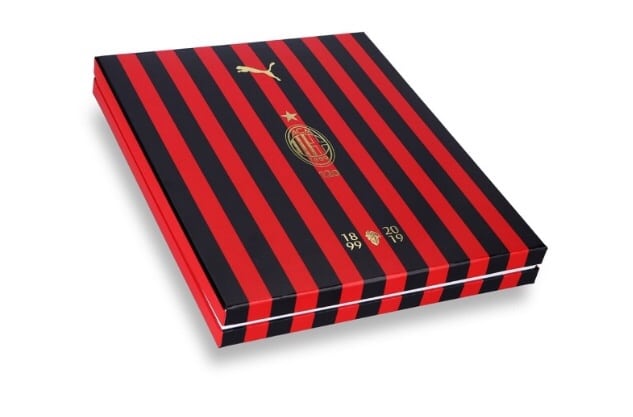 The limited edition AC Milan 120th Anniversary jersey comes in a presentation box and retails at €189,90 whilst only 1899 are available.