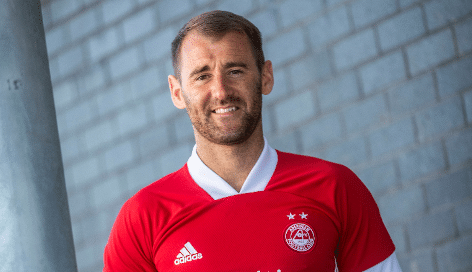 The 2020-21 Aberdeen home shirt is inspired by that worn by the club during 1958-1964 and sees a predominantly red jersey featuring a thick white collar and cuffs. 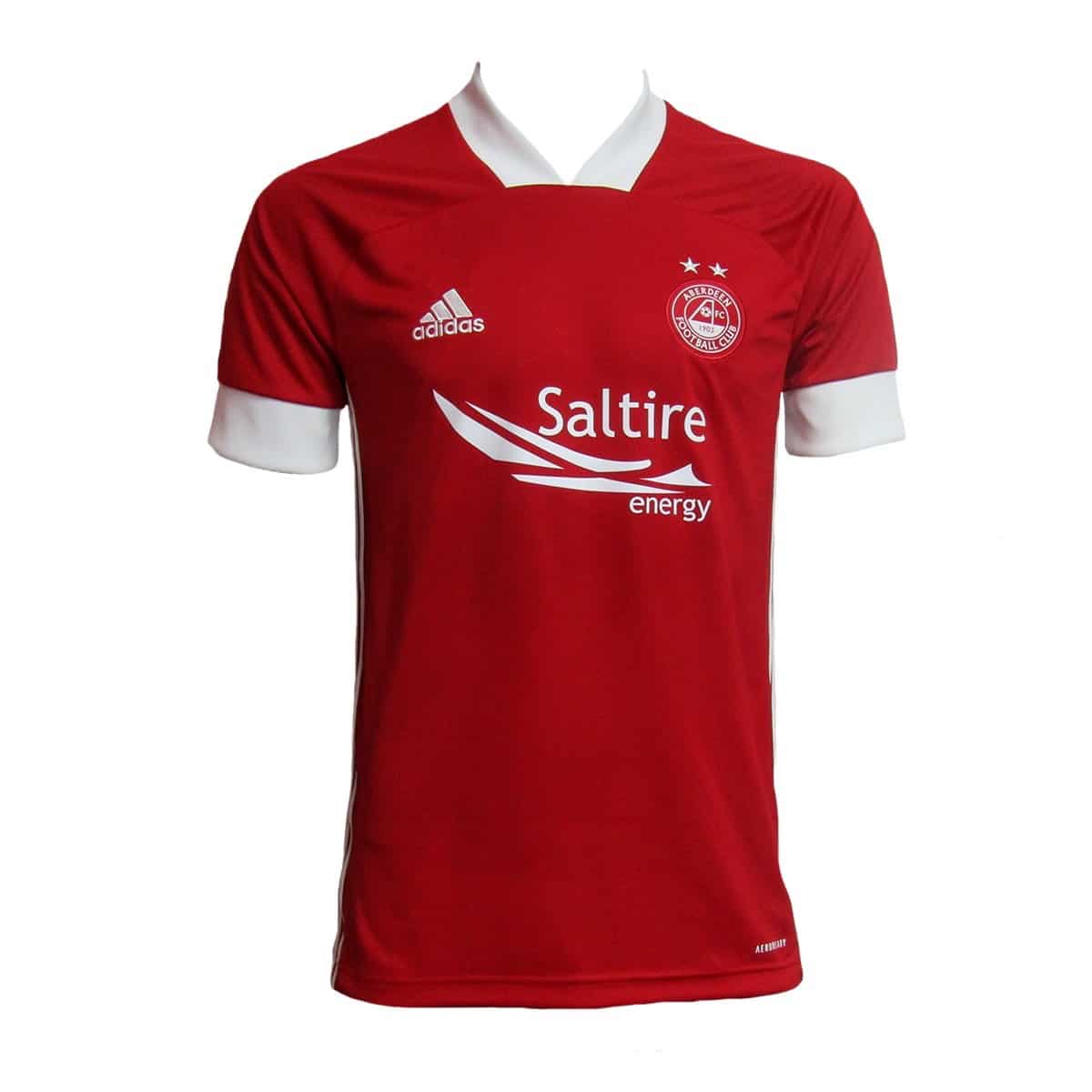 Saltire Energy have their logo in the centre of the football shirt also coloured white. 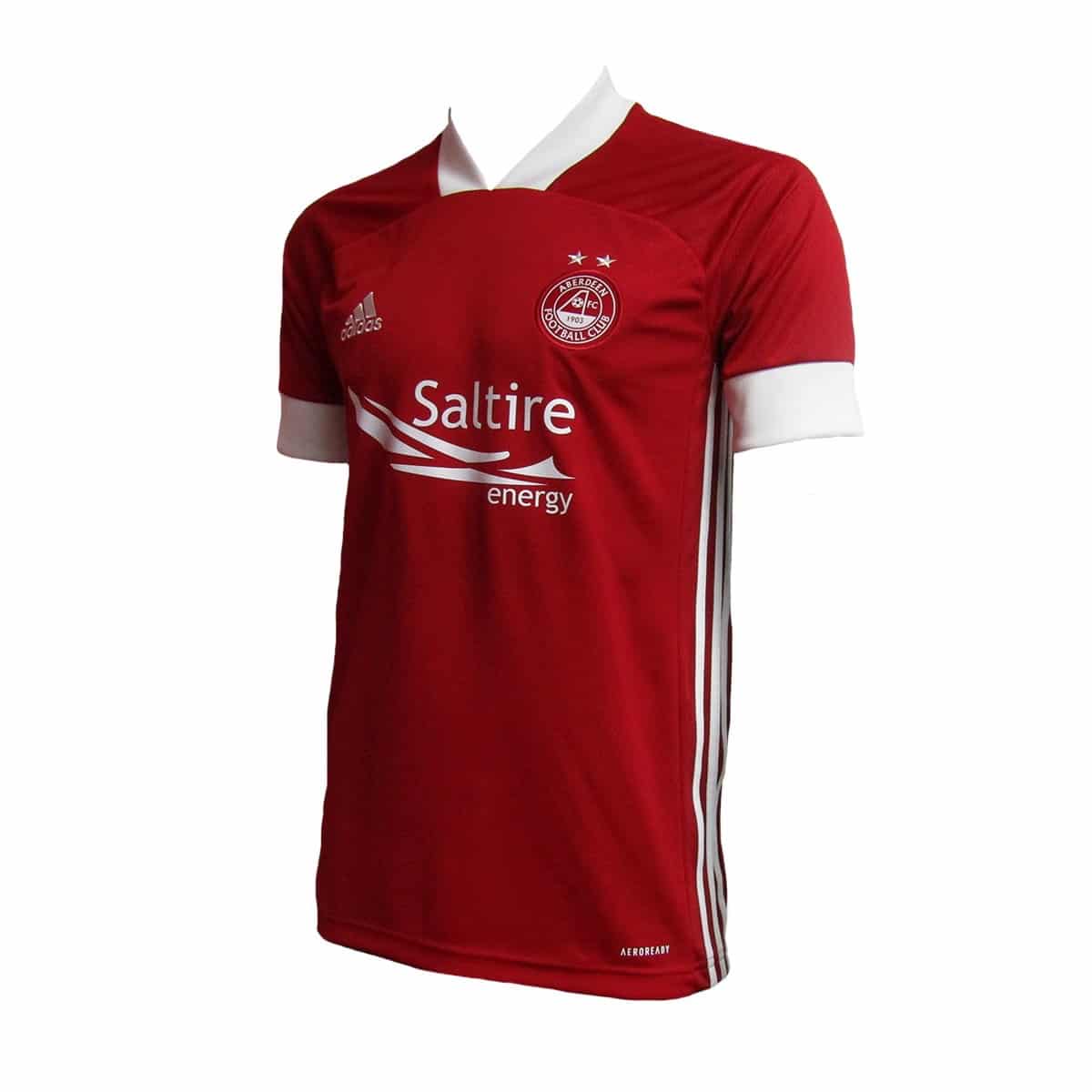 The famous Adidas stripes run vertically down the sides of the football shirt. 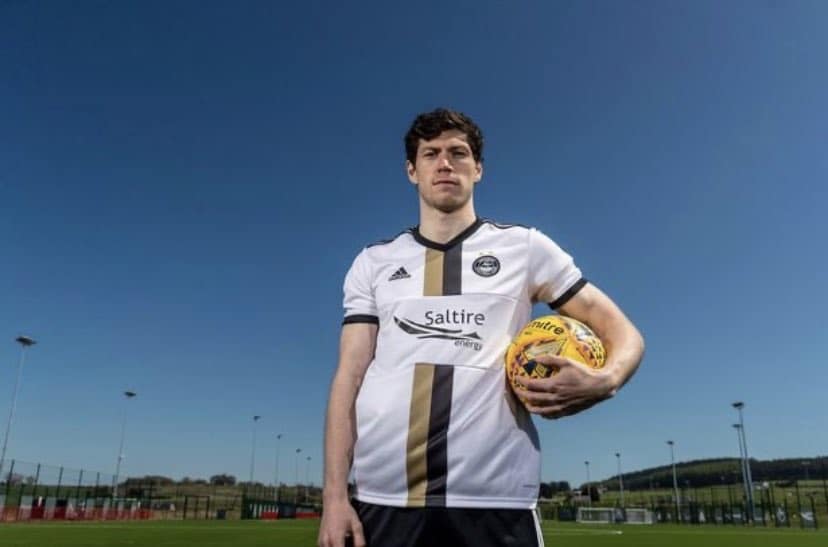 The 2020-21 Aberdeen FC away jersey is white with a black and gold centre stripe which is broken in the centre to make room for the black shirt sponsor. 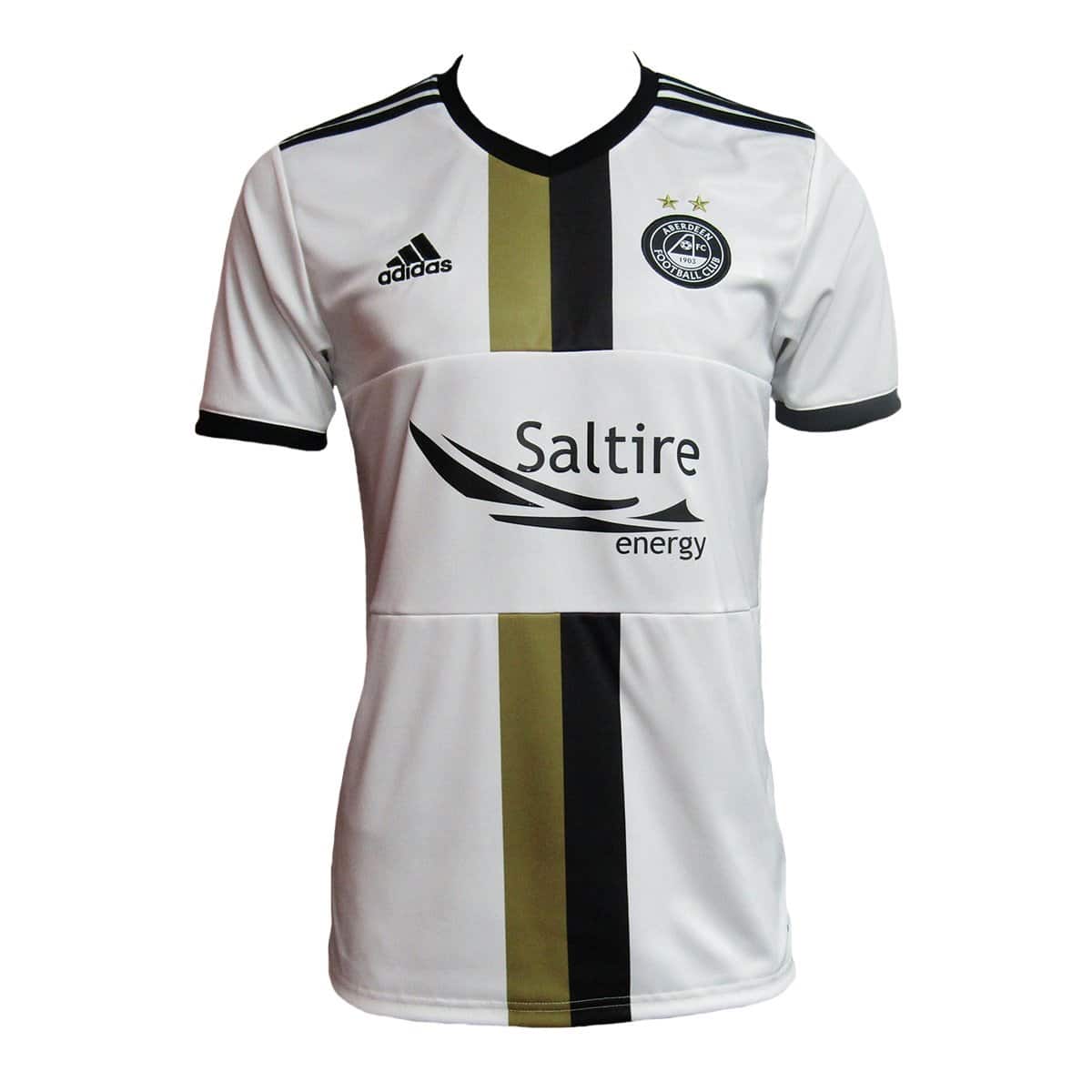 Both the collar and cuffs are coloured black as are the Adidas stripes on the shoulders and the German brands logo on the right breast. 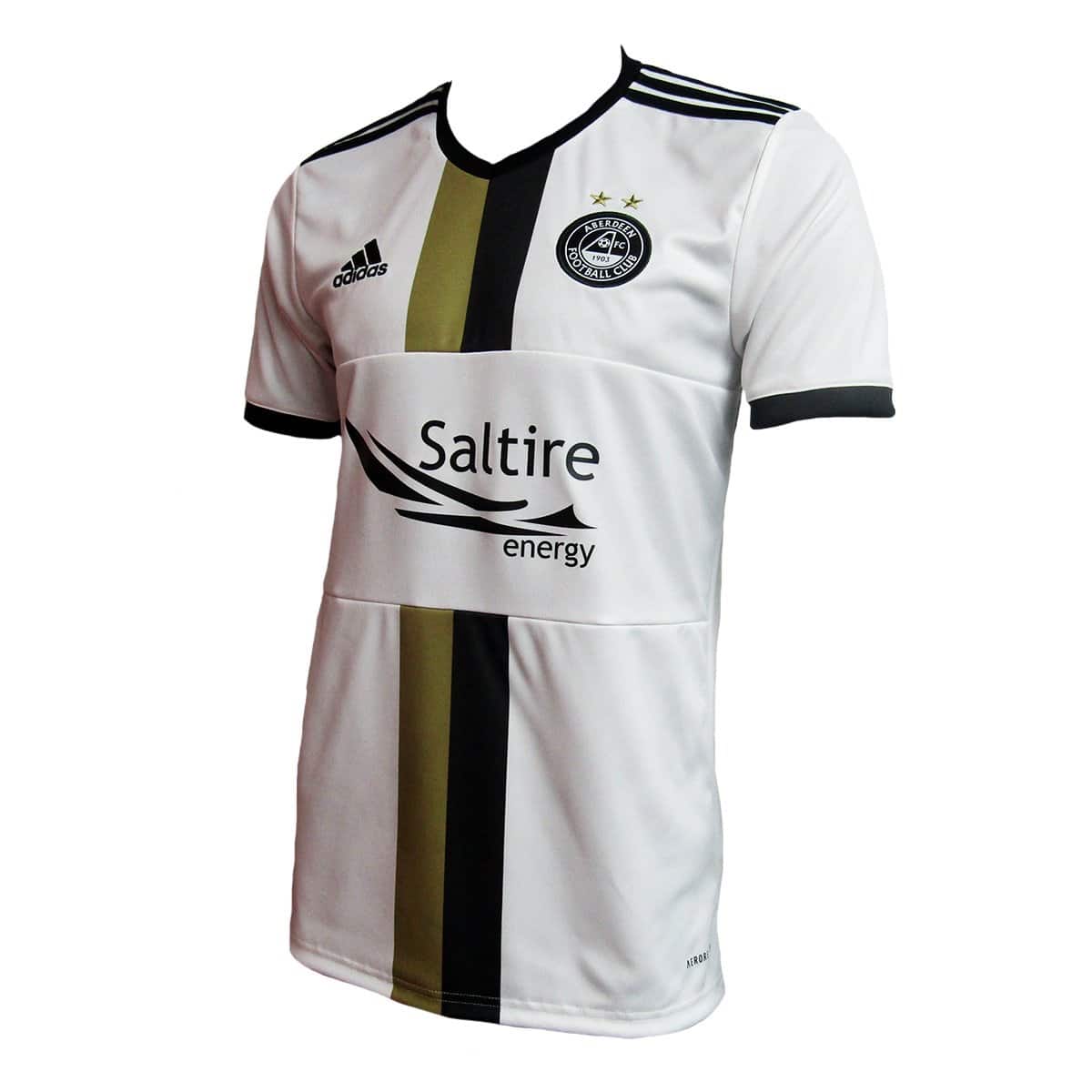 On the left breast is a black monochrome Aberdeen FC crest.